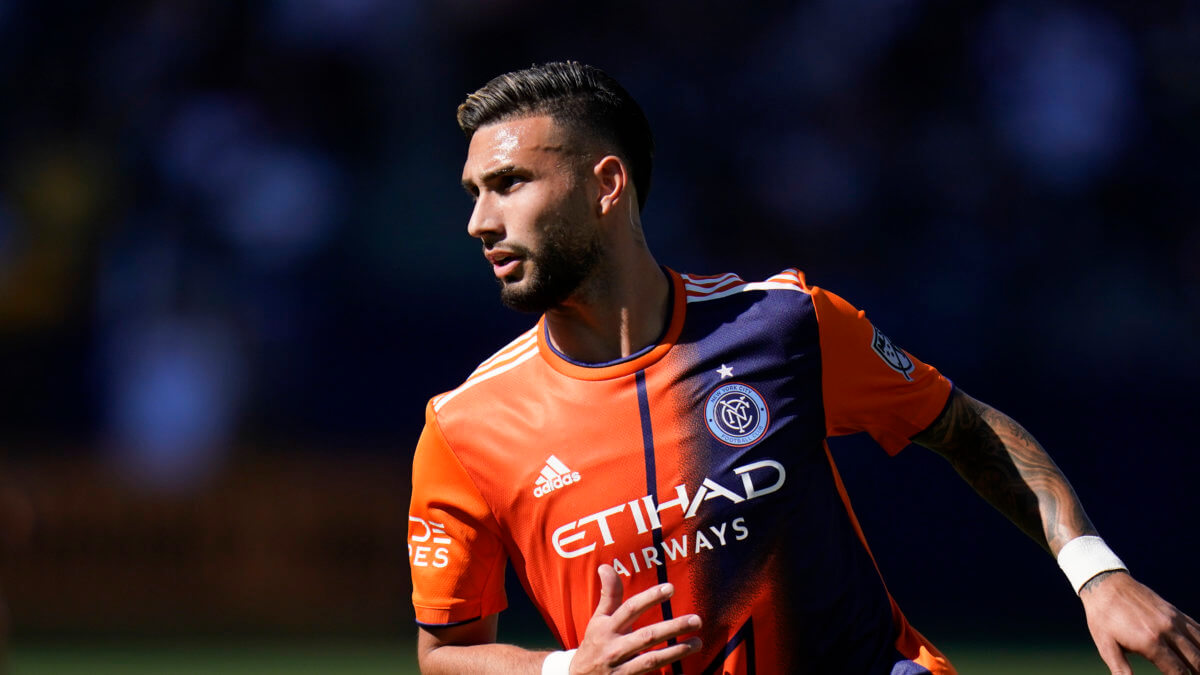 With 13 matches remaining in their title defense season, NYCFC is losing its top scorer, Valentin Castellanos, to one of the largest leagues on the planet.

The club announced on Monday that they’ve loaned the 23-year-old Argentine forward to Girona FC of Spain’s La Liga for the 2022-23 season, which begins in August.

NYCFC currently sits in second place in the Eastern Conference, one point back of the Philadelphia Union.

Castellanos’ departure is a sizable one considering he won MLS’ golden boot award for the league’s top scorer last season with 19 as he helped NYCFC win its first-ever title. He currently holds the MLS lead for goals this season as well with 13.

“While it is difficult to leave this club, I strongly believe that this is the right time for me to move to Europe which has always been a personal dream of mine,” Castellanos said. “I feel confident and ready for a new challenge.

“I was so proud to be able to win the Golden Boot last year and help the team bring home the Club’s first MLS Cup for our fans – it is a special moment in my life and one that will live with me forever.”

Girona FC is making its return to La Liga — the top tier of Spanish soccer that features world powerhouses like Real Madrid, Barcelona, and Atletico Madrid — after ending a three-season stint in the second division last season thanks to a victory in the promotion playoffs.

“We understand that he is eager to test himself in a new league, NYCFC sporting director David Lee said. “This option is the best for all parties where we are able to continue to take a long-term view of his career and what we ultimately believe he is capable of.”

NYCFC’s next leading scorer is the 30-year-old Brazilian forward Héber with six in just 478 minutes of work this season after returning from a torn ACL. He’ll get an expanded role beside another Brazilian in 20-year-old Talles Magno, considered one of the top young players in the world last season by Goal.com.

“At NYCFC we have an incredible group of players with a variety of strong attacking options,” Lee said. “We have a tremendous amount of belief in these players and our goals for the season remain the same.”

For more NYCFC coverage like this update on Valentin Castellanos’ loan, visit AMNY.com