What Nets are looking for in next head coach 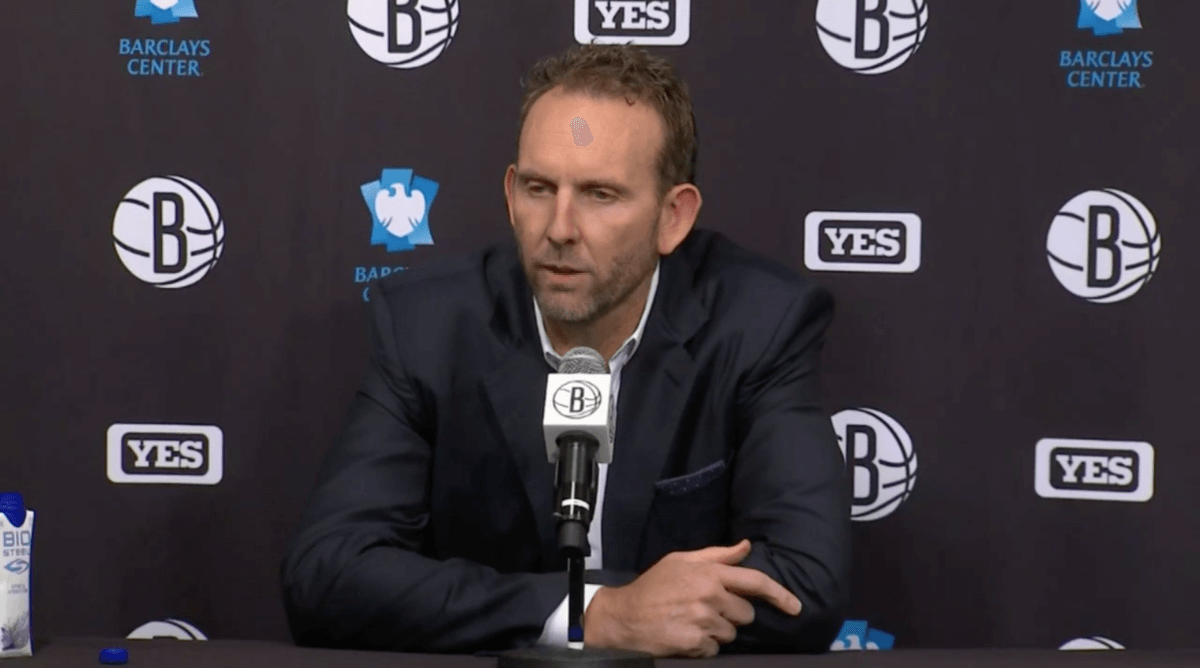 All signs are still pointing to Ime Udoka as the next Nets head coach, even as general manager Sean Marks had tried to downplay reports that Brooklyn had already made a decision on the vacant position. During a press conference on Tuesday before the Nets’ sixth loss o the year, Marks laid out what he envisioned the qualities the next head coach would have.

Marks is well aware of the uphill battle whoever takes the job will have after the Nets have gotten off to a 2=6 start and have already had to deal with an off-the-court issue with Kyrie Irving after he tweeted a link to a film filled with antisemitic tropes.

“The candidates that we’re looking for are going to be bringing that (competitiveness),” Marks said. “That’s gonna be one of their attributes: competitive and having a voice to be able to hold guys accountable. The same things we’ve mentioned, you know, over the course of the last year, a few years that that’s what we wanted to.”

The Nets have fallen well short of the massive expectations that they had shouldered over the past two seasons. with a lineup boasting Kevin Durant and Irving, along with James Harden at one point and now Ben Simmons, Brooklyn had been among the favorites to compete for a title. Instead, they’ve won just one playoff series and had to deal with a number of issues both on and off the court.

Marks himself had highlighted the need for a change in the team’s culture in May following a first-round sweep at the hands of Udoka and the Boston Celtics.

“I think what you’re looking for is, is a leader,” Marks said.  “We’re looking for somebody to have poise, charisma, accountability. … I’ll be the first to say it, there’s certainly holes. I mean, we’re not a finished product. We’re not playing up to our expectations or where we should be, so you hope this new coach can come in here and put this group in the best possible place to succeed. “Whether that’s through basketball acumen with us through their character, whether that’s through their experiences and all of those together.”

While Udoka certainly has those qualities from a basketball perspective, he also comes with plenty of baggage for a team already dealing with plenty of non-baskteball-related issues. Udoka was suspended for the season after carrying on an inappropriate relationship with a female subordinate.

Udoka’s possible hiring has already drawn a statement from one women’s advocacy group calling on the Nets not to bring him aboard.

“The Nets represent Brooklyn — one of the most progressive places in the country. To hire someone as head coach who has proven to act irresponsibly in a position of power would contradict many of the standards New Yorkers not only follow, but established as the birthplace of the #MeToo movement,” Bridget Todd, director of communications at UltraViolet, said as part of a statement released on Wednesday.

“As such, UltraViolet is joining the many calls for the Nets not to hire Ime Udoka as the team’s new head coach.”

It remains unknown when the Nets will announce a new hire. Brooklyn will hit the road for three games starting on Friday in Washington D.C. that will include stops in Charlotte and Dallas before returning to New York next Wednesday.

Reports continue to indicate the hire could come soon, possibly before the road trip starts.