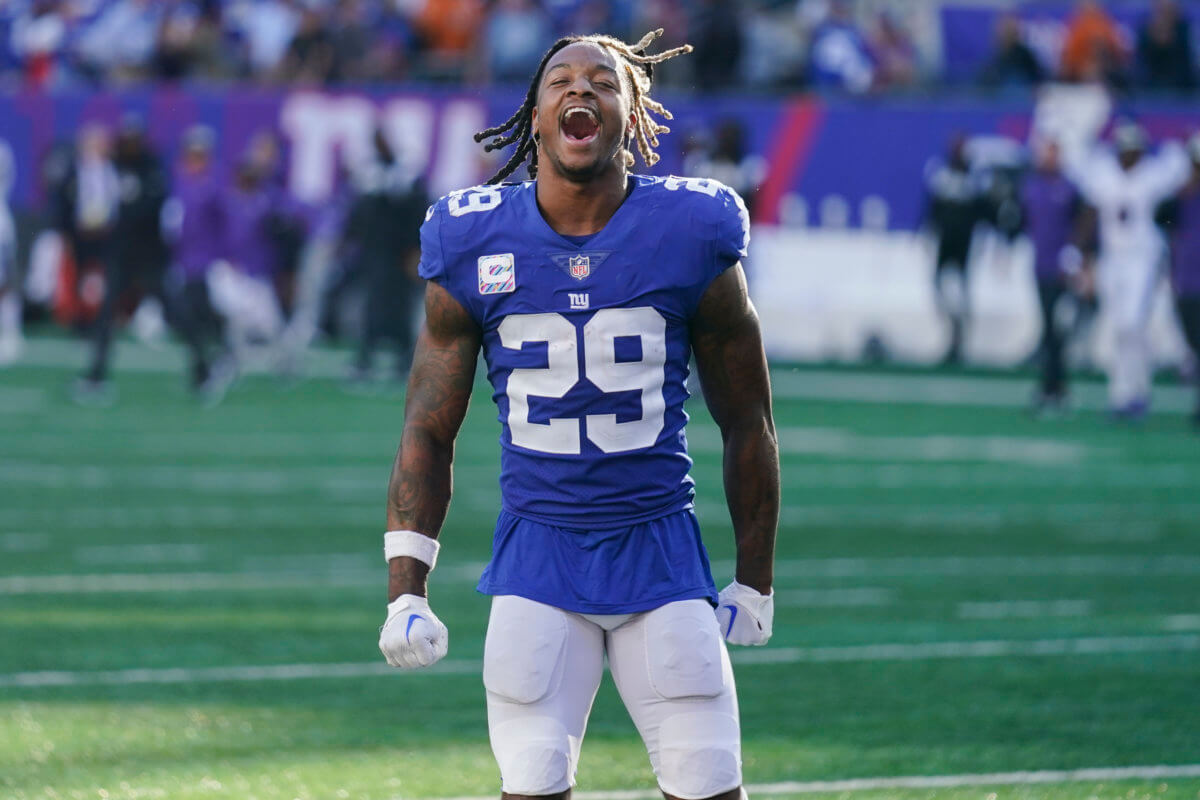 The status of Xavier McKinney remains very much in question for this season, especially the way Giants head coach Brian Daboll was talking during Wednesday’s practice.

Daboll told reporters at the team’s practice facility in East Rutherford that McKinney had the pins removed from his hand that he injured in an ATV accident during the Giants’ bye week. While the news sounded like it was a positive step, Daboll seemed to indicate there was still a ways to go for the free safety.

“Still, there’s a lot probably more to discuss on that — really, for the doctors and the trainers,” Daboll said, according to NJ.com.

The Giants coach kept his answers particularly vague about his expectations of seeing McKinney again this season. When he was asked if he had more benchmarks to clear, Daboll said that he thinks so.

And when the question of a return this year Daboll told reporters that he hopes that he can but that “I don’t know that answer.”

“I don’t want to use the patented ‘I’m no doctor,’ but on this one, I just know he got [the pins] out, and I don’t know a whole lot more than that,” Daboll said.

McKinny suffered the hand injury while on a sightseeing tour in Mexico. He announced the injury on social media on Nov. 7 and when he spoke to the media the following day, he said that he broke a finger after the vehicle he was in tilted over.

At the time he was unclear of what the timeline for his return would be.

“Obviously it hurts. These guys, we’ve put in the work,” McKinny said back in November. “Countless amount of hours together. I know what I put into this game. I know how much we have collectively as a group put into what we’ve done to build where we’re at now. It hurts a lot for me. Mental rollercoaster for me, but I’m going to continue to be here for my team, I’m going to continue to lead how I do and just make sure that I can be able to help and provide to win these games whether I’m playing or not.”

McKinney had been coming off a game against Seattle where he came up with a big sack on Seahawks quarterback Geno Smith. He had 38 total tackles this season for the Giants, two tackles for a loss, a forced fumble, and four pass breakups.

This had been his third year with the Giant and had started all eight games for New York to start the year. McKinney was named a captain at the beginning of the year and was a signal caller on the defensive side of the ball.