By David Shepardson, Reuters
comments
Posted on May 28, 2021 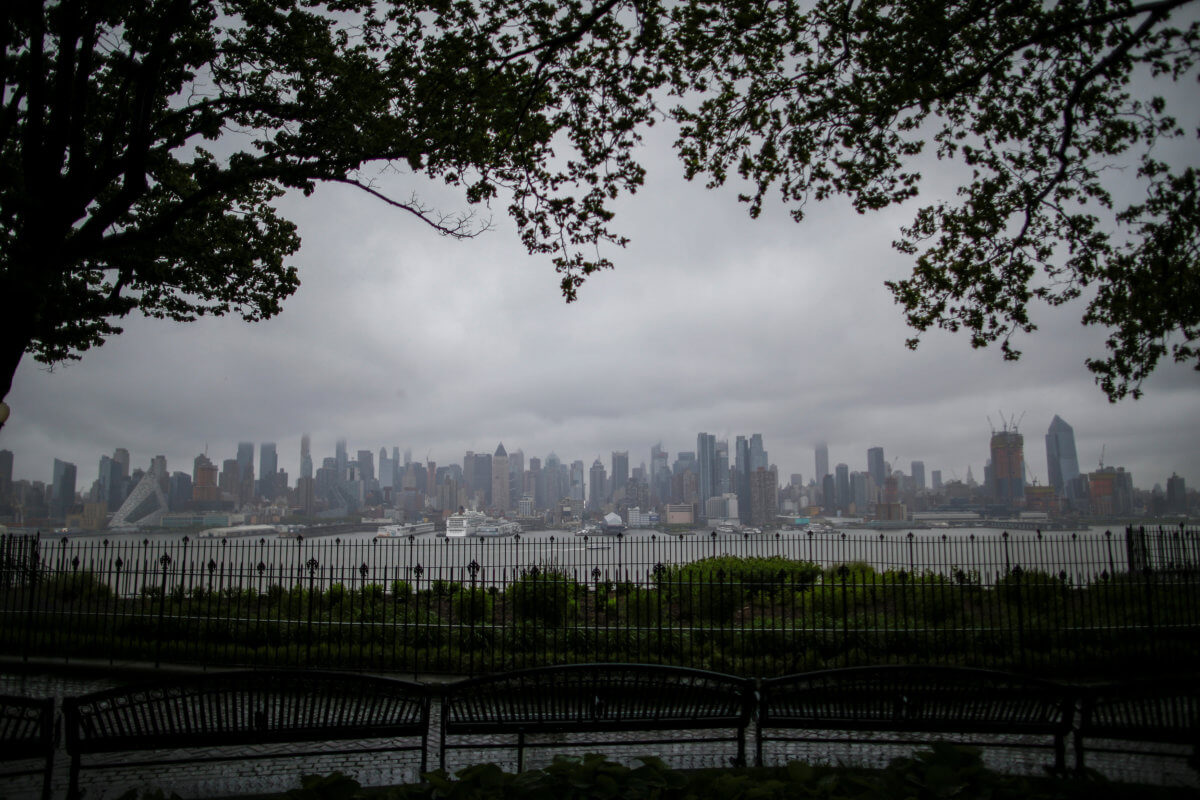 FILE PHOTO: The skyline of Manhattan in New York is seen during a rainy day from Weehawken, New Jersey, U.S., May 13, 2017. REUTERS/Eduardo Munoz

Two U.S. agencies on Friday said a planned $11.6 billion project to reconstruct and add a new tunnel between New York City and New Jersey reached two key milestones that will allow it to advance and receive federal funding.

The Federal Railroad Administration and Federal Transit Administration on Friday jointly issued the final Environment Impact Statement and Record of Decision for the Hudson Tunnel Project, key steps for the project that is a crucial economic link in the U.S. Northeast.

“This is a big step for the Northeast, and for the entire country, as these tunnels connect so many people, jobs, and businesses,” U.S. Transportation Secretary Pete Buttigieg said in a statement.

The Hudson Tunnel Project is one component of the Gateway Program, a major project to overhaul much of the aging rail infrastructure in the New York City area.

U.S. passenger railroad Amtrak in April asked Congress for $16 billion for Gateway, including $6.7 billion over five years for the Hudson Tunnel project. The project would result in four modern tubes connecting New Jersey to New York Penn Station in Manhattan.

The 111-year-old New York City-area rail tunnel was damaged in 2012 when Superstorm Sandy flooded parts of the city.

The department noted no federal funding has been dedicated for the Hudson Tunnel project to date. Completion of these two steps is a prerequisite for either agency to direct future federal funding to advance this project through pre-construction activities such as engineering, final design development, property acquisition and construction.

The Hudson Tunnel project includes building a new rail tunnel under the Hudson River and rehabilitating the existing tunnel, known as the North River Tunnel, once the new tunnel is complete.

When rehabilitation is complete, both tunnels would provide redundant capacity and increased operational flexibility for both Amtrak and NJ Transit.

President Joe Biden has proposed a $2.3 trillion jobs and infrastructure spending that includes $39 billion for modernizing the northeast rail corridor.

In total, Amtrak is seeking $31 billion from Congress over five years to overhaul the Northeast Corridor, the Boston to Washington, D.C., corridor that is the busiest passenger rail route in the country.