Human stories told at ‘Titanic: The Exhibition’ in Manhattan 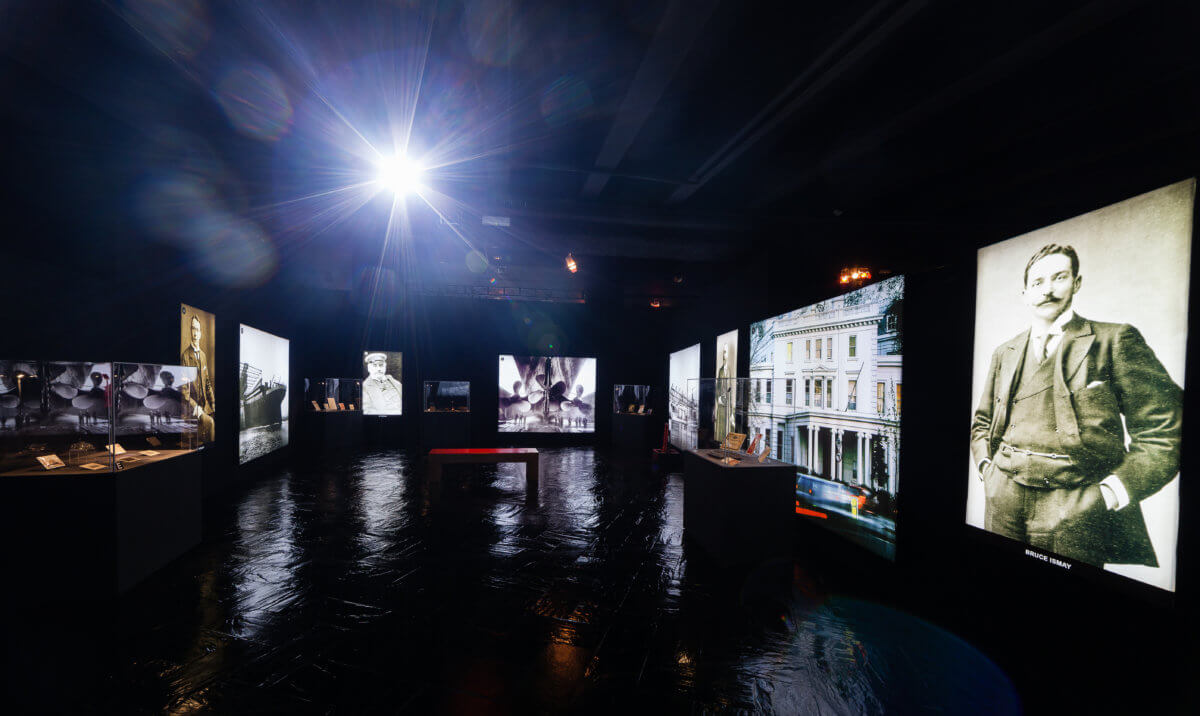 A room at Titanic: The Exhibition
Photo: Musealia

“Titanic: The Exhibit” opened on Nov. 11 in New York at 526 6th Avenue from the award-winning exhibitions creator and producer Musealia, in partnership with Fever and Exhibition Hub.

Following a sold-out show run in London, the exhibit features around 200 specially-selected artifacts, some of which have never before been displayed in the U.S. The exhibit is curated to highlight the human stories that can be told from what remains from the wreckage 110 years after its sinking.

“When people walk through the exhibition and they learn the stories and see the artifacts, they will understand that those who traveled on board the Titanic were not very different from ourselves today,” Director-CEO of Musealia Luis Ferreiro said.

Ferreiro said that the story of the Titanic and its sinking is relevant because of the continuing processes of immigration and safe travel. In telling the stories of how these issues arose within the subsection of society on the Titanic, Ferreiro hopes that connections can be made to the future.

The artifacts within the exhibition were chosen because of the certainty surrounding their ownership and history. Visitors can see a diary written on board the Titanic until the day of the sinking, letters, clothing, a life-vest, a life-sized replica of the water-tight doors within the ship and many objects that tell a detailed story.

“The most important thing of these objects is actually not what we see, but what we know of them. Each artifact has its own historical voice and echo and we want to have a conversation with each visitor,” Ferreiro said.

“All these hopes and dreams were important. You have to understand that in order to realize the dimension of human tragedy the moment they hit the ice-burg,” Ferreiro said.

After introducing attendees to many significant individuals from the Titanic story, the final part of the exhibit lists the names of everyone who lost their lives, offering a space for visitors to sit and reflect before exiting.

The result of Ferreiro’s curation and efforts to recover artifacts by Historian Claes-Göran Wetterholm are on display at 526 6th Avenue offering various sessions running daily. The exhibit should take about 80 to 90 minutes to walk through. Tickets start at $25 and can be purchased at feverup.com.