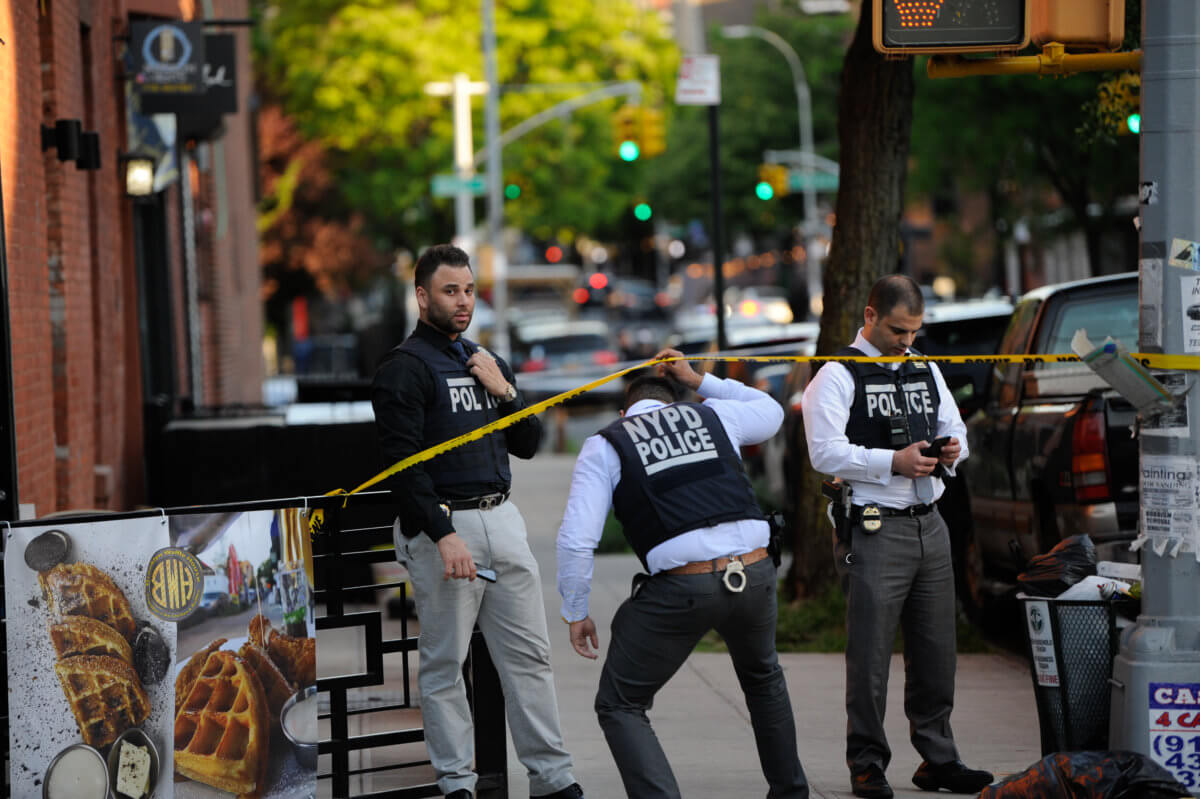 Bronx detectives are looking for the shooters who murdered two people in separate episodes of gun violence across the borough between Saturday night and early Sunday morning.

The most violent event occurred in Claremont Park on Saturday night in which a 17-year-old male was fatally gunned down and four other people wound up being injured.

Law enforcement sources said the shooting happened at about 9:07 p.m. on May 15 inside the park located behind a McDonald’s restaurant at 1625 Webster Ave.

At this point in the ongoing investigation, police do not know the circumstances that led up to the shooting.

Officers from the 44th Precinct, in responding to the park after receiving a 911 call about the shooting, found Armanis Valdez, 17, of Nelson Avenue in the Bronx unconscious and unresponsive, with a gunshot wound to his chest.

EMS rushed him to BronxCare Health System, where he was pronounced dead a short time later.

Police then learned that four other people who were also shot at Claremont Park arrived at BronxCare Health System via private means, seeking treatment.

All four victims were listed in stable condition, authorities said.

No arrests have been made in the ongoing investigation. Cops are now looking for two men who were seen fleeing the shooting.

About three hours later, a 34-year-old man was shot dead in front of an apartment building in Fordham Heights, police reported.

Upon arriving there, police learned that the victim had been shot in the abdomen during a dispute with an unidentified suspect. At this point, police do not yet know what caused the argument.

The victim had been taken by private means to St. Barnabas Hospital, where he was pronounced dead. Police have withheld the man’s identity, pending family notification.

Anyone with information regarding either homicide can call Crime Stoppers at 800-577-TIPS (for Spanish, dial 888-57-PISTA). You can also submit tips online at nypdcrimestoppers.com, or on Twitter @NYPDTips. All calls and messages are kept confidential.