By Robert Pozarycki Posted on January 3, 2021 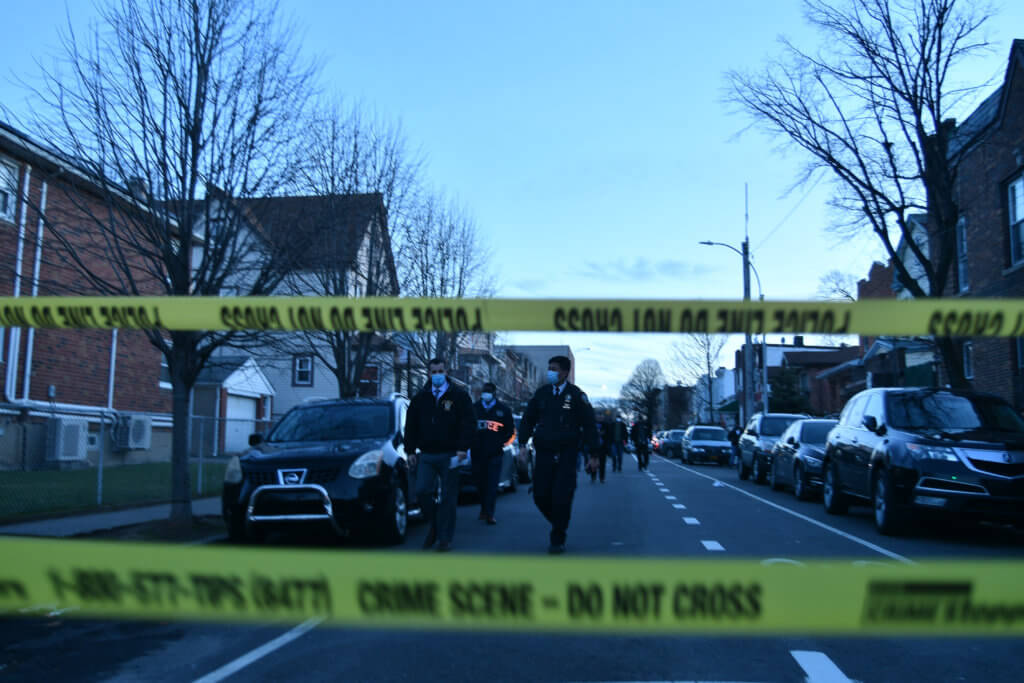 Police officers and detectives from the 115th Precinct investigate the shooting of a woman on 97th Street in East Elmhurst, Queens on Jan. 2, 2021.
Photo by Lloyd Mitchell

Cops are searching for the gunman who shot a 37-year-old woman to death in front of a Queens home in broad daylight on Saturday afternoon.

Police said the murder happened at 3:36 p.m. on Jan. 2 along 97th Street near 32nd Avenue in East Elmhurst.

Officers from the 115th Precinct, while responding to a 911 call, found the victim at the location with gunshot wounds to her abdomen. Paramedics brought her to Elmhurst Hospital, where she died a short time later.

The NYPD has withheld her identity, pending family notification.

At this point in the investigation, detectives have not yet established a possible motive. They are looking for the shooter, whom police described as a man between 35 and 40 years of age who wore a gray hooded sweatshirt, a beige coat, black jeans and white sneakers.

In a separate incident also under investigation, a 21-year-old woman took a bullet to her leg in Brooklyn later on Saturday night.

Cops said the shooting occurred at about 8:22 p.m. on Jan. 2 at the corner of Knickerbocker Avenue and Weirfield Street in Bushwick.

According to law enforcement sources, the victim was shot once in the lower left leg for reasons that remains unknown and under investigation. She was brought by private means to Wyckoff Heights Medical Center for treatment of injuries not considered life-threatening.

Police sources said the victim is being “uncooperative” with detectives. No arrests have been made.