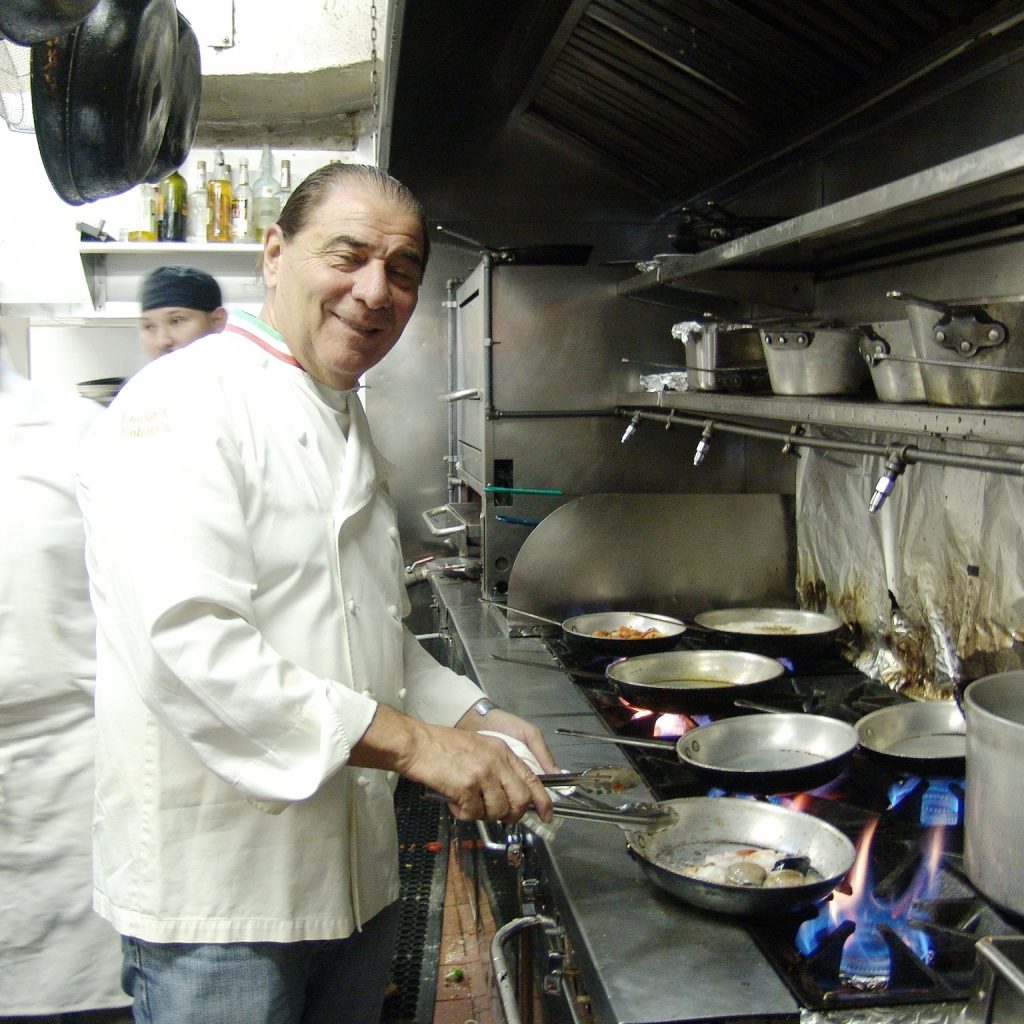 BY GABE HERMAN | Anthony Macagnone Sr., a fixture in Gramercy who owned Sal Anthony’s restaurant and founded the nearby Sal Anthony’s Movement Salon, died Jan. 23. He was 79.

A lifelong New Yorker, Macagnone was born on Sept. 13, 1939. He was born and raised on Thompson St., in Little Italy, according to his wife, Cynthia Graham. He had been living in Gramercy for many years, first moving to E. 18th St. between Second and Third Aves. with his first wife and young children.

He first opened his restaurant on Irving Place in 1966. When he met his second wife, Graham, they ran it together from 1976 to 2006. Macagnone reopened the Italian restaurant in 2016 with his son Anthony Jr. at its current location at 226 Third Ave., between E. 19th and E. 20th Sts.

Her husband wasn’t content just being a restauranteur, however, noted Graham.

“He was always a real seeker and a very spiritual guy,” she said. He began to believe, she said, “that movement in combination with spiritual practice was a real path to becoming a more enlightened human being.”

Macagnone explored different practices, including yoga, judo and jujitsu, and for a while pursued karate, becoming a black belt.

While taking gymnastics classes at a gym, he befriended a group of dancers also working out there. Graham noted that his instincts as a businessperson inspired him to find them a studio space where they could practice and explore movement.

“Next thing I know, he’s dragging me around the corner to this building that’s been empty for two years at 190 Third Ave.,” Graham said. “A little space to privately explore movement with a small group of friends became this really extraordinary enterprise that’s been going on for the past 20 years.”

Graham noted that Macagnone was a complicated person, combining spirituality with a rougher working-class background. At a recent celebration of his life, on Sat., Jan. 26, at the Movement Salon, Graham said, a Pilates instructor who eulogized him recalled first meeting him.

“He was going through a session with her,” Graham said, “and she said her mind was boggled because she was getting this very intense movement-and-spiritual advice from someone who sounded like Robert De Niro.”

She said the celebration was an amazing experience where she saw people from different parts of his life together, including family and old-timers from the neighborhood, older restaurant customers, and “fey yogis and mentors who had come to pay him homage.”

Macagnone died from complications from esophageal cancer, which he was able to fight off in 2016 but eventually returned.

“Like everything, he fought until the end,” his wife said.

Macagnone is survived by three sons, three daughters and two grandchildren. Graham said the plan is for the family to continue running the businesses.

“For now,” she said, “we’re trying to carry on with everything.”