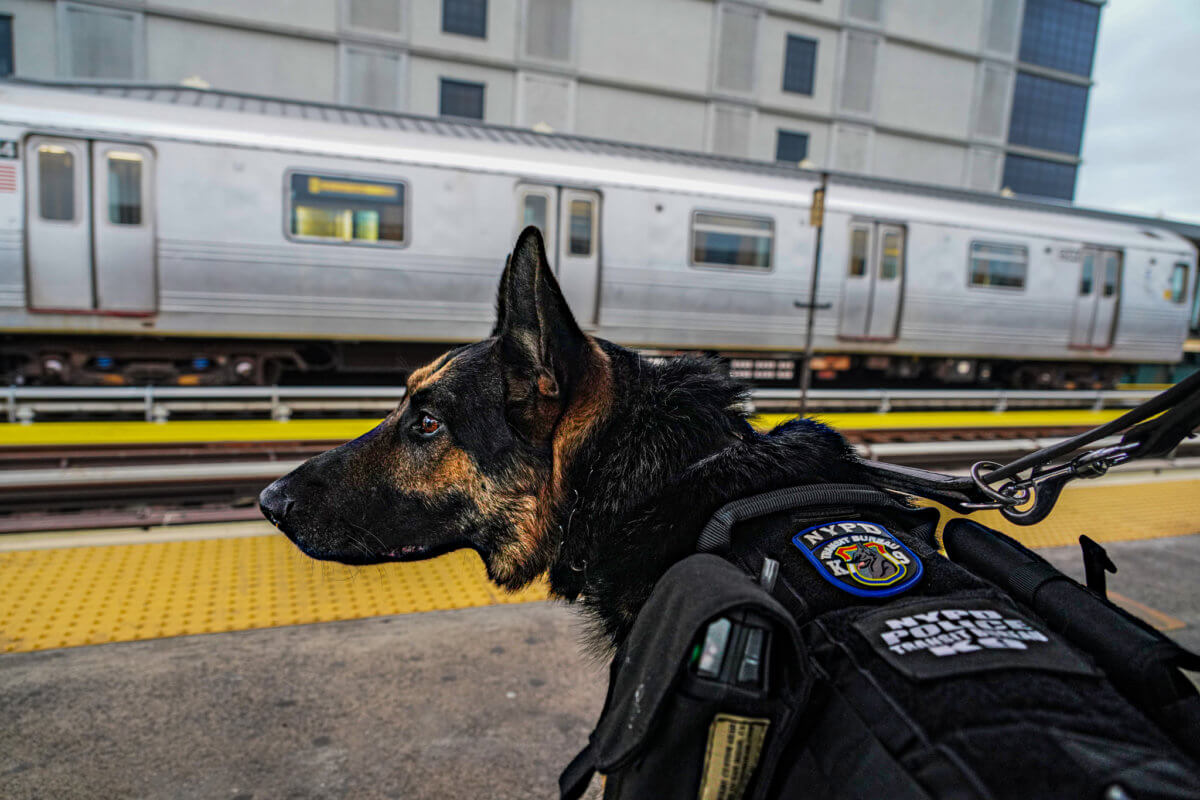 The NYPD has long employed dogs to sniff out potentially disastrous threats. However, thanks to new technology four-legged officers will now be able to detect explosives even their hyper-sensitive noses cannot.

When NYPD officers head into the field, they suit up in uniform and equip their gun belts, now the dogs of TREDD are no different. Standing for Transit Enhanced Detection Dog, the pooches of TREDD are deployed to locate and identify unconventional explosive devices manufactured and used by international and domestic terrorist organizations. Yet according to Lieutenant John Pappas of the NYPD Transit Bureau K-9 Division, those seeking to cause harm with bombs are adapting to detection methods and attempting to construct devices canines fail to smell.

“Al Qaeda, ISIS and many others were intentionally creating a gap in our detection capability specific to the dog, they were kind of gearing it to avoid detection by a dog. So, they started to create unconventional explosive devices, things that they knew because they study us, that these dogs cannot detect,” Lieutenant Pappas explained.

With the threat of terror constantly evolving, Pappas and his team likewise evolved along with it. NYPD Transit Bureau K-9 Division developed technology used in a harness worn by a dog that can help the pup to identify explosives its wet snout can’t. Not only that, but the NYPD is also the only police department in the world to possess the technology.

“The reason for that is because we created this, it’s a product of the New York City Police Department specifically of transit canine,” Pappas said. “This is an example of how the NYPD leverages all of its resources. Private entities, specific different entities in the NYPD, how we come together and share information in this is a perfect example of how we created something that never existed based on the intelligence, based on the finances that we got from grants, based on the information and technology Bureau and the private company BlueForce development all working together to bring this thing to life.”

Readings from the harnesses are sent in real time to a handler’s cellphone through a specially designed NYPD app. From this app officers can determine if a particular package is dangerous. Not only that, but the harnesses also allow the units’ positions to be monitored from home base.

“I can watch them on the local command phones a laptop and track each individual team. See their GPS locations. That all the readings that they’re coming back, and then motion,” Police officer Edwin Ramirez said.

Through this pawsome team up of both animal and man, TREDD can be and has been used in real life emergency situations, including the April 11th subway shooting. The canines are also utilized to swiftly and safely sweep train cars after they pull into a given stop, ensuring the safety of riders through both keen senses and groundbreaking technology, along with the rest of the country.