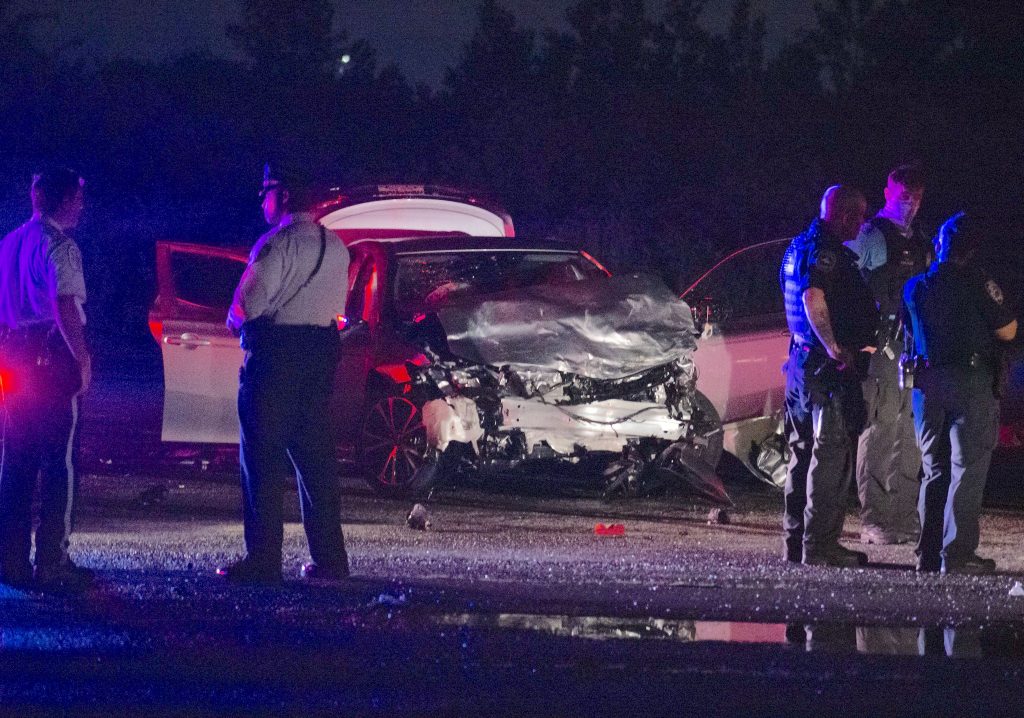 Police from the NYPD collision investigation squad and federal police from Gateway National Recreational Area were probing whether the teens were drag racing or doing high-speed antics on the long runway that is part of the Gateway National Park system at Floyd Bennett Field, the city’s first municipal airport.

Among the dead, police reported, were two young men, ages 16 and 11, and an 18-year-old young woman. A fourth teen, 17, is in critical condition at Lutheran Medical Center, police said.

The police now identified the deceased as the driver, Emil Badalov, 16, of East 18th Street and brother and sister Daniel Sidgiyayeva, 11, and his older sister Margarita, 18, of East 14th Street.

Three people in a second vehicle involved in the wreck are said to be in stable condition at Kings County Hospital, law enforcement sources said. The driver of that car was also said to be 16-years-old.

All of those in the Kia and some in the Toyota had to be extricated by firefighters and ESU cops, the vehicles crushed beyond recognition, one having flipped over from the crash.

Police now say the preliminary investigation found that the Kia was operated by the 16-year-old, now deceased. The other car’s victims were not yet identified, but it is now believed they are all students at Madison High School in Madison, Brooklyn.

The airfields are known for cars drag racing and doing all kinds of antics.

In February, an off-duty police officer driving her boyfriend’s Cadillac Escalade drove the car into the bay at a high speed. She was never charged with a crime, despite the crash being of suspicious circumstances.

The airfield itself was established in 1931 for commercial flights but was later taken over by the Navy as an airfield for military aircraft that continued through World War II. It was later closed by the Navy and in 1974 and became part of Gateway National — open to the public for recreation.

The airfield still supports an airplane hanger where vintage planes are rebuilt. Also on the site is the Aviator Sports Complex, a Marine Barracks, the Aviation and Special Operations Center for the NYPD, a Sanitation garage, and numerous community gardens.

The long airfields are open to vehicles; young drivers are known to travel the old runways to practice driving.

The park was closed for two months during the height of the COVID-19 outbreak but was recently reopened to the public.