A day of infamy: These images recall the horror and heroism of 9/11, 20 years later 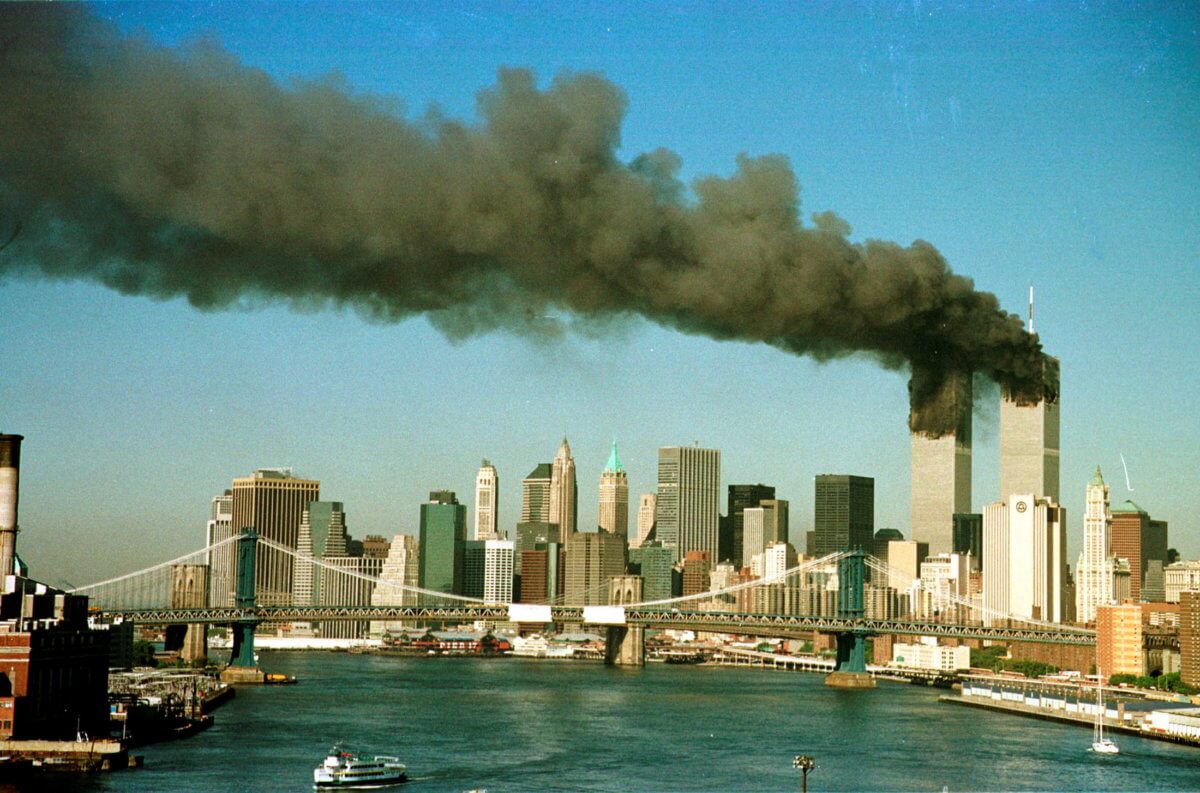 Black plumes of smoke pour out of the World Trade Center after hijacked aircraft were deliberately rammed into them during the terrorist attacks of Sept. 11, 2001.
REUTERS/Brad Rickerby/File Photo

Emblazoned in blue tile on a wall within the 9/11 Memorial and Museum in Lower Manhattan are the words of the famous Roman poet Virgil: “No day shall erase you from the memory of time.”

As a city, we’ve arrived at the point where we are now 20 years removed from Sept. 11, 2001 — one of the darkest moments in our history, a date that forever altered our city both physically and spiritually.

So much has happened in the past two decades, including the reconstruction of the World Trade Center itself into a modern center of commerce and progress. Those who were children on 9/11 are now adults building their own lives, with some dedicating themselves to public service in honor of those they knew and loved who perished that fateful day.

But for those of us alive to bear witness to that terrible morning, the memories have not been blurred by the passage of such an extensive period of time.

We gather as a city once more this Saturday to pause and remember the 20th anniversary when terrorists struck a shocking blow at the heart of our city — crashing hijacked airliners into the World Trade Center and precipitating their collapse, killing close to 3,000 people in the process.

We gather once more to honor the sacrifices of the more than 350 firefighters, police officers, EMTs and other first responders who ran into the burning Twin Towers to save lives as thousands of people fled from the danger. We also gather once more to remember the brave men and women who worked at “Ground Zero” for months on end searching for survivors and remains of victims — and are now dying of illnesses related to their heroic work.

And we do this not only to ensure that we “never forget” 9/11 — but also to live out Virgil’s words that the passage of time won’t ever erase from our consciousness those whom we lost that fateful day.

In 102 minutes, on what had started out as a beautiful, late summer morning, terrorists destroyed the World Trade Center in one of the most horrifying episodes in history. The attackers crashed hijacked passenger jets into each tower, setting off massive office fires in each building.

Nearly two decades removed from the attacks, the death toll connected to 9/11 continues to grow today — as many of those who labored at Ground Zero have suffered debilitating illnesses related to their work in the recovery mission. The Fire Department, for example, lost 343 members during the attacks — and another 250 members in 20 years due to 9/11-related illnesses, according to the Uniformed Firefighters Association.

Ground Zero was finally cleared of World Trade Center rubble in May 2002, and over the next decade, the site was rebuilt into a modern center of business.

The Twin Towers footprints were preserved as part of the National September 11 Memorial and Museum — where the heroes and victims of 9/11 are honored and the history of that fateful day is preserved so all may “never forget.”