By Lauren Cook and Alison Fox
comments
Posted on August 4, 2016 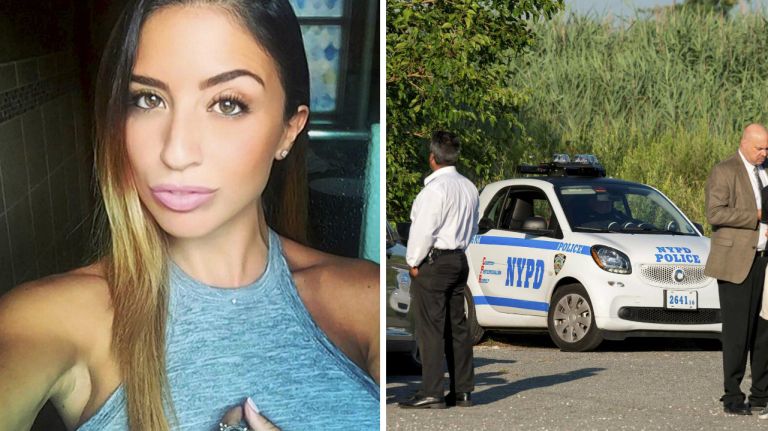 A woman out for a jog near her Howard Beach, Queens, home was found dead on Tuesday of strangulation, the medical examiner’s office said.

Karina Vetrano’s body was found shortly before 9 p.m. Tuesday about 15 feet from a trail near 161st Avenue and 78th Street in Spring Creek Park, Chief of Detectives Robert Boyce said.

The medical examiner’s office has ruled her death a homicide, according to a spokesman.

During a news conference on Wednesday morning, Boyce said that Vetrano had left for her regular evening jog around 5 p.m.

Vetrano’s father then called a police chief who lived near the family, and the police chief called 911, Boyce said.

Boyce said the father, who normally jogs with Vetrano but couldn’t due to a back injury, helped lead the search through the trail, where her body was found lying face down in a marshy area.

“You can imagine his angst at this point,” Boyce added.

Vetrano’s body showed evidence of strangulation and there is a possibility she was sexually assaulted, according to police.

Neighbors of Vetrano, who worked as a cocktail waitress at Vetro Restaurant and Lounge in Howard Beach, were shocked by the news.

“I didn’t sleep all night; it’s right across the street,” said Henny Berkovits, 34. “To hear something like that — that guy deserves to rot. It’s horrible.”

Berkovits said nearly every day she sees fishermen in the park, as well as large groups of people partying.

Frank Guglietta, 67, said Vetrano’s father is a contractor and built his home about five years ago.

“We’re in shock. No matter what you do or where you go, you’re not safe,” he said.

Boyce said that while there have not been any recent “stranger rapes” in the neighborhood, residents should be on alert.

“This is an unusual circumstance,” he added.

Police are collecting forensic and digital evidence, Boyce said, adding that Vetrano’s cellphone was recovered and is being examined.

Surveillance videos from nearby homes are also being looked at by police.

Boyce said other joggers use the trail where Vetrano was found and that police are investigating “anyone who uses the park.”

So far it remains unknown if this was a random attack, Boyce said.