Where will Aaron Judge play in 2023? Most likely landing spots for the slugger 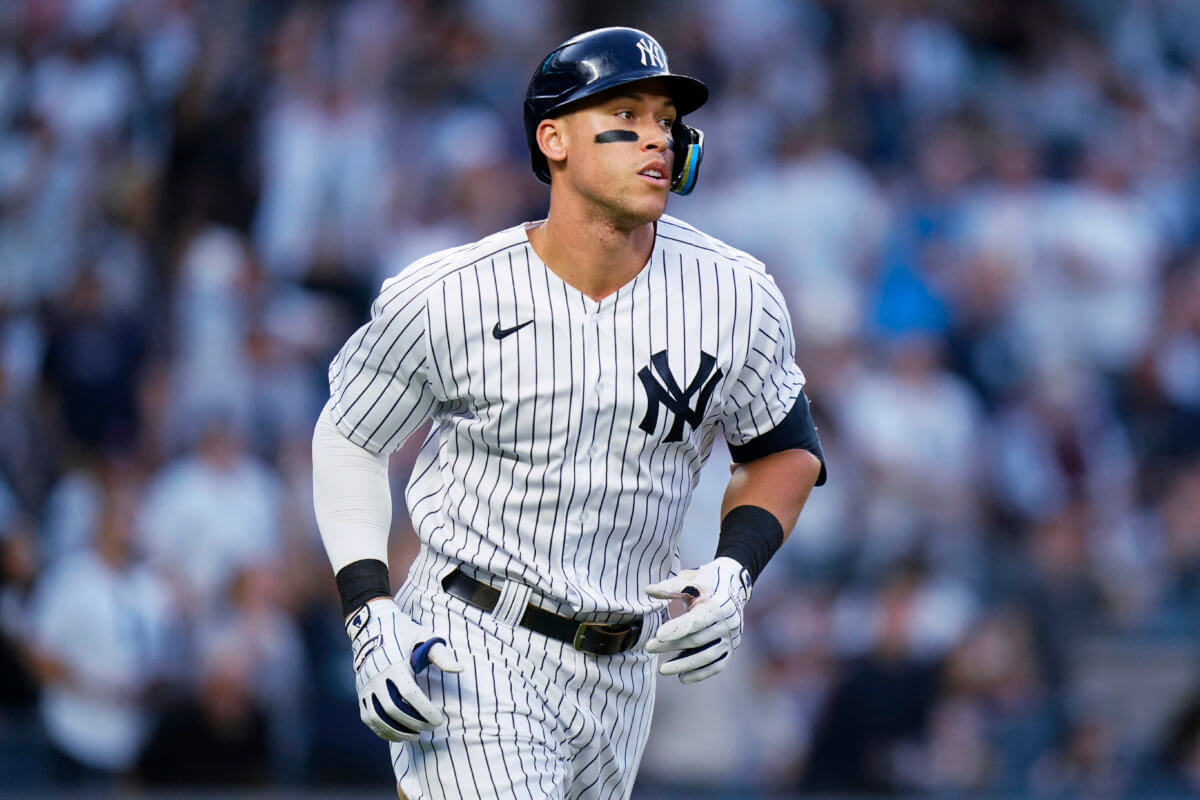 New York Yankees’ Aaron Judge runs the bases on a home run during the third inning of the team’s baseball game against the Detroit Tigers on Friday, June 3, 2022, in New York. (AP Photo/Frank Franklin II)

The 2022 MLB season will undoubtedly be the season of Aaron Judge.

Not only is the towering Yankees outfielder the frontrunner for AL MVP and leader on the current best team in baseball, but he’s also already the focal point of the offseason rumor mill.

Just as the season was beginning in April, Aaron Judge turned down a seven-year deal worth $213.5 million. It would have paid him a salary higher than Los Angeles Dodgers’ Mookie Betts and Los Angeles Angels’ Mike Trout. While there was some criticism of Judge’s decision, many people understood that he was simply betting on himself.

Well, that bet surely paid off, which we discussed in detail earlier today. Make sure you check that out to see what kind of contract Aaron Judge should expect to receive next season because that dictated where he is most likely to end up next season.

Let’s take a look at some of the potential landing spots.

Let’s get this one out of the way. It’s highly unlikely that the Mets will land Aaron Judge but you know damn well that they have the money to pay him and will absolutely make an offer. The only thing Steve Cohen may enjoy more than winning is making a statement and luring Judge from their crosstown rivals would be the biggest statement he could make.

While we’re talking about making a statement, we may as well mention the Red Sox. With Xander Bogaerts seemingly trending towards leaving town and J.D. Martinez in the last year of his contract, Boston will almost certainly be in the market for a middle-of-the-order bat next year, and they’ll be happy to pay up for Aaron Judge since he would strengthen their own team while also damaging their arch-rivals.

Again, it’s highly unlikely, but they will be in the conversation.

The Rangers just spent $500 million on Corey Seager and Marcus Semien, so you know they’re willing to spend money. Yes, they should most likely spend that money on upgrades to their starting rotation, but we were also asking the Angels to do that for years and it never happened.

The Rangers could also be clear of every other player on the roster who currently makes over a million dollars, aside from Brad Miller and Jon Gray. Kole Calhoun and Garrett Richards have club options, and Mitch Garver and Martin Perez are both pending free agents. In short, there will be some financial wiggle room in Texas next year, and, since everything is bigger in Texas, a 6’7″ power bat could be a great fit.

Well, MLB insider Jeff Passan already mentioned the Giants as a potential 2023 team for Judge, so you’d have to file them under “more likely.” While the Giants don’t normally make major free-agent splashes like this, they did sign Carlos Rodon to a two-year $44 million dollar deal this winter and are paying both Evan Longoria and Brandon Crawford over $16 million per season.

However, the key is that Passan notes, “This is a team that only has $89 million or so committed to next year’s payroll. The only player under contract for 2024 is Anthony DeSclafani right now.”

That means the Giants have tons of financial flexibility. They also need to compete with the Dodgers in their own division, so they could be inclined to take a big swing on a top-tier free agent.

However, given how risk-averse the organization appears to be and that their free-agent moves are usually low-risk deals for veterans who they believe they can get more production out of, paying potentially a league-high salary for a 30-year-old who’s suffered multiple injuries just doesn’t seem like a Giants type of signing.

You simply can’t count the Dodgers out on any big-name free agent. They also only have four players fully under contract for 2023: Freddie Freeman, Mookie Betts, Chris Taylor, and Blake Treinen.

They have a bunch of high-profile players like Walker Buehler, Cody Bellinger, and Julio Urias in their arbitration years, and could also deny the club options on injured veterans Justin Turner and Max Muncy. While most of those players are likely to remain in Los Angeles, the point is that there is more financial flexibility than you’d expect here.

With Trea Turner, Clayton Kershaw, and David Price all coming off the books next year, the Dodgers will certainly have the money to add a big name or two. They may choose to simply re-sign Trea Turner or another high-profile shortstop, but they could also move Gavin Lux to shortstop, call up top prospect Miguel Vargas to play third base, and then add a big bat to play in the outfield with Mookie Betts while Chris Taylor slides back into the middle infield.

There are lots of puzzle pieces in play here, but considering Aaron Judge is a California native, this is the team that scares me the most if I’m a Yankee fan.

At the end of the day, I just find it hard to see Aaron Judge playing anywhere else. He’s the face of this franchise now, and the Yankees know how much he means to them. They have the money to pay him and certainly need his bat in the lineup if they want to remain a serious World Series contender.

Losing Judge would also be a disaster off of the field. The Yankees already don’t have the best reputation for building and elevating homegrown talent, and Judge is the prime example that they’re capable of doing so. With criticism from some that the Yankees don’t spend money the way they used to, losing Judge to a higher offer somewhere else would turn those rumblings into a deafening roar.

A return to New York seems likely, but it’s no longer inevitable, and the Yankees will need to act to ensure it’s a reality.

For all MLB news like this Aaron Judge story, visit amNY Sports