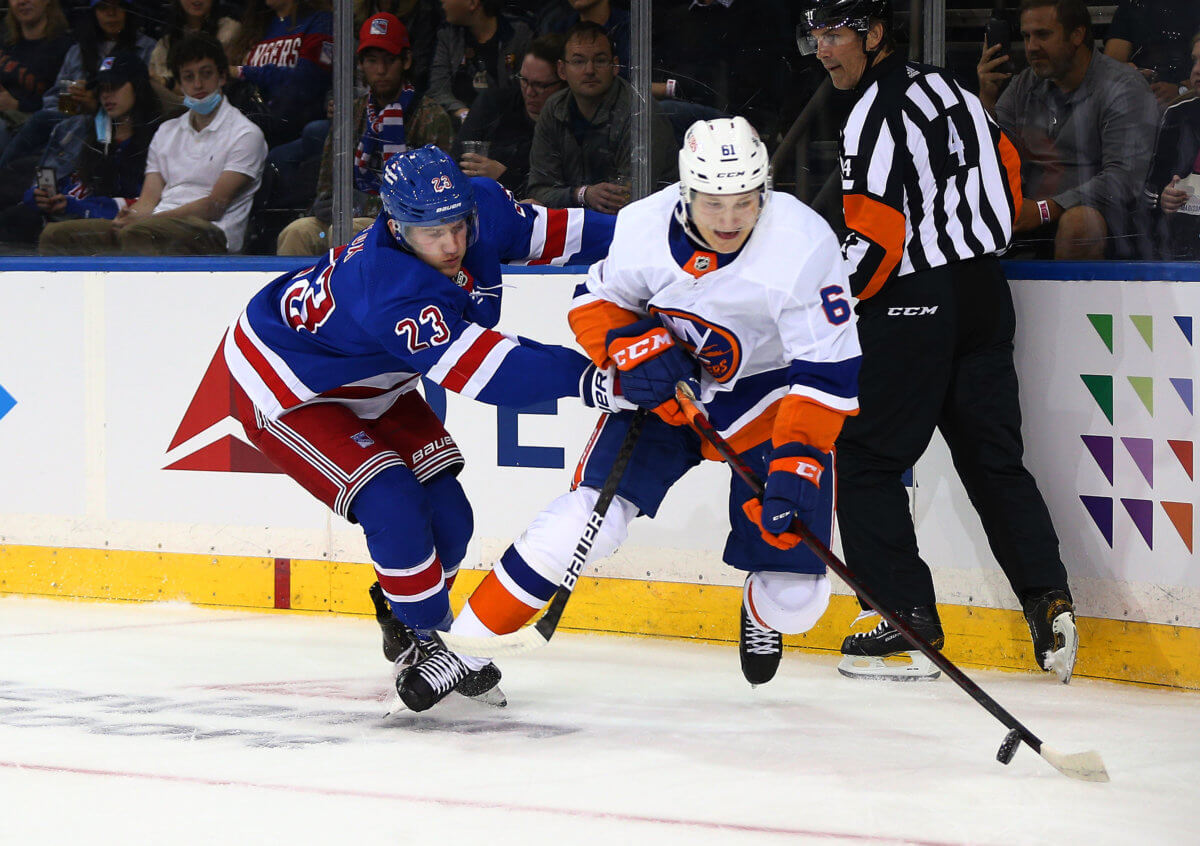 Aatu Raty is an Islander once again. Well, a Bridgeport Islander that is.

The Islanders’ top pick in 2021 is stateside after a season overseas and was assigned to the Isles; AHL farm team for the remainder of the season on Tuesday. Raty turned heads during training camp and in his two preseason appearances in blue and orange, but was ultimately sent back to Finland to get another year of development under his belt.

The 52nd overall pick by the Islanders had an impressive campaign with Jukurit in Liiga in Finland, where he scored 13 goals and 40 points in 41 games.

“Since he got traded from one team to I think Olli Jokinen’s team, he stepped into a real prime spot there and has had a terrific year,” Islanders head coach Barry Trotz said after morning skate on Tuesday. “I saw him yesterday. He was on the ice for a little bit and he looks stronger, he looks bigger. He looks like he’s the player I think that everybody expected when he was drafted, and we’ll see what he does in Bridgeport.”

Raty will not get any playing time in the NHL this year, Trotz responded when asked if he could play in any of the Isles’ final six games this season. The Islanders were officially eliminated from playoff contention on Sunday with their loss to the Toronto Maple Leafs.

However, Bridgeport is still in the AHL playoff picture and Raty would be eligible to play if they qualify. The Bridgeport Islanders also complete their season this weekend with a pair of games at home, which could be Raty’s debut for them.

“That’s the first transition,” Trotz said. “I mean they’re right in a playoff battle. So hopefully he’s a real good fit in that situation if he gets in. He’s an important prospect for us cause there’s not a lot of young guys in terms of the high-end ability. There’s some good prospects in different positions, but really that high-end type of guy, (Raty) seems to be the one game.”