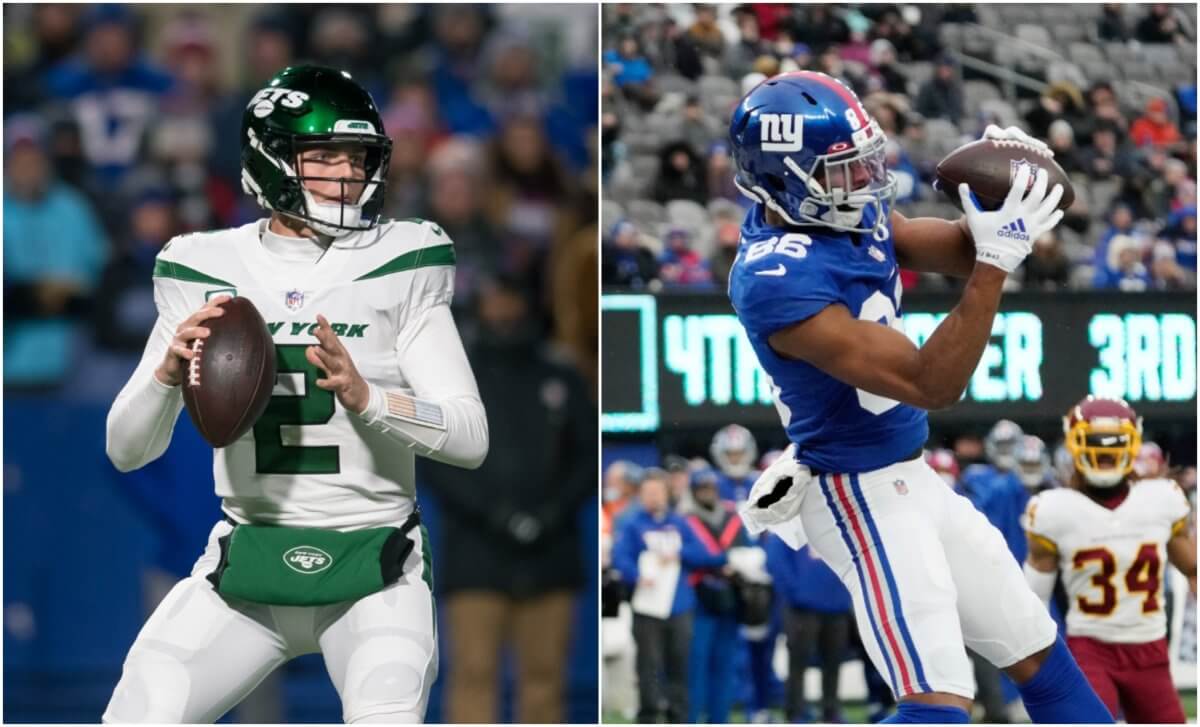 The NFL has released the matchups for the Jets and Giants in the coming 2022-23 season, giving New York’s footballs a preview of the year to come.

The Jets will play in 8 home games and 9 road contests, while the Giants will play in MetLife stadium 9 times and head on the road for 8 matchups — including during a game against the Green Bay Packers in London on Oct. 9.

In addition to their 6 intra-divisional games this season, Gang Green will face off against 7 other AFC teams, along with the 4 teams from the NFC North.

The team won just 4 games last season behind the rookie quarterback Zach Wilson, and gave up a league-worst 6,760 yards to opposing offenses last season. Now, the Jets will look to improve on both sides of the ball with the help of their new crop of NFL Draft picks.

Meanwhile, the Giants also posted a porous 4-13 record last season. The team has a new head coach in Brian Daboll, who comes to MetLife after a stint with the Buffalo Bills — and 11 new incoming draft picks to work with.

The team is hoping that the infusion of young talent and the new coaching regime can help push quarterback Daniel Jones into the upper tier of NFL passers during his crucial 4th season.

The team got a lucky break when the NFL announced that their excursion to London would count as a road game — saving them from sacrificing a contest at MetLife Stadium, and helping them avoid a daunting trip to Lambeau Field. The team will face off against their NFC East rivals twice each (including the newly-rebranded Washington Commanders), as well as playing against 7 other NFC teams and the 4 teams from the AFC South.