Report: Nets talks for James Harden not as advanced as originally believed 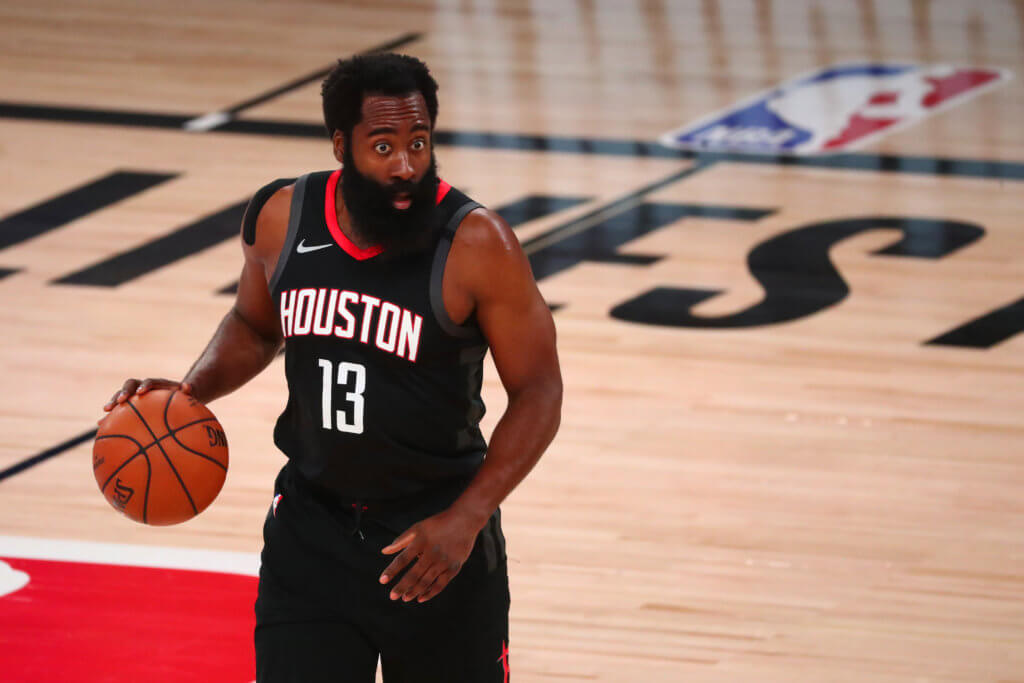 The Nets would have to give up one of their two superstars for James Harden.
Kim Klement-USA TODAY Sports

Pump the brakes on that James Harden-to-Brooklyn Nets talk.

According to ESPN’s Adrian Wojnarowski on Wednesday, “there has been no contact” between the Nets and Houston Rockets about a potential deal involving Harden for “the last couple days.”

Wojnarowski, who is the authority on all NBA rumors, added that the two teams didn’t necessarily make much progress in the conversations that they did have.

“The initial contact was not very substantive, so I think for the Rockets, they’re not moving very quickly or at all toward Brooklyn,” he said on ESPN’s ‘Get Up!’

It’s a stark contrast from recent reports — most notably from Anthony Puccio of Front Office Sports — that the Nets and Rockets came to a “verbal agreement” on a deal sending Harden to Brooklyn.

The 31-year-old, three-time-defending scoring champion had the Nets, along with the Philadelphia 76ers, atop his list of trade destinations after reportedly submitting a request earlier this week.

But the Rockets don’t seem to be in any sort of rush to deal Harden, especially because they have him under contract for at least two more years with a player option for the 2022-23 campaign.

“If they are to trade James Harden, they’re trying to set the tone in the marketplace for a massive return — a great young player, multiple first-round picks,” Wojnarowski said.

While Holiday is a serviceable, top-tier guard in today’s NBA, Harden is in a completely different stratosphere, meaning Houston could be expecting even more in their return.

A report from KRON 4’s Jason Dumas on Wednesday suggested the Rockets — who also partook in conversations with the 76ers — were inquiring about a package centering around All-Star point guard Ben Simmons for Harden.

With Harden under control for an extended period of time, the Rockets have the option to wait the market out for an offer that blows them away. In the meantime, they still have one of the best players in the league.

“In the short-term for them, they can try and see if they can repair this relationship,” Wojnarowski added. “Gget James Harden excited again to play in Houston.”