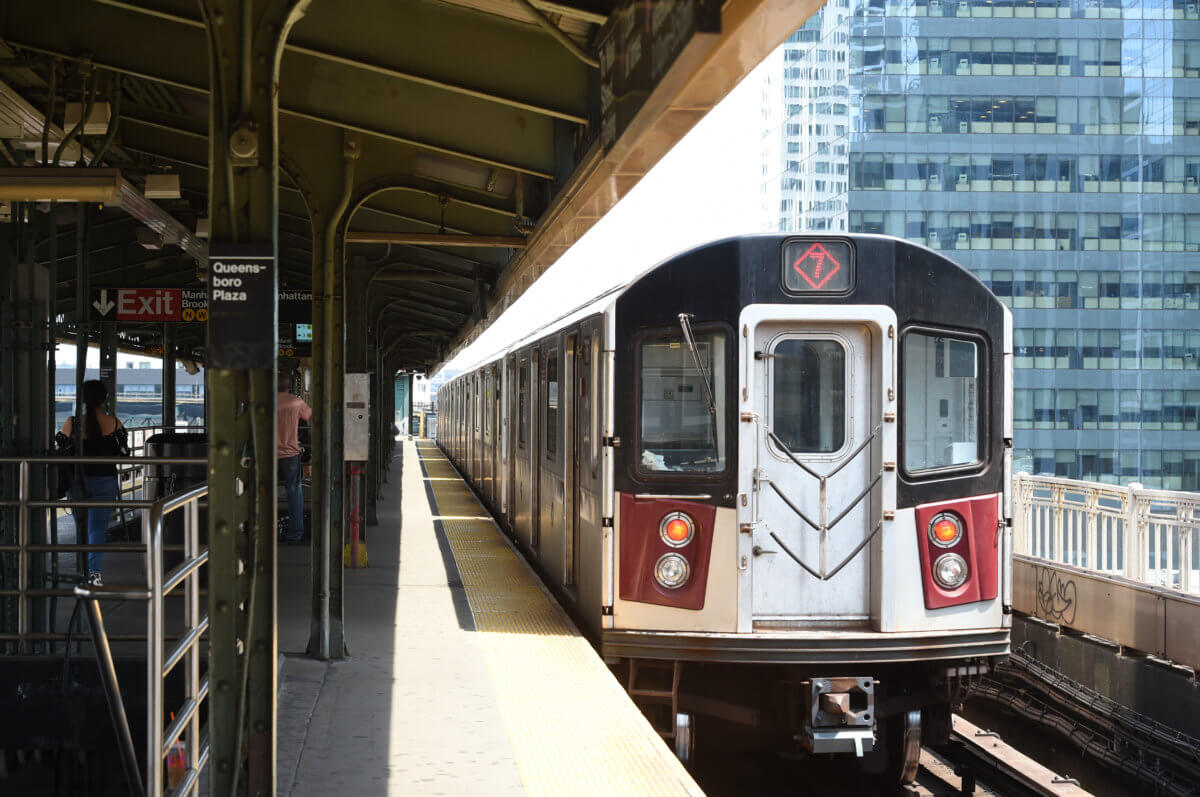 A 7 train at Queensboro Plaza in 2020.
File Photo by Todd Maisel

The Metropolitan Transportation Authority will shut down 7 train service into and out of Manhattan for six weekends starting next month, as the authority installs elevators at Queensboro Plaza to make the station accessible under the Americans With Disabilities Act.

7 train riders from further in Queens will be able to transfer to the N or W trains at Queensboro Plaza to head into Manhattan, while Long Island City residents can also take the E, F, M, or R trains at other stations in the neighborhood. Free shuttle bus service will operate along the 7 corridor from Queensboro Plaza to Vernon Boulevard and from Times Square to Hudson Yards, while the W train will be activated for weekend service.

The weekend outages will enable the MTA to get to work on installing two elevators at the above-ground Queensboro Plaza — New Yorkers’ third favorite subway station — with one connecting the street and mezzanine level and another connecting the mezzanine to the platforms, allowing New Yorkers with disabilities access to the station.

The work will also see the installation of new ADA-accessible platform edges, upgrades to the pedestrian bridge, and an expansion of the station’s mezzanine. Also on deck are upgrades to the fire alarm, CCTV, and public address systems, plus new digital information screens.

“The improvements coming to Queensboro Plaza will greatly benefit tens of thousands of riders,” said NYC Transit President Richard Davey in a statement. “Accessibility is such an integral part of mass transit, especially for a city like New York where mass transit is essential for many. When complete, the project will provide critical accessibility upgrades, security updates, and customer experience improvements throughout the station.”

The overall project, on the south side of the station, will cost about $74 million and is expected to be complete in 2024, at which point the station will be fully ADA-accessible.

The project will run in tandem with another to create a new, fully accessible entrance at the station’s north flank, in partnership with Grubb Properties under the Zoning for Accessibility program. Under that program, developers of properties adjacent to subway stations can build higher than existing city zoning regulations if they also construct an elevator to make the station accessible.

More than three decades after the passage of the Americans With Disabilities Act, the subway system remains frustratingly inaccessible for people with disabilities, the elderly, and others for whom climbing stairs is a challenge. Less than 30% of the city’s 472 subway stations were ADA-accessible as of last year. In June, the MTA settled a lawsuit by disability advocates, pledging to make 95% of subway stations accessible by 2055.