When should an MTA train’s emergency brake be activated? NYCurious 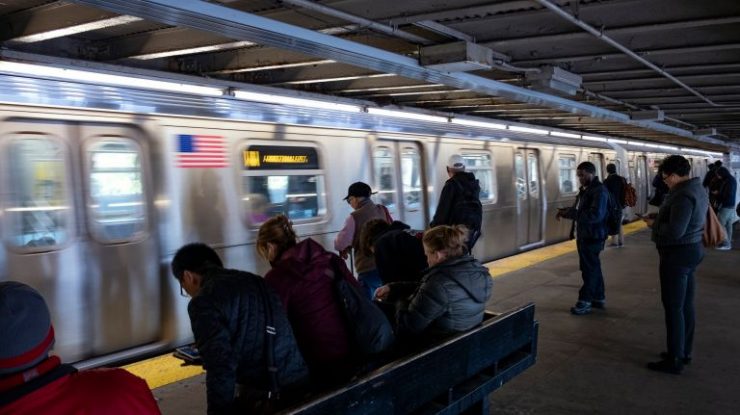 In most emergencies, activating the brake could make the situation worse.

The emergency brakes in every subway car are there for a reason, but in most cases, you shouldn’t activate it.

In fact, you can actually cause more harm by pulling the cord when it’s not necessary — just ask the people who were stuck in a train car full of crickets when someone (who thought they were doing the right thing) activated the emergency brake on a D train in August 2016.

Read on for the right time to use it and what to do in other emergency situations.

Why are there emergency brakes in every car?

The emergency brakes are accessible to the public for specific types of emergencies. In older cars, the emergency brake cords are visibly hanging with red handles, but in newer cars, they are covered. The cover has to be opened, triggering an alarm, to pull the handle.

“There are reasons why emergency brakes were amended over the years,” NYC Transit President Andy Byford said, noting that access to the brakes can be abused. “Obviously you still want the ability to raise emergency in a car if you need to.”

Emergency brakes also are located in the operator cars, where the public is not given access.

When should the emergency brake be activated?

The emergency brake cord should only be pulled “when the motion of the subway presents an imminent danger to life and limb,” the MTA says. For example, if a person is caught in the train’s doors and about to be dragged by the train.

When shouldn’t the emergency brake be activated?

If there is a fire, a crime in progress or a medical emergency, you shouldn’t use the emergency brake, especially when the train is between stations, the MTA says. Activating it in these cases would make it more difficult for emergency responders to get to the train.

The sudden stop also can cause injury, the MTA said.

“When you activate the emergency brake the train can stop very suddenly, someone could get hurt just falling over,” MTA board member Andrew Albert said.

So what should you do in an emergency?

In any emergency, the first thing you should do is notify the train crew in person or through the intercom, if there is one, the MTA says. You should then follow the instructions of the crew and don’t go onto the tracks unless you’re instructed to, as they could still be electrified.

In the case of a fire or crime, move to another car through the interior doors if possible.

If a passenger is having a medical emergency and you’re qualified to assist, let the crew know.

What happens when the emergency brake cord is pulled?

When an emergency brake cord is pulled, the train will come to an immediate stop and the brakes will have to be reset to start the train again. The conductor has to notify train traffic controllers and get out to investigate why the brakes were activated.

The time it takes to get the train moving again varies, the MTA said, but delays will almost certainly be a consequence. Because of the interconnectivity of the subway system, a pulled emergency brake could stall service along multiple lines.

What are other ways the emergency brakes are activated?

Other reasons the emergency brakes might activate include if there’s an obstruction on the tracks, if there’s a mechanical problem or if the operator exceeds the speed limit.