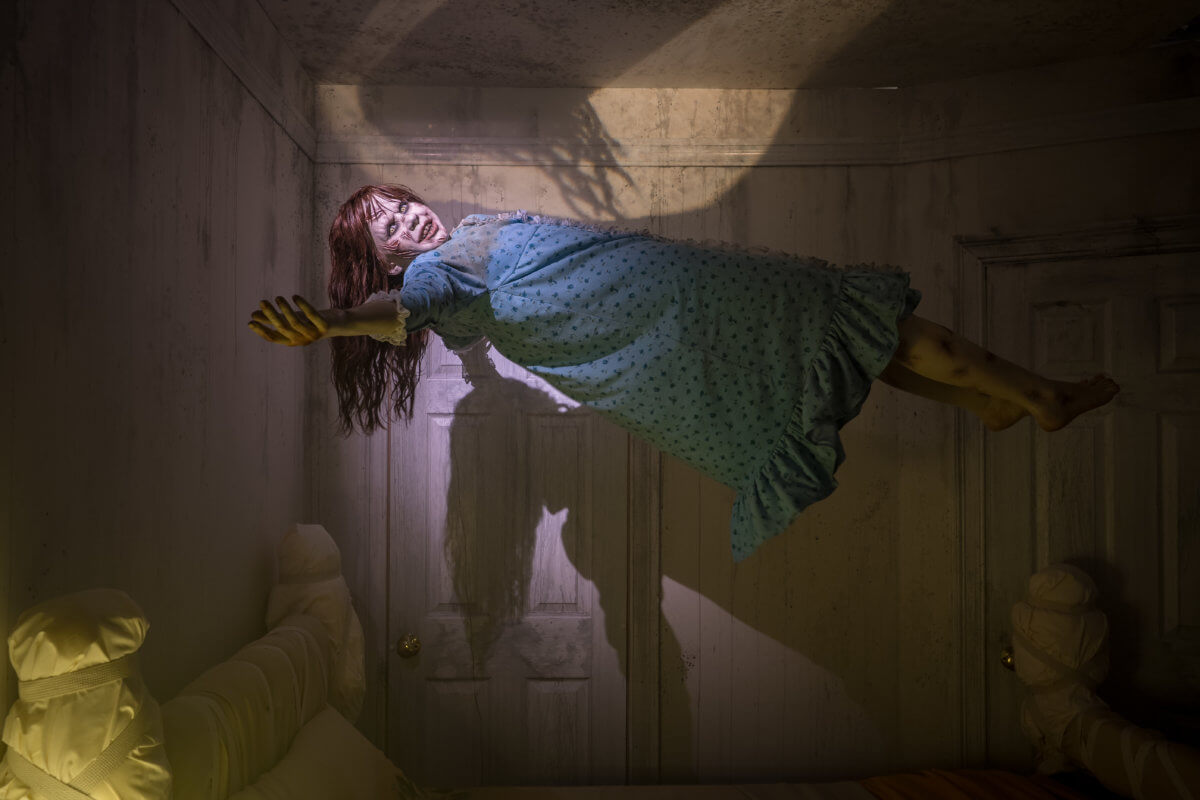 Starting on Oct. 21, visitors of Madame Tussauds New York can come face-to-face with wax figures of some iconic horror movie characters in the museum’s new horror experience,  Warner Bros. Icons of Horror. The exhibit celebrates some of cinema’s most classic horror possession films that were released by Warner Bros. and New Line Cinema.

“The horror genre has one of the most dedicated fan followings and we can’t wait to send a chill down visitors’ spines when they immerse themselves into these iconic scenes featuring terrifying wax figures,” said Madame Tussauds New York Head of Marketing Tiago Mogadouro. “We know Warner Bros. Icons of Horror will be a favorite at Madame Tussauds New York, especially during this spooky time of the year!”

The new horror experience will include Regan from “The Exorcist,” Annabelle and The Nun from “The Conjuring” universe, and Pennywise from “It.” Each room will include a wax figure of the character in a fully immersive scene based on the films. Guests are encouraged to explore every corner and come face-to-face with their worst nightmares.