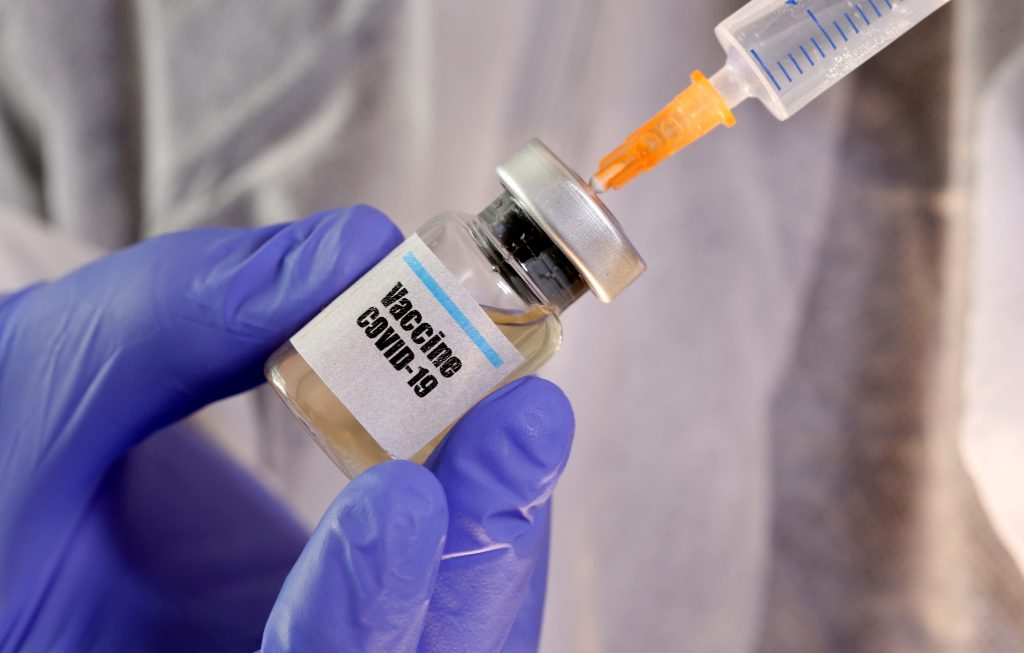 FILE PHOTO: A woman holds a small bottle labeled with a “Vaccine COVID-19” sticker and a medical syringe in this illustration taken April 10, 2020. REUTERS/Dado Ruvic/Illustration