Actress and musician Miriam A. Hyman talks performing in ‘Richard II’ and recording new EP while making ‘The Chi’ 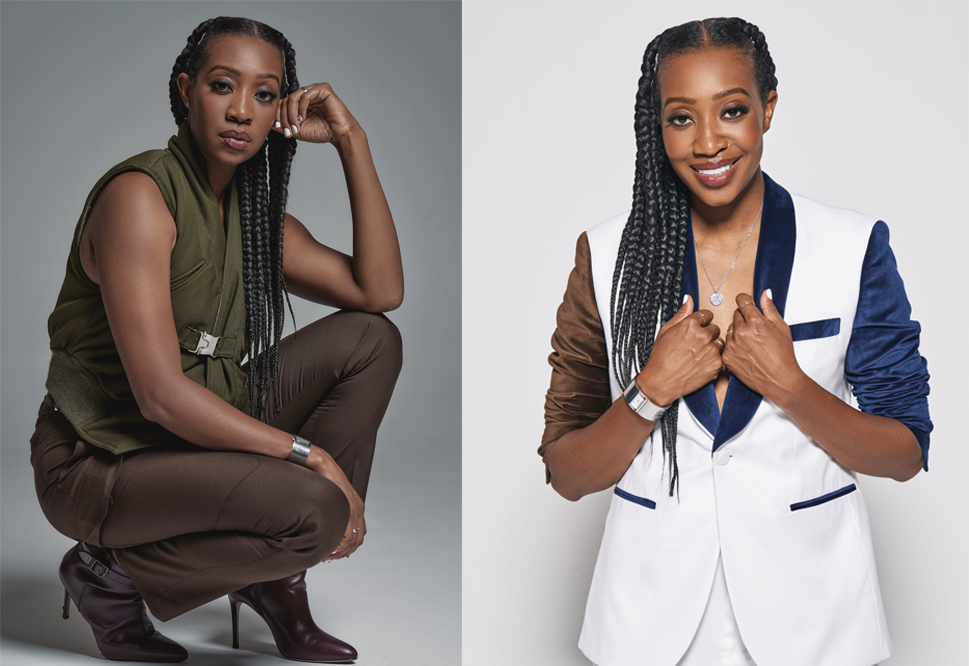 With acting and song-writing under her belt, Miriam A. Hyman is truly a force to be reckoned with.

Born in Lancaster and raised in Philadelphia, Hyman got bit by the acting bug pretty early in her life. While she was in high school, Hyman saw a film that ultimately sparked her interest in acting.

“From that moment, I knew that I wanted to do that for the rest of my life,” said Hyman.

Hyman went on to graduate from the Yale School of Drama and is a recipient of the prestigious Princess Grace Award and Leonore Annenberg Fellowship for Performing Arts. Hyman started her professional career in acting and Off-Broadway production of “Richard III” at The Public Theater in New York. She later landed roles in “Tempest” at the La MaMa Experimental Theatre Club, “Three Musketeers” at the Classical Theater of Harlem and Tim Blake Nelson’s “Socrates” at The Public.

Hyman has also performed on-screen, picking up a recurring role as Dr. Emile Cooper on “Blue Bloods,” as well as roles on “Grey’s Anatomy,” “NCIS,” “Law & Order” and more. For Hyman, there is no particular style of acting that she prefers over another and she lives every acting job in the moment.

“I gravitate towards breathing, not acting – meaning that if you are breathing and believing, it doesn’t matter if you’re acting on a stage or for television or film,” said Hyman. “It’s all about communicating the truth of the text. If you’re honest, open and truthful, you’re going to get the results you want. It’s something I try to apply to both by professional and personal life.”

In January 2020, Hyman was approached to take part in The Public Theater’s production of “Richard II.”

“I love Shakespeare, I’ve always wanted to do Shakespeare in the Park,” said Hyman. “They asked me if I was interested in doing ‘Richard II,’ so they flew me in and I was cast. I was starting to prepare for the role, and then coronavirus hit.”

Due to the COVID-19 pandemic, all theaters were shut down, therefore resulting in the cancellation of “Richard II” – or so they thought. The Public Theater partnered with WNYC to bring the play to life by broadcasting it as a podcast over the radio. From July 13-16, WNYC broadcasted the audio performance of “Richard II” in four parts.

“We rehearsed the play and recorded our parts from home, and engineers chopped it up and put the play in sequential order, so ‘Richard II’ can be available nationwide,” said Hyman. “I had just finished recording my EP when I got the original call for ‘Richard II’ so I was already prepared.”

Hyman joined the cast for the third season of “The Chi,” a drama on Showtime that explores the complexities of life on the south side of Chicago. Hyman plays Dre, a woman who just married  Nina (Tyla Abercrumbie) and is now a step-mom to Nina’s children, Kevin (Alex Hibbert) and Kiesha (Birgundi Baker). The new season centers around the disappearance of Keisha, who was last seen at a bus stop.

“Dre is one of the newest characters in the show,” said Hyman. “She’s introduced not just to the family in the show, but also the fans and supporters of the show. She becomes integral to finding Keisha, but there’s a lot in play in terms of family and balancing a family dynamic for Dre.”

For Hyman, working on “The Chi” is important to her because there needs to be more representation for Black people and their stories in the media.

“We really need to be uplifting Black stories,” said Hyman. “It’s fantastic to be a part of a show that does that.”

In addition to acting, Hyman writes and records music under the moniker “Robyn Hood.” On June 25, Hyman  released her third EP “Alter Ego,” which she created while working on Showtime’s “The Chi.”

“You’d be surprised how much time you have in a day,” said Hyman. “I started recording a year ago. While working on ‘The Chi’ I had a lot of downtime and a lot of time spent in hotel rooms. While I was prepping for ‘The Chi,’ a producer friend was sending me beats, and while I was shooting if I was inspired by an idea, I’d make a note and it would turn into a hook, which turns to lines, then to verse to a whole song.”

As an independent artist, Hyman finds it important for her to spend the time on the music herself. Having past experiences with record companies that weren’t so great, Hyman stands by the old saying, “If you can’t do anything right, you have to do it yourself.”

“The relationship that I had with record labels was them telling me how I need to portray a certain idea in what my music is, also in a way that I didn’t think I needed to. They were trying to make it something it wasn’t,” said Hyman. “All the voices except for one on the EP are mine.”

“Alter Ego” blends together multiple styles like hip-hop and gospel music and features eight new tracks with eight skits that pair with each song. One track that stands out to Hyman is “Brotha George,” which was written in memory of George Floyd who was murdered by Minneapolis police officers, but also pays homage to the Black victims of police brutality.

“There’s this line in ‘Richard II’ that goes ‘Mine innocence and St. George to thrive.’ When I was doing the play, I heard that very strongly, especially as a Black woman speaking these words from a white British guy,” said Hyman. “I kept hearing it over and over again, and on the track, it became ‘Mine innocence and Brother George to thrive,’ followed by ‘Breonna, Ahmaud, we gon keep y’all alive.”

“I ended up creating an entire song saluting these people, the Breonna Taylors, the Ahmaud Aubreys, the Tamir Rices, the George Floyds, who have been murdered. It’s about them,” Hyman continued. “The EP was basically done when I wrote this song, but how could I not include it?”

Watch “The Chi” on Sunday nights at 9 p.m. EST on Showtime. The Public Theater and WNYC’s production of “Richard II” is streaming at wnyc.org.