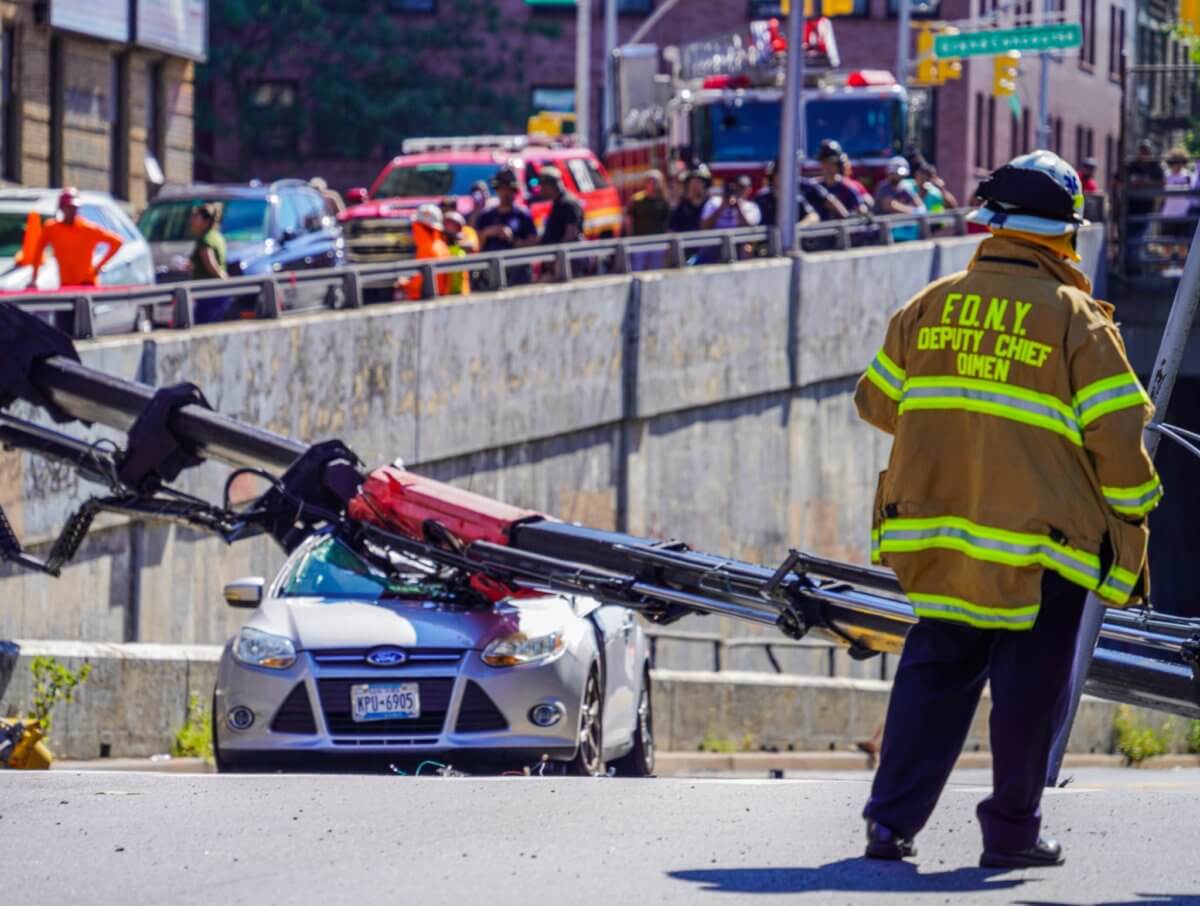 A crane collapsed and crushed a vehicle on Sept. 20 in the Bronx.
Photo by Dean Moses

A crane collapsed in the Bronx Tuesday morning, landing on a car and injuring one, FDNY sources said.

The 100-foot-tall crane fell at Jerome Avenue and Bedford Park Boulevard at around 10:40 a.m. on Sept. 20 completely crushing a vehicle, narrowly missing the driver.

According to Deputy Assistant Chief of FDNY John Sarrocco, firefighters arrived on the scene in under four minutes and found the crane collapsed.

“When the crane boom collapsed, it crossed the road and fell on the car right behind me and injured one passenger in that car, a 22-year-old-female. She’s very lucky. She was in the car behind me and the way the boom crossed the car just missed her. And she’s gonna be fine,” Chief Sarrocco.

Sarrocoo told amNewYork Metro that the crane, which is attached to a truck, had been in operation for about three or four weeks and snapped when it was carrying a load. The cause of the failure is under investigation.

The crane tore from the driver’s area, landed on the car’s roof and demolished the roadways traffic light.

“It came down all of a sudden on her car, sending debris everywhere. The lady was bleeding,” eyewitness Ticey Williams told amNewYork Metro. “It sounded like thunder.”

FDNY confirmed that the building was not damaged, and the road will remain closed until it can be removed.