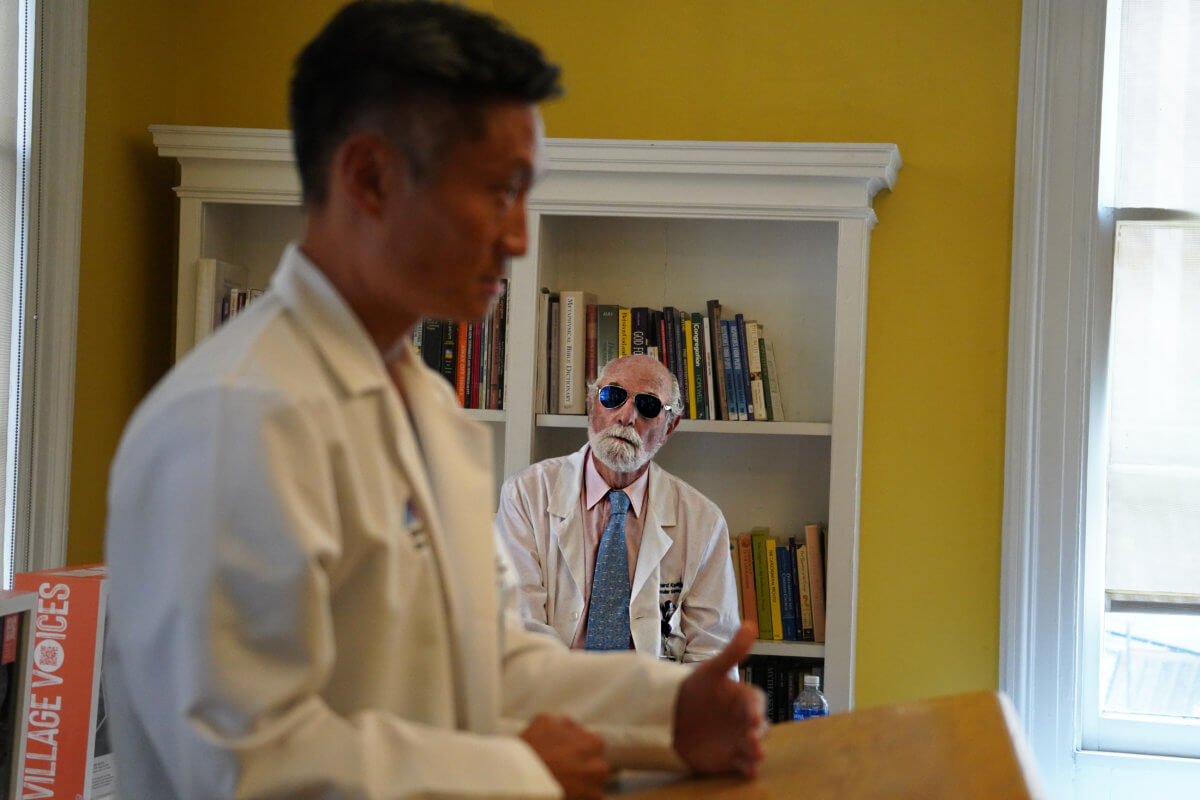 A coalition of medical officials, historical activists, and elected officials are striving to save the iconic New York Eye and Ear Infirmary in the East Village amidst fears that the two century-old building will be demolished, and its services rendered inert.

According to medical staff, Mount Sinai, the owner of Eye and Ear Infirmary on 14th Street and Second Avenue, have been planting the seeds of the institution’s closure prior to the COVID-19 pandemic. While the deadly virus delayed the rumored plans, the doctors say that time is now running out for the 200-year-old institution.

Doctors who provide medical treatment at the facility say the walls are closing in on them in the midst of health system’s alleged plan to sell the building due to what they cite as a high cost to manage patients who are primarily underinsured. As reported by the staff, who say they have had “behind closed door meetings” with Mount Sinai officials, services at the facility are set to be disbanded and spread out across the city.

Surrounded by signs reading “Save NYEEI” inside the Village Preservation on 232 East 11th St., the group made their plea to save the location itself but also the medical professionals housed therein.

“If we lose the building, you lose the program. The teaching will suffer in the end. Put yourself in a position of the patients now. When a patient calls on the phone and says I can’t see, you can’t ask the patient well what part of your eyes is not working? Is it neurologic? Is it diabetes? Is it glaucoma? Is it a cataract? All the patient knows is that they can’t see,” Dr. Doug Buxton said. “We’re the 10th ranked program in the country and it’s because of that service that we give. So, I want to emphasize that loss to the patient.”

The medical staff not only stress the extreme loss this will have on the patients, but they also say it will have a severe ripple effect on the profession itself due to its robust training program.

“We are a world class training institution, top surgeons in New York City have spent time there, either they did their residency there, fellowship there, or shadowed a doctor there,” Dr. Paul Lee said. “If we move and are split up, the program will suffer. We will not be able to train world class ophthalmologists as well as we have. I have written emails, I’ve had face-to-face meetings and the training at New York Eye and Ear is so vital to its mission.”

The battle to save Eye and Ear is joined by the Village Preservation, concerned citizens, and elected officials such as Assembly Member Harvey Epstein. Yet perhaps nobody feels the impending dread of losing the institution more than those who have received care within its walls.

“My torn retina was repaired by Dr. Ronald Gentile approximately 12 years ago,” Michael Jascz, a patient at the infirmary said. “Throughout the next nine years, I was fortunate enough to see him in the clinic as he oversaw the continued health of my retina. Waiting to see him and the other physicians along with fellow low income and minority patients, I always felt grateful to have such a haven for my eye health.”

In response to these claims, Mount Sinai asserts that they are not closing the facility, but rather investing in capital and expanding more initiative services that continue to cater to New Yorkers and the next generation of specialists.

“NYEE is not closing. Due to longstanding trends in the movement of ophthalmology and ENT from inpatient to ambulatory care, Mount Sinai Health System has embarked on a multimillion dollar plan to strengthen and modernize all NYEE programs and services by moving them into new and newly renovated ambulatory settings. And not a single current NYEE service – clinical, educational, and research – will be closing as a result of this transformation,” Mount Sinai said in a statement.

“This process will take months to initiate and years to complete, and through all it NYEE will remain open and available to all its patients. We look forward to working with our staff, our patients, and our community to make this transformation a success and preserve the innovative legacy of NYEE into the 21st century,” a spokesperson for Mount Sinai Health System said.

The doctors–some of whom have been working at the medical center for upwards of four decades–say they have been fighting this battle for years,  but during meetings the top brass show little sign of budging.