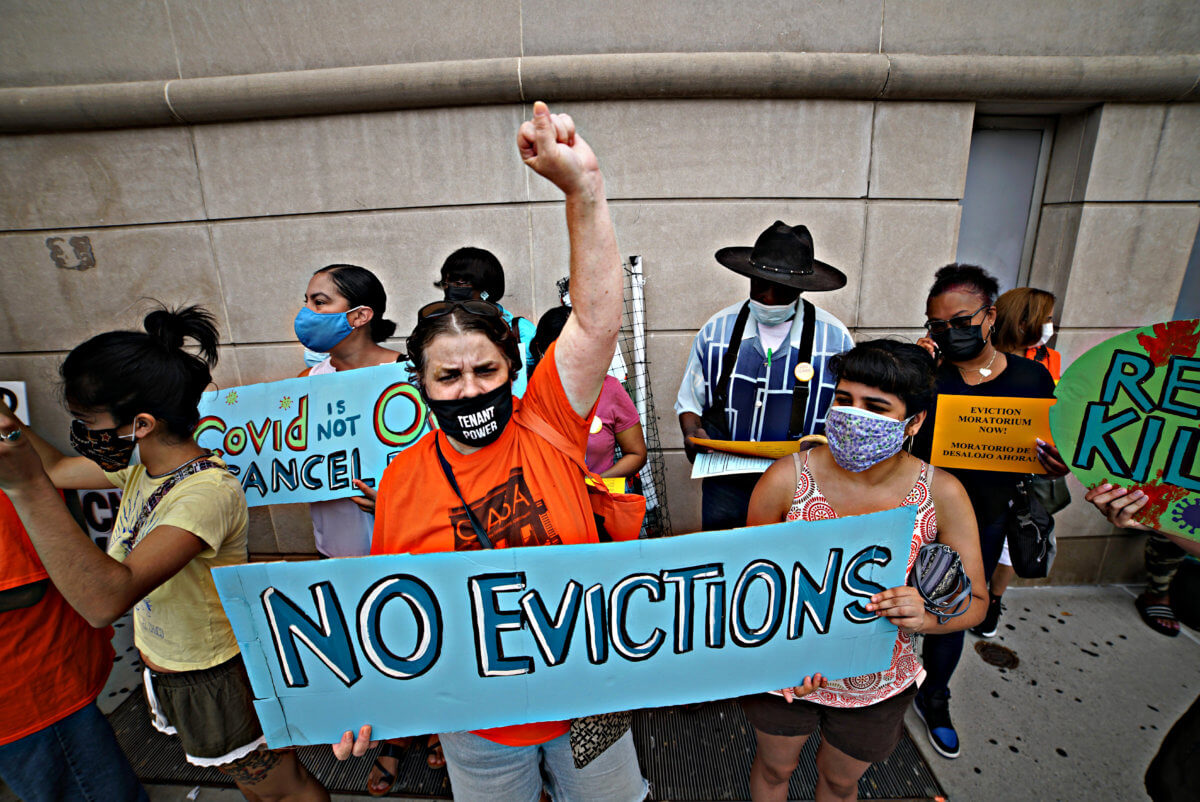 Bronx tenants and Community Action for Safe Apartments (CASA), New Settlement’s membership-driven tenant organizing project, are expected to launch a new campaign this week aimed to keep renters in their homes following the end of the statewide eviction moratorium, amNewYork Metro has learned.

The announcement is scheduled to be made during an 11 a.m. rally on Tuesday, Feb. 1, outside Bronx Housing Court that will protest the thousands of evictions now eligible to proceed. Although the rally will demand that tenants be spared from the streets during the continued pandemic and the year’s coldest months, the demonstration will also introduce a brand new community protection initiative.

Dubbed Eviction Free Bronx, the effort looks to offer individual organizing support to tenants facing eviction while also training community members to disrupt and prevent evictions from being carried out without due process. Lead organizer of CASA, Jordan Cooper, worries that there could be a mass exodus of tenants due to the intimidation and legally confusing notices landlords employ.

“We have to make sure that folks get to court and get that representation and get the support they need and don’t leave. That’s really our biggest concern: folks are going to get a scary letter from their landlord and think that they don’t have any options and then just move out. And we know that if they’re leaving these neighborhoods in the Bronx, there’s nowhere more affordable so that means losing folks to the city entirely,” Cooper told amNewYork Metro.

With the possibility that the Bronx could see a slew of empty apartments as a result of mass evictions, Cooper is also concerned that this could pave the way for a further jump in rent prices across the borough.

“We’re seeing the new construction that’s going up. If you check the applications for the income control apartments, the incomes are set way higher than the average member of our community. And so there are these long-term concerns that are just being compounded by this wave of evictions that we’re facing,” Cooper said.

In addition to personally seeking to aid tenants particularly families at-risk of being removed from their homes, Eviction Free Bronx will also call upon legislature to immediately pass state-wide Right to Counsel legislation, and request an additional $2 billion to be allocated to the Emergency Rental Assistance Program. According to the group, 40% of pending eviction cases within New York City are taking place within the Bronx.

For tenants who have faced the horror of eviction, the Right to Counsel is an ally that cannot be understated.

Randy Dillard is a tenant and CASA member who battled removal alongside his children, but ultimately won his case thanks to access to an attorney.

“In 2012, I was a single parent with five kids. I caught a court case and had a lawyer and allowed me to keep my apartment and stop my family from getting evicted because at that time, when they called me to court, I was ignorant of how the court operated. I didn’t know how to navigate the court system. And I think that any tenant that goes to housing court would have to have a lawyer because you don’t know how to navigate the court system,” Dillard explained.

Cooper anticipates some 50 CASA members to rally outside Bronx housing court on Feb. 1. The demonstration seeks to fight against landlords looking to remove tenants while also spreading the word of Eviction Free Bronx to the surrounding community in hopes of informing them of their rights.