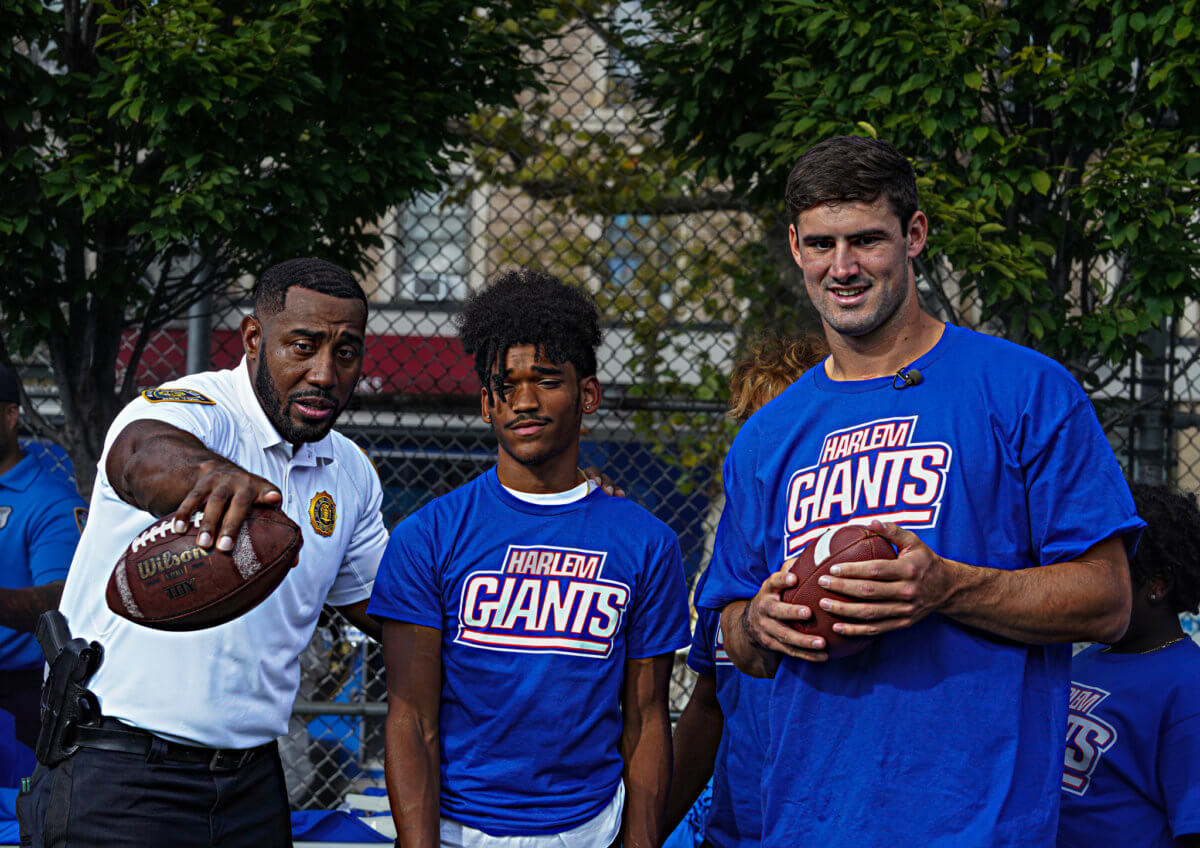 New York Giants players Daniel Jones, Julian Love, and Tae Crowder arrived at P.S 175 to the excited cheers of students who were overwhelmed to not only meet their sporting heroes, but to also play alongside them. The event saw the Giants running the children–known locally as the Harlem Giants–through a series of professional training exercises. From catching footballs hurled their way by Jones to attempting to avoid tackles by Love and Crowder.

The event looked to promote healthy, active lifestyles for youngsters while also building bonds between the community and the NYPD. With the summer coming to an end, the Giants wanted to ensure that the students remain mobile and not return to a video game only lifestyle.

“The main point we tried to do was trying to get the kids out for more fitness and let them know to stop staying home and playing video games,” Deputy Commissioner of Community Affairs Mark Stewart told amNewYork Metro. “Look at your smile. Look at my smile. Look at their smiles. Everybody’s happy. It’s a great day.”

Prior to the games, the children sat and listened to the famous players speak about their own hobbies as children, revealing that they were not so different from the young men and women who they look up to.

“My favorite activity growing up was just playing outside. I grew up with three siblings, so we’re always outside doing something whether it was football, basketball, baseball, soccer, you name it, we did it,” Jones said.

The players not only taught the youth about football but also took selfies and signed autographs, the New York City Police Foundation believed that these moments exemplified the importance of events like these.