These images show horror and heroism in New York on 9/11, 19 years ago Friday

By Robert Pozarycki Posted on September 10, 2020 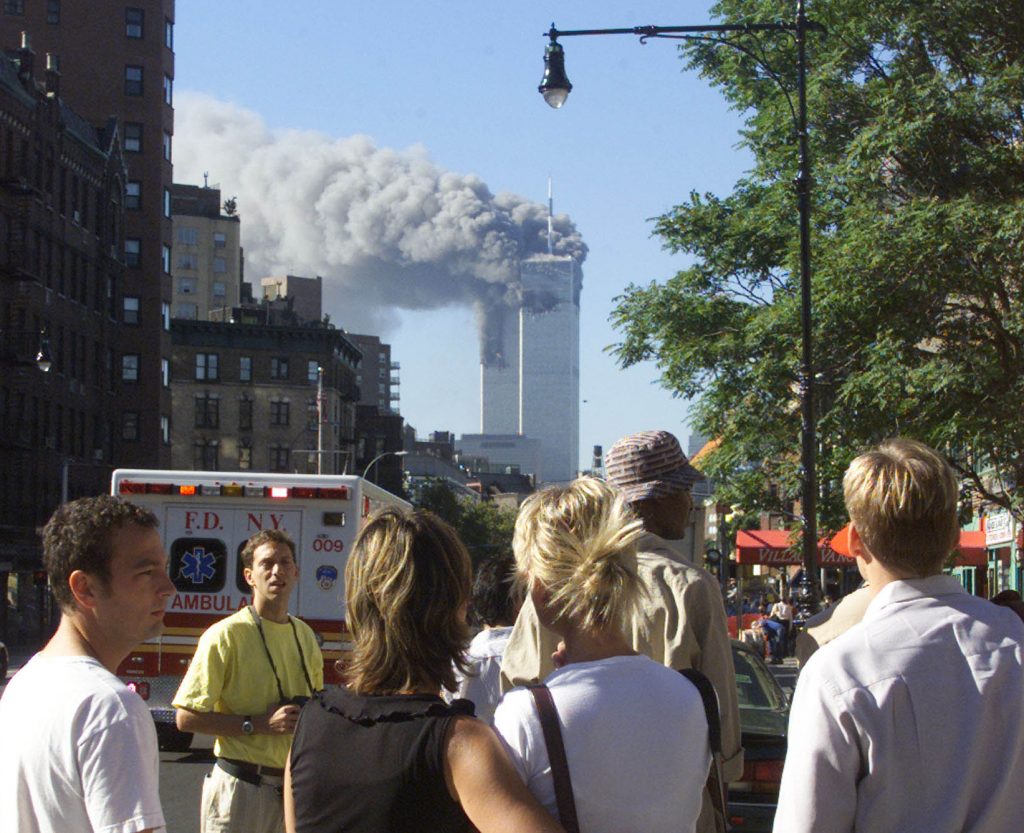 People watch as smoke billows from the two World Trade Center towers after planes crashed into each tower, in New York on September 11, 2001.

The passage of time — 19 years, to be exact — has not faded the memories of the events of Sept. 11, 2001 that were seared into the consciences of New Yorkers there to witness it.

The coordinated terrorist attacks on the World Trade Center, the Pentagon and United Airlines Flight 93 killed nearly 3,000 Americans from all walks of life — and forever altered the course of American history and the New York skyline.

On Friday, the city and country — now dealing with horrors of a different kind from the COVID-19 pandemic — will pause to mark the 19th anniversary of the day of infamy, and honor the lives of victims killed in the attacks, and heroes who died attempting to save them.

In 102 minutes on what had started out as a beautiful, late summer morning, terrorists destroyed the World Trade Center in one of the most harrowing episodes in history. The attackers crashed hijacked passenger jets into each tower, setting off massive office fires in each building.

Nearly two decades removed from the attacks, the death toll connected to 9/11 continues to grow today — as many of those who labored at Ground Zero have suffered debilitating illnesses related to their work in the recovery mission. The Fire Department, for example, lost 343 members during the attacks — and another 226 members in 19 years due to 9/11-related illnesses.

Ground Zero was finally cleared of World Trade Center rubble in May 2002, and over the next decade, the site was rebuilt into a modern center of business. The Twin Towers footprints were preserved as part of the National September 11 Memorial and Museum — where the heroes and victims of 9/11 are honored and the history of that fateful day is preserved so all may “never forget.”