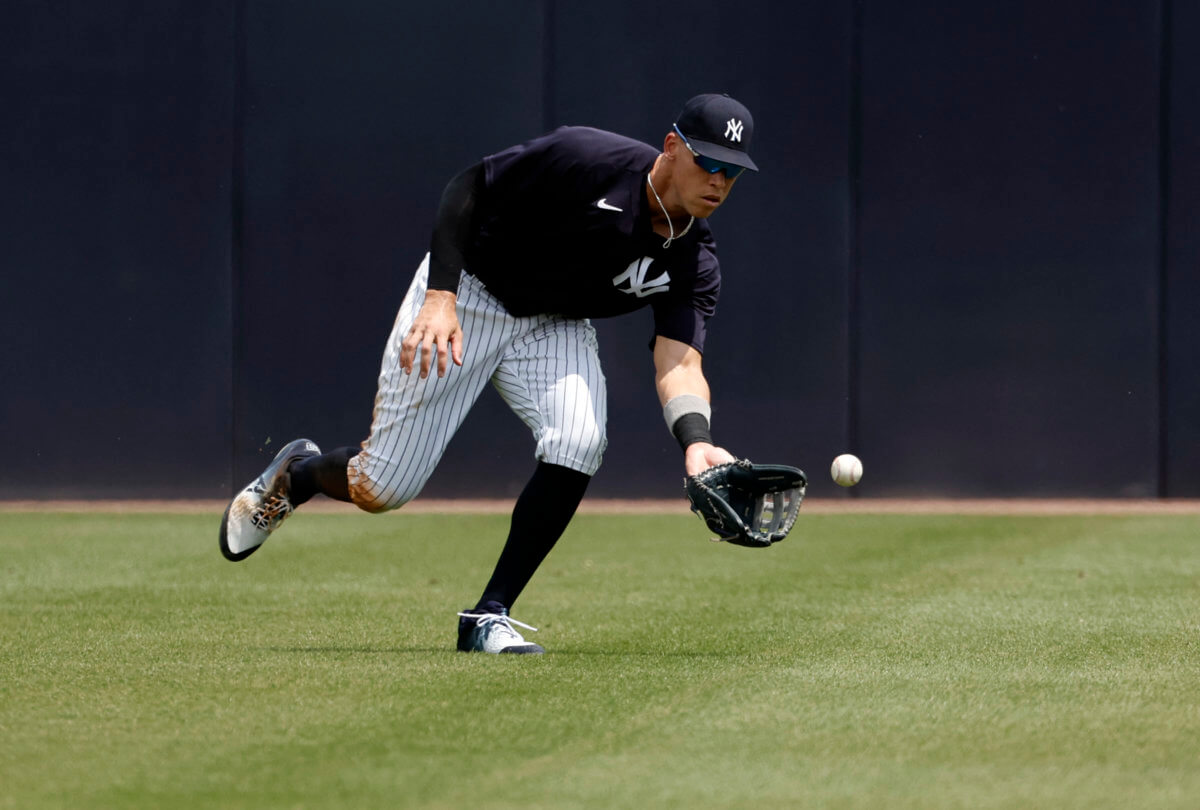 The Yankees blew past the Philadelphia Phillies in a Monday afternoon preseason game, propelled by an offensive explosion in the 7th inning.

JP Sears began the game on the mound for the 3 three innings for the Bronx Bombers, and gave up 1 run while striking out 3 batters.

The Yanks’ offense, meanwhile, stayed quiet to begin the game, and only reached the scoreboard in the 4th inning after a Joey Gallo double to right field, followed by an Isiah Kiner-Falefa single to center that scored Gallo.

The highlight of the game came when outfielder Giancarlo Stanton caught a dribbler in right field from Phillies’ third baseman Alec Bohm, and quickly threw out Philadelphia shortstop Jean Segura as he attempted to make it to third base.

Giancarlo Stanton guns down the runner at third! pic.twitter.com/aF3u5AbFUJ

The Yankees struck again when shortstop Gleyber Torres hit a home run in the bottom of the 6th inning to left field on a sinker from Phillies youngster Tyler Carr.

The 7th inning saw the Bronx Bombers pull away in the expedition game, after DJ LeMahieu walked, and Anthony Rizzo was subsequently hit by a pitch.

That brought up Yanks’ superstar Aaron Judge, who smashed a sinker from Philadelphia pitcher Seranthony Domínguez right field for a 3-run homer to put the team from New York up by a 5–2 margin.

Both teams went scoreless in the 8th inning, and Yankees’ relief pitcher Aroldis Chapman shut the Phillies down in the top of the 9th to secure the teams’ victory.

The Yankees now move to a 9–9 record in the preseason, with just days to go before the team’s regular season opener at home against the Boston Red Sox on April 7.

Aaron Judge finished the game with a team-high 3 hits, while recording 3 RBIs in 4 at-bats.

The Yankees enter the upcoming season among the top-tier franchises in the MLB. FanDuel Sportsbook, a popular betting site, gives the team +1300 odds to win the World Series (meaning bettors would win $13 for ever $1 wagered), which is good for the 7th best odds of any franchise in the league.

Meanwhile, the Mets are trail the Bronx Bombers at +1500 odds, which is partially due to recent injuries to both aces Jacob deGrom and Max Scherzer.