Knicks’ Cam Reddish out for the season with shoulder injury 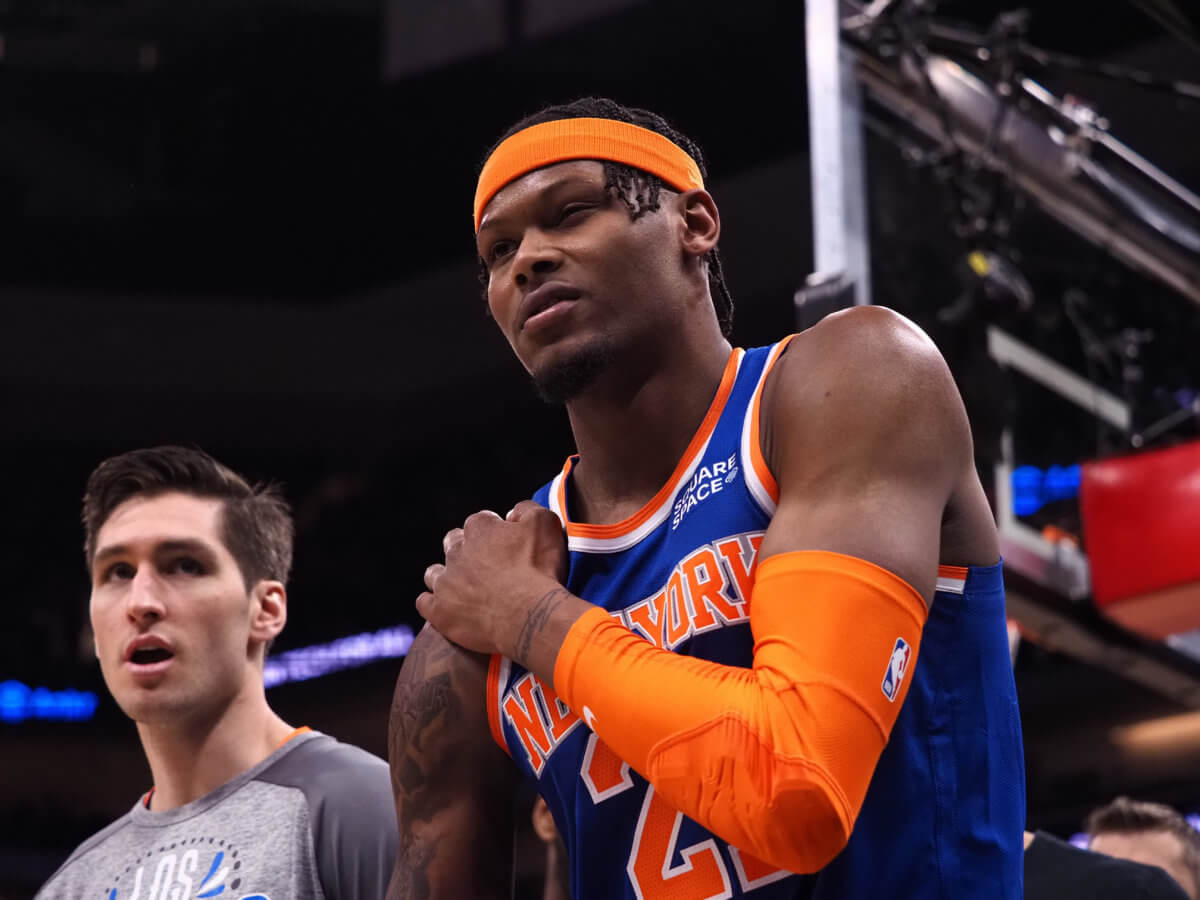 Cam Reddish holds his shoulder after suffering an injury against the Sacramento Kings on March 7.
Kelley L Cox-USA TODAY Sports

After suffering a right shoulder separation, New York Knicks forward Cam Reddish will miss the remainder of the NBA season, according to ESPN’s Adrian Wojnarowski.

The 22-year-old big man, who the Knicks acquired in a trade with the Atlanta Hawks on Jan. 13, will be sidelined for about 6 weeks — and therefore will miss the team’s remaining regular season games, but will be available for summer activities.

Reddish suffered the injury on March 7, when he attempted to block Sacramento Kings guard Davion Mitchell’s attempted layup, but landed awkwardly on his right shoulder.

The 6-foot 8-inch forward from Duke came to the Knicks with much fanfare, as he’s recorded 11.1 points and 3.4 rebounds per game in his first three NBA seasons — and has been widely regarded as a promising young prospect in the league.

He did struggle to crack Knick coach Tom Thibodeau’s lineup after arriving at Madison Square Garden, averaging just 14 minutes each game, in which he scored 6.1 points.

His three-point shooting, which was a major factor in the team’s optimism about his arrival, dipped significantly — going from a 38% clip this season while on the Hawks, to just 25.8% after the trade to New York.

The Knicks, meanwhile, remain out of the playoff picture with a 28-38 record, placing them 3.5 games behind the Atlanta Hawks for 10th place in the Eastern Conference.

The team’s next game comes against the Memphis Grizzlies on Friday night as the 6th game of a 7 game road trip that ends at the Barclays Center against the Nets on March 13.