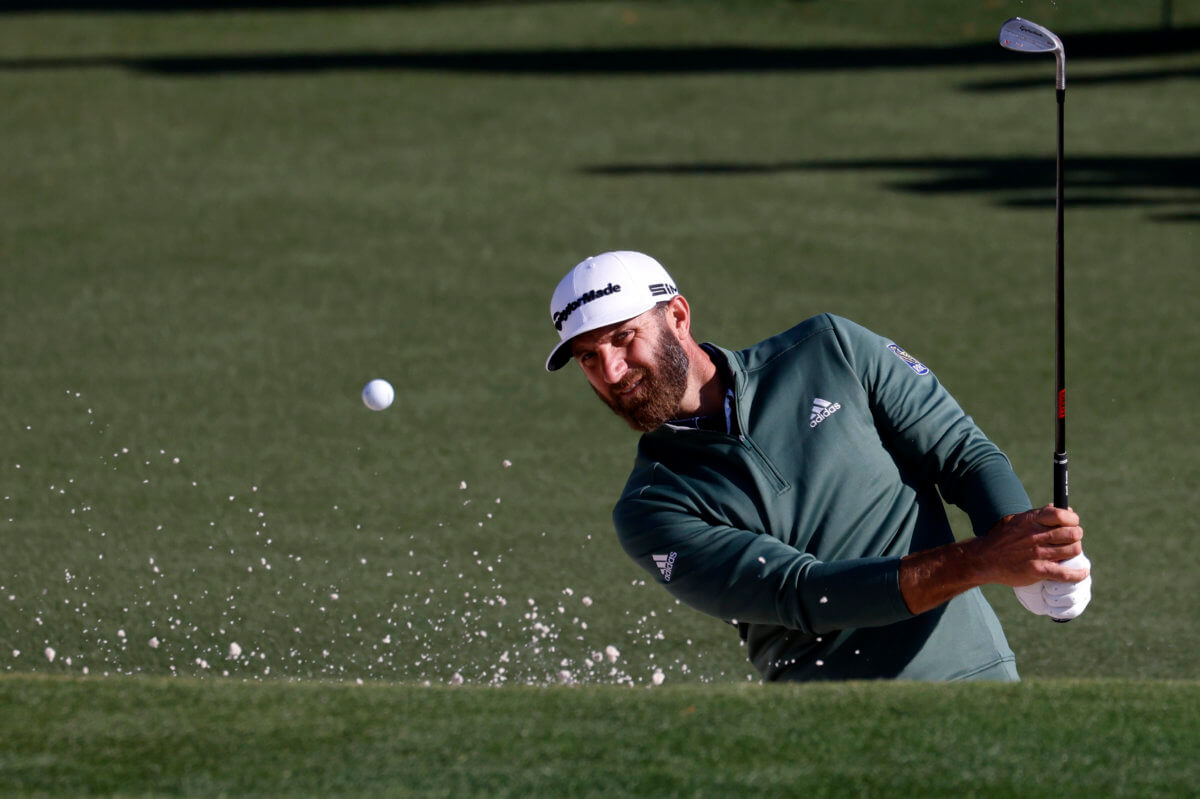 Dustin Johnson of the U.S. plays out of a bunker on the second hole during a practice round.
REUTERS/Mike Segar

World No. 1 Dustin Johnson has barely had time to break in the green jacket he picked up at the COVID-delayed Masters in November before he returns to Augusta National this week, where he is favored to take home another.

The hard-hitting American is a 9-1 favorite to win the tournament, according to William Hill Sportsbook, ahead of compatriots Justin Thomas (10-1) and Bryson DeChambeau (11-1), and for good reason.

No one has been as consistently great as the 36-year-old South Carolina native, who has notched up victories every year since he joined the PGA Tour in 2007, with the exception of a still-impressive 2014 campaign.

But the two-time major champion’s biggest asset might be his ability to tune out the hype and focus on the task at hand.

“I don’t think any of that touches him,” ESPN’s Scott Van Pelt said when asked whether the short turnaround would help or hurt the man better known simply as “DJ.”

“I don’t think it’s good or bad. He’s got the best ability on Tour to look out the windshield and not in the rear view mirror.”

“There’s not much that bothers him. As I was talking to Butch Harmon yesterday, he said, ‘You know, he hasn’t played great the last three times out, no worry. No worries at all,'” he said with a laugh.

After winning the Saudi International in February, Johnson finished tied for eighth at the Genesis Open, tied for 54th at the WGC-Mexico Championship and tied for 48th at The Players.

Johnson will also be playing in very different weather conditions this week than he did when he secured his five-stroke victory in November.

But that too is also unlikely to faze him.

“He won on a soft Augusta National last year and shot amazing scores, but he had a ton of top 10s in a row in April,” said Andy North.

“So if his game’s anywhere near where it’s supposed to be, there’s going to be a great chance to defend.”

The Masters begins on Thursday.