By Christian Arnold
comments
Posted on May 2, 2022 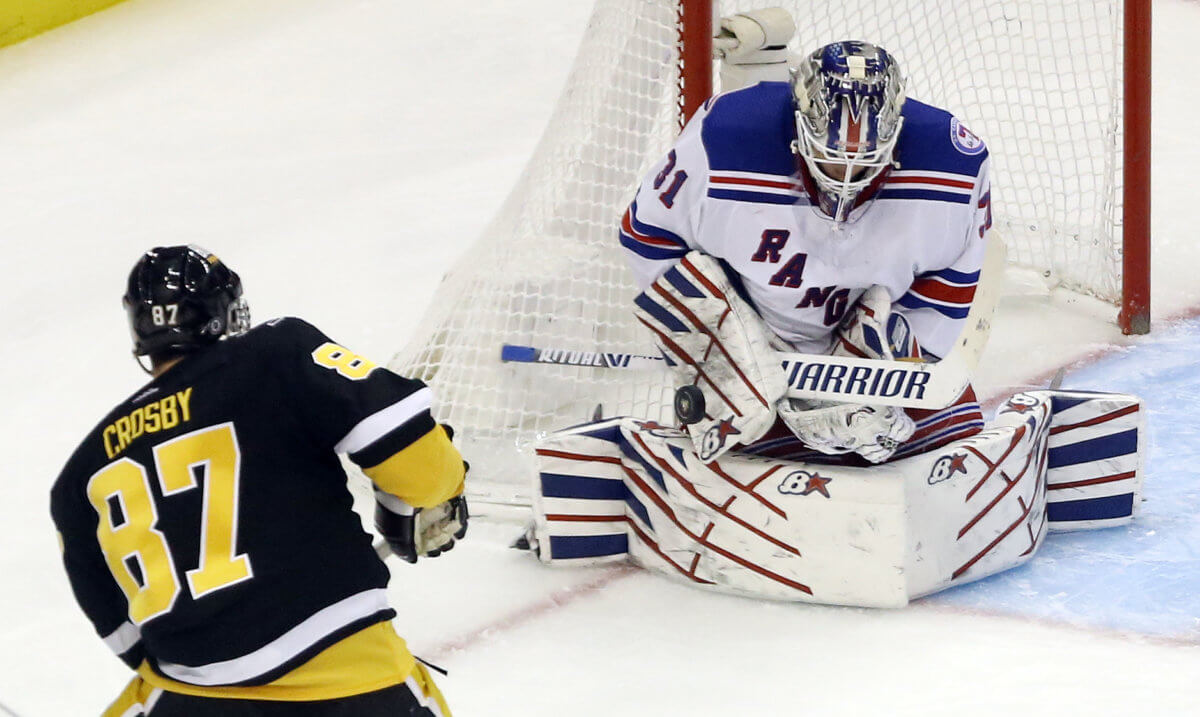 There’s a reason why Igor Shesterkin is one of the best goaltenders in the NHL and a favorite to take home the Vezina Trophy. Perhaps it’s the mindset that the 26-year-old carries with him during the regular season and now into the New York Rangers’ first-round series with the Pittsburgh Penguins.

“(hockey) is always in my brain,” Shesterkin said following the Rangers practice on Monday. “I think about my game every day. Like what mistakes I did and what I did good. And when I get back on the ice the next game I just need to forget about it.”

The Rangers are making their first playoff appearance in a non-bubble setting for the first time in five years. It will also mark the first time for several of their youngsters, including Shesterkin, that they would be competing in the postseason following an 82-game schedule.

Shesterkin has been a large part of the Rangers’ success this year, backstopping the team with a 2.07 save percentage and a .935 save percentage during the regular season. He also recorded a career-best six shutouts this year.

The Russian netminder also appeared in a career-high 53 regular-season contests. Shesterkin appeared to imply tongue in cheek that it was too many games, but his feeling on his season so far shouldn’t have surprised anyone.

The Blue Shirts will be counting on the young netminder to continue to produce in the playoffs in the same way he had during the regular season. He has had plenty of success against the Penguins already as well, allowing just four goals combined in four starts against Pittsburgh this past year.

Shestekrin also recorded three of his six shutouts in his final 10 starts of the season, which included one on April 7 against the Penguins.

“We know we got great goaltending,” New York Rangers coach Gerard Gallant said. “Igor has been unbelievable all year long. (Alexandar Georgiev) is 7-1 in his last eight games, so we feel good. Can feel good about your goaltending, but I feel good about our team. It’s all about team with us and we play the game the right way we have a chance to win every night.

“They know we’re playing a real good team in Pittsburgh, but go play. Play our game and have fun. The message doesn’t change. I think our guys are confident.”

For Shesterkin nothing has changed in his mind now that the postseason is upon his team. He expects Madison Square Garden, which will be hosting its first playoff game since May 9, 2017, will be a wild atmosphere but his focus will remain the same.

While Shesterkin has had plenty of success since making the jump to the NHL, he only has one postseason start under his belt. He was in net for Game 3 of the round-robin series during the playoff bubble in 2020.

Igor Shesterkin has spoken with New York Islanders goaltender Ilya Sorokin about what the playoffs are like, he told reporters on Monday. Sorokin has appeared in seven playoff games for the Islanders and helped the Rangers’ biggest rival knock out the Penguins in the second round of the 2021 Stanley Cup Playoffs.

“A couple of days ago he told me it was a very good experience for him. And he told me just relax and have fun,” Shesterkin said.

Game 1 of the series is set to take place on Tuesday at 7 p.m. at Madison Square Garden with Game 2 scheduled for  Thursday evening in Manhattan. The Rangers and Penguins are meeting in the playoffs for the eighth time.