Kemba Walker train back on the rails for Knicks 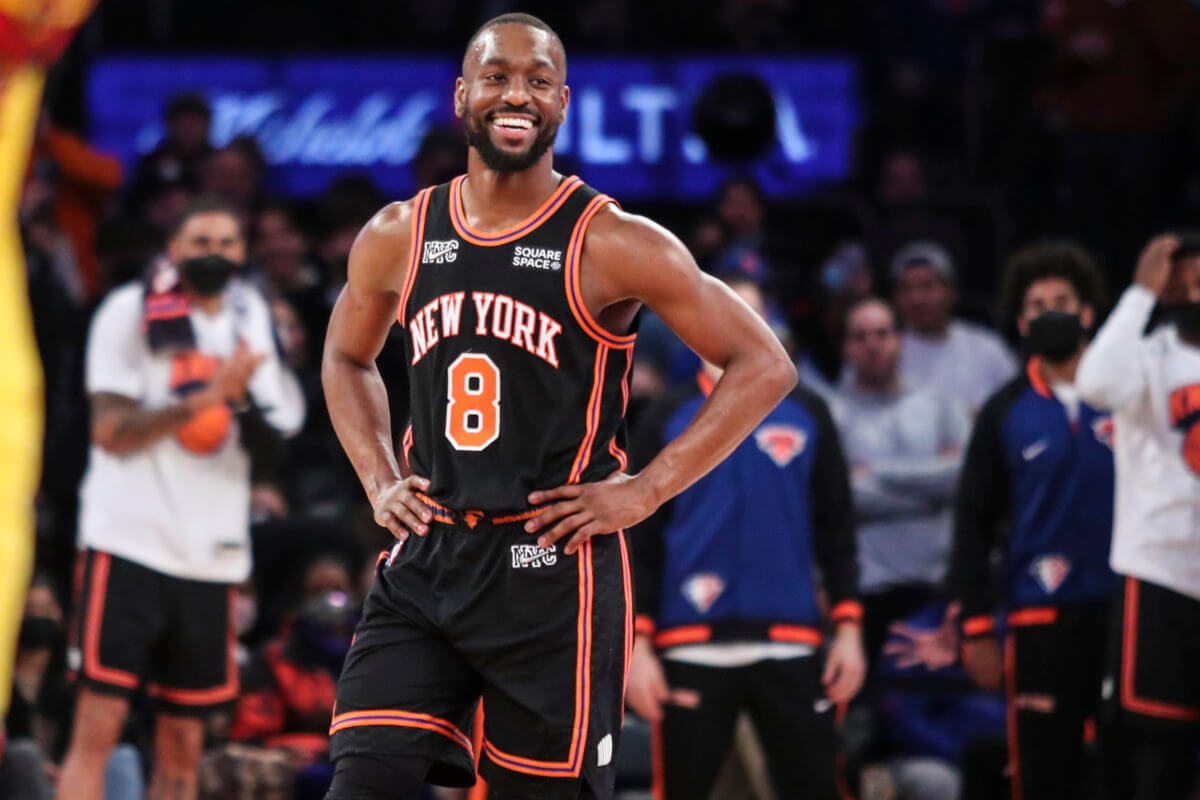 Kemba Walker has a future with the New York Knicks, after all.

Christmas Day not only provided the yuletide cheer of a Knicks 101-87 revenge victory against an Atlanta Hawks team that trounced them out of the playoffs last season, but it saw Walker restored to the Knicks’ starting five where he continued to gift the fan base with some stellar play.

The 31-year-old became the seventh player in NBA history to record a triple-double on Christmas Day, recording 10 points, 10 rebounds, and 12 assists in 40 minutes of action.

In the four games he’s played in — the first three out of necessity as the Knicks were ravaged by COVID — since returning from a nine-game exile sparked by Tom Thibodeau’s decision to completely remove him from the rotation, Walker has averaged 26 points, 8.3 rebounds, and seven assists. That included a 44-point outing in a loss against the Washington Wizards on Thursday before his historic triple-double on Christmas Day.

“It was amazing. It was amazing,” Walker, a Bronx native said of his Saturday afternoon performance. “Those are moments you dream about. It’s kind of hard to put into words, to be honest, but it was special. To be home with that New York on my chest. I am a New York City kid born and raised, it felt amazing.”

It was also a just reward for the patience and professionalism that Walker showed during his benching.

Opting to prioritize defense and size, Thibodeau preferred Alec Burks with a rotation of Derrick Rose and Immanuel Quickley along with younger contributions from Miles McBride and Quentin Grimes. It cast Walker, who came home to a hero’s welcome over the summer when signing a two-year deal, to the very end of the Knicks’ bench. All the while, he rarely voiced his displeasure; and when he did, it was in a conservative manner that didn’t rock the Knicks’ boat.

“I am over it. It doesn’t matter anymore at this point,” Walker said on Saturday. “I just take it as a blessing. I think it was a blessing in disguise, to be honest. God works in mysterious ways, he has blessed me, helped me stay humble and grounded, and got me through a tough situation. I just continued to work, time goes on and guys go down and I am back.”

His demeanor certainly did not go unnoticed, resonating throughout the roster.

“Man, he’s honestly like the heart and soul of our team,” Knicks star forward Julius Randle said. “We talk about it all the time, it’s me and him, the team will go as we go. If we come to the game and bring energy, we fight, we compete, everybody else is going to do it too.

“He’s been doing a great job every night coming out, leading us, bringing energy, and just going every game. He means a lot to our team for sure.”

With Rose out for at least two months after undergoing ankle surgery, the backcourt is once again Walker’s to run.