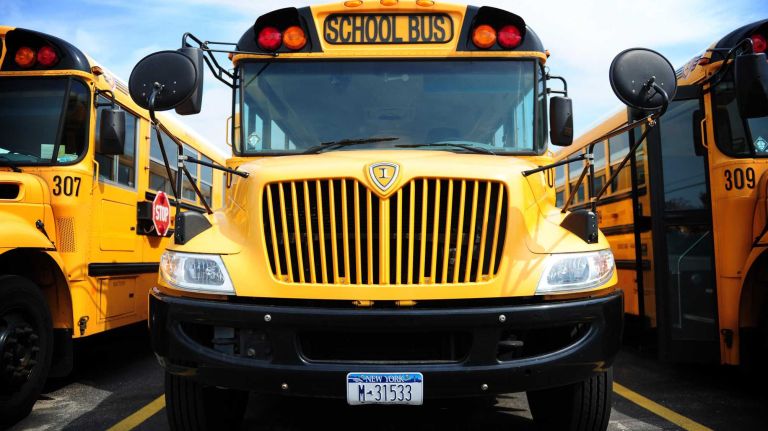 School bus companies across New York City are in shambles after the COVID-19 crisis forced the city to cut funding to the contracted services. To add insult to injury, rumors are circulating that City Hall wants to take over these private enterprises serving public schoolchildren.

On April 18 after City Comptroller Scott Stringer wrote a letter to Schools Chancellor Richard Carranza and the Department of Education highlighting the fact the city was still paying contractors even while schools had been closed since March 13, at which point funding ceased.

The city was set to spend $700 million on contracts through June even with $827 million in budgetary cuts to the education.

“We have been taking a hard look at the state of school bus operations and contracts, and we are having conversations with a few companies,” City Hall spokeswoman Jane Meyer confirmed to amNewYork Metro.

Corey Muirhead, who runs Logan Bus Company, told amNewYork Metro that the city has cut them off financially, with the last payment received in March. Since then, nearly all the workers employed at Logan have been laid off, which Muirhead explains were union jobs with health benefits.

The school bus industry accounts for about 16,000 jobs in the city.

“In times of trouble whether it be 9/11, Hurricane Irene, Hurricane Sandy, private school bus companies have always been there for the city answering the bell. To be viewed in a negative light right now is extremely disheartening and very upsetting when we’re one of the few industries that are 100% unionized,” Muirhead said. “The city should afford us a seat at the table in their discussions for reopening schools because we can help out tremendously.”

Stringer’s letter to Carranza called the continued expenditures on transportation fiscally irresponsible under the current circumstances.

“Given the extreme budgetary pressures faced by the City amid the COVID-19 pandemic, it would seem contrary to all sense of fiscal prudence that the City would continue to pay for services that can no longer be rendered for the remainder of the school year,” Stringer wrote. “Every dollar must be leveraged to respond to our current public health crisis and to offset other proposed cuts to city schools.”

In early March, before the shutdown, Stringer’s office called for better oversight of the school bus industry weeks after a bus fatally struck a 10-year-old girl in Brooklyn. He blamed “shoddy” contracting for creating an unsafe environment.

With a litany of bureaucratic processes and compliances to wade through, Muirhead said the school bus industry does not come with a simple on-and-off switch.

There are three different kinds of bus company contracts issued by the city: legacy (contracts negotiated before 2013), 2013, and 2014 bus companies. The 2014 companies do not have contracts for September 2020 school year.

While Ursulina Ramirez, chief operating officer of the DOE, said in a Tuesday City Council hearing that the agency is in talks with bus companies for new contracts for the upcoming year, Muirhead says this has not been the case for Logan, which has not had contact with the city for more than a month.

DOE representatives did not mention buying small bus companies in the hearing. Carranza did, however, explain they were in talks with providers and would have more information on the fall semester soon. He did not provide a timeline for these updates.