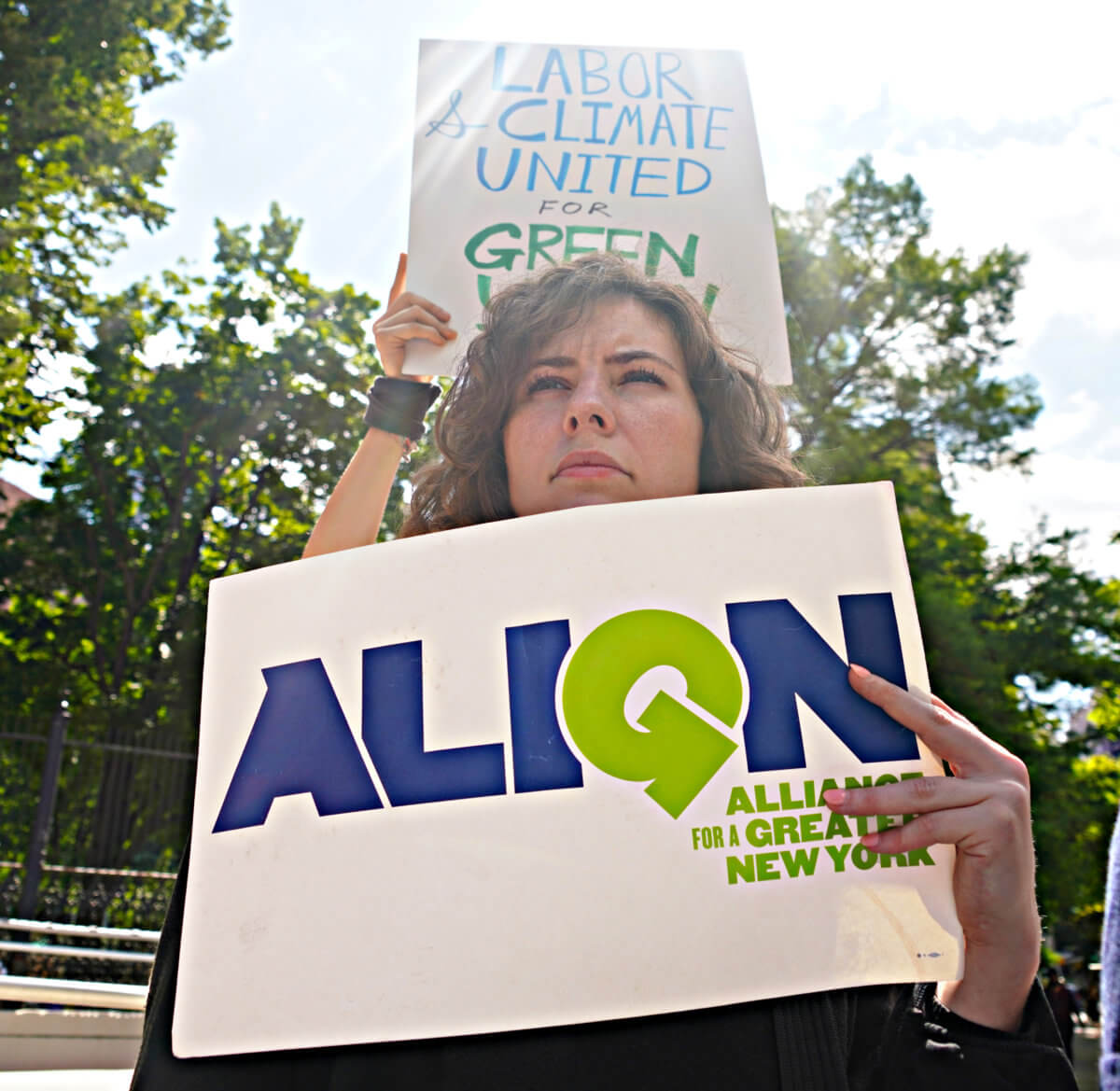 Climate and labor leaders rallied together Wednesday in Tribeca calling for green union jobs and climate justice for New York.

Pointing to the BMCC the coalition of labor leaders heralded the building and its eco-friendly solar panels as a symbol of what the merging of those two aspects cab create: a brighter, greener future.

“It will take all of us to work together to ensure that this law becomes a reality,” said Maritza Silva-Farrell, the Executive Director of ALIGN. “This location right here is a representation of what is possible. What is standing at the largest solar panel project in Manhattan. We can do this and more in the entire state when there is collaboration towards a common goal, and we’re seeing it every day.”

In 2019 the Climate Leadership and Community Protection Act (CLCPA) was signed into law, and then in January 2022 developed the Draft Scoping Plan, which is a blueprint that lays out New York’s greenhouse gas emission targets—an overall framework on how the state will reduce these emissions— while also increasing opportunities for renewable energy, protecting public health from climate change-induced impacts, and supporting disadvantaged communities and workers across the state.

The rally included 12 labor unions, representing nearly a million workers all demanding climate justice and a just transition for workers so that no one is left behind.

“We believe in the need to change the way we power our city, but we must not be left behind in that transition. All workforce has the opportunity to create a renewable tomorrow we’ll we can innovate the transition generation and consumption of energy to deliver a carbon free future. The members of UWA local one dish two can leverage the same training that has made our power system work to now be clean and generate both effective, efficient and equality equally the energy for the entire community, the barrel and key segments of the city. The just transition begins with the workforce and infrastructure we operate and the expertise we bring,” Tom Martin said, a senior business agent representing Just Transition Working Group.

The unions say New York could become the forerunner of what a green city could be, paving the way for other cities across the country and world with the help of a union workforce than can transition with green jobs. For them, a greener city does not mean the loss of work.