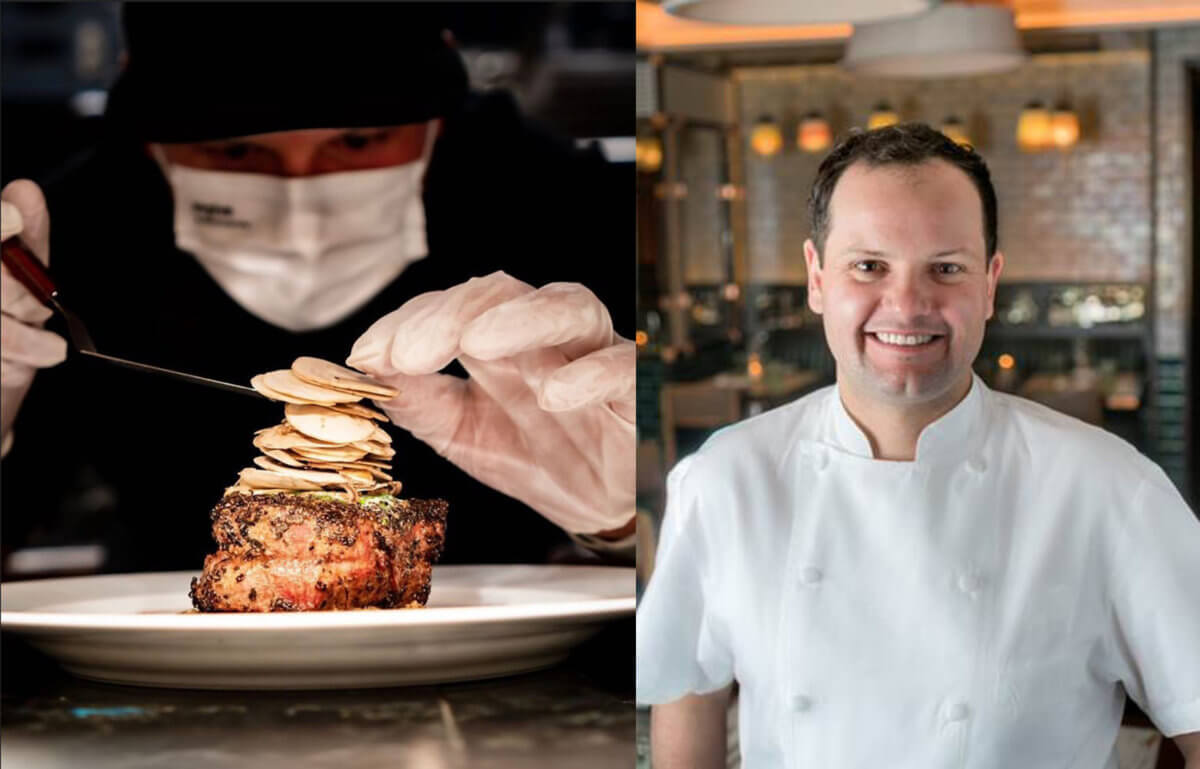 Chef Jason Hall was always intrigued by food. As a child, the Toronto native says he was fortunate to have been able to travel with his parents growing up and that’s where he first felt the spark that inspired him to start cooking.

“Not everything was fine dining but seeing how other people and places ate, through that experience, I became interested in food,” said Hall. “I worked through high school with some chefs that worked in other cities, went to culinary right after high school, and started working for high-end big names in the business. It’s all I’ve ever done.”

One thing that Hall found particularly interesting was how different regions approached their food. Though the cuisine and traditional dishes would be different, everyone prided themselves on keeping things “fresh and simple.”

“I grew up in Toronto and when to high school in Nashville, Tennessee. What I was able to see living there and living in the south and traveling to cities, different people in different places eat different things,” said Hall. “Regional cuisine was very fresh and simple, I always kind of leaned that way. When I got to really dig into professional kitchens, that was the one kind of principle that always was consistent through all of the chefs I worked for, using high quality and seasonal ingredients.”

Hall currently serves as the Executive Chef and Culinary Director for Tao Group Hospitality, which owns a number of restaurants, clubs and hotels throughout the world. He works closely with the team at TAO to develop new concepts and menus, oversees several of the group’s brands, and he serves as the Executive Chef at Cathédrale, a French-Mediterranean cuisine restaurant that opened in the East Village in 2019.

“A lot of my role is split between creative and coming up with new projects, concepts and menus, and then the operations of opening new projects and managing current restaurants,” said Hall. “I definitely wanted to be a part of a large company. TAO Group is bigger than one person and to work with people across different platforms makes it so unique and great. They operate in hotels, nightlife, high end restaurants, quick service fast-casual — it really keeps you on your toes.”

During his time in New York, Hall found that he was able to make a lot of connections with vendors and found that a lot of restauranteurs, whether high-end or otherwise, often utilize the same people because they have the best of what’s available. Because of how vast New York City’s food scene is, Hall says that this level of excellence translates over to how these restaurants are able to succeed.

“One thing about New York City is that you have the best of every category,” said Hall. “You really get to see that everyone strives for excellence, they are at the top of their games.”

“[The pandemic] was so hard and different for so many people. I feel that for us, our restaurants got better because we were able to strip it down and do it with less people. We were doing 400-600 covers a night before, and it took a lot of people to make that happen,” said Hall. “That summer, myself and a small team of chefs came back to the basics of getting real ingredients and serving them to guests. Guests were less critical because they had the gratitude to eat at a restaurant, but there was a lot of anxiety about the unknown.”

Hall says that as a result, TAO’s restaurants have been able to bounce back stronger because of all of the effort that was put in during the pandemic, and that the company figured out what steps it was willing to take to adapt to this new way of doing things.

“You learned what you were made of and willing to do. As a company we came out stronger and as an industry, we learned who were the people doing things right prior to the pandemic,” said Hall. “It was hard but we found some positivity.”

Hall was recently in Los Angeles to help launch TAO’s LAVO Ristorante, which is the first new restaurant opening for the group since the start of the pandemic. Hall also says that TAO is working on a concept for a new location of the brand’s Moxy hotel, entitled Moxy Gallery.

“[The hotel is] going to anchor the Lower East Side a little more. That little block is an untapped destination that bridges SoHo and the Lower East Side together,” said Hall. “It will be on a corner on Bowery and Broome, we’re very excited about it.”

For more information about the latest from TAO Group Hospitality, visit taogroup.com.