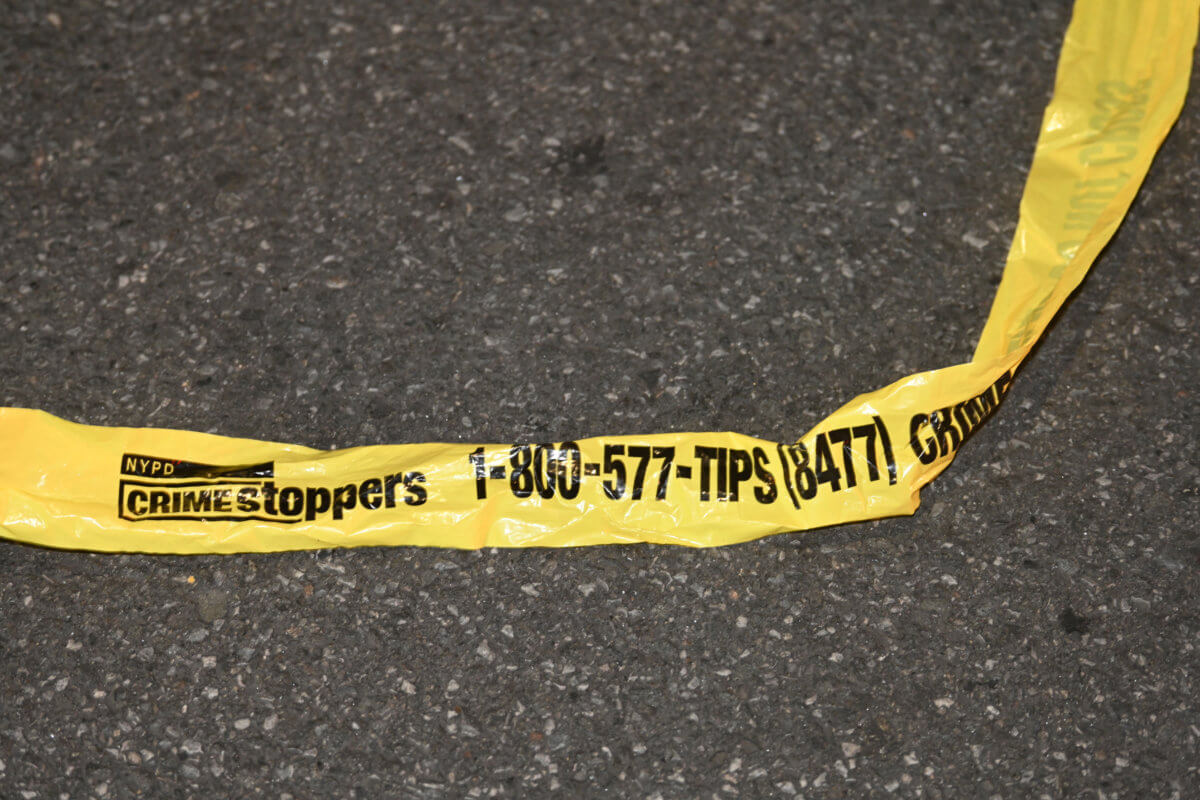 Police tape lies on the ground of a crime scene.
Photo by Lloyd Mitchell

A gunman opened fire at three men, killing one of them and injuring the other two, in a Brooklyn shooting Sunday night.

The suspect approached the men standing at the corner of Fulton and Ashford streets in Cypress Hills just before 3:30 a.m. on Sept. 25, and unloaded nine shots, hitting one guy in the torso, another 35-year-old in the back, and a 23-year-old in the left leg.

The armed attacker fled on foot heading east on Fulton Street, according to an NYPD spokesperson, and he remains on the lam.

The first male, whom police did not identify, died from his wounds at Brookdale Hospital, while the other two are also at the medical facility but in stable condition.

It was the second deadly shooting on Sunday morning. Earlier, a man was shot multiple times and dropped off at Wyckoff Heights Medical Center; he later died of his injuries.