By Angélica Acevedo Posted on January 6, 2022 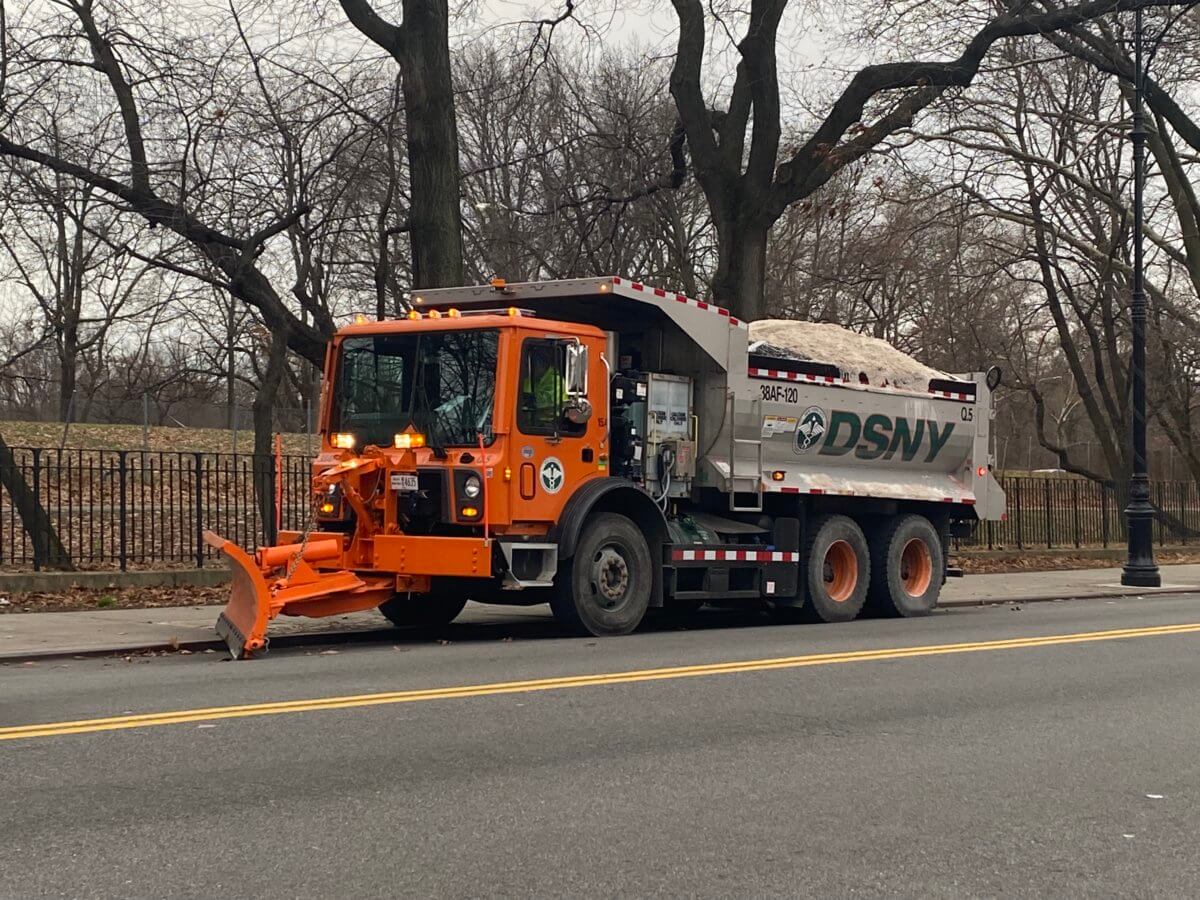 The first big snowstorm of 2022 is due to hit the Five Boroughs of New York City tonight into early Friday morning, with as much as a half-foot of the white stuff expected to fall.

The city issued a snow alert and a travel advisory with an anticipated accumulation of between 3 and 6 inches of snow possible. The heaviest snowfall is expected to occur Friday morning between 4 and 8 a.m. — the heart of the morning rush hour, according to the National Weather Service. Temperatures are expected to be a low of about 27 degrees, with wind chill values between 20 and 26 degrees.

Farrell said she encourages all New Yorkers to “exercise caution” if they have an early morning commute on Friday.

“Travel conditions for Friday morning are going to be messy and they may be dangerous. Your safety is our number one concern,” Farrell said. “If you are going out, please give yourself enough time. Mass transit may be the best bet, but please check schedules before you leave your home. During events like this, we always remind you to check on your neighbor and loves ones, especially those who are vulnerable to these types of incidents. Finally, please remember that an informed New Yorker is a prepared New Yorker.”

DSNY is preparing for the possibility of plowable snowfall, and have spent Thursday prepping workers and equipment for snow removal response.

Alternate Side Parking (ASP) is suspended Friday, Jan. 7 and Saturday, Jan. 8, according to DSNY Commissioner Edward Grayson, in anticipation of extremely cold temperatures and residual snow.

Grayson said the department has already brined hundreds of streets, with 330,000 tons of salt on hand, and 700 salt spreaders that will be deployed in anticipation of the first snowflakes. Over 1,600 plowed vehicles are prepared to be deployed immediately once there is 2 inches of snowfall.

“We ask all New Yorkers to do what you can to give us the time we need. Remember that the men and women that are going to be fighting the storm for you are also the men and women who pick up your refuse and recycling, so we will be in a service delay because of that as we respond to the storm,” Grayson said in a press conference Thursday.

Grayson said they will suspend refuse and recycling while they clean after the storm, and once there’s an “adequate storm response,” they will immediately pivot back to the service.

DSNY said New Yorkers can still put out the trash and recycling following normal schedule, but should be advised of the pickup delay. Curbside composting is suspended Friday, Jan. 7, according to the department.

Grayson noted that about 22% of the DSNY workforce is out due to COVID-19, but despite that, the workforce is “very adequate for this storm.”

In terms of outdoor dining structures, restaurant owners may operate as normal during the snow event if deemed safe to do so. Grayson said he asks business owners to look after where they shovel and where they place the snow, preferably adjacent to their structure rather than the roadway.

Bike lanes were pre-treated leading into the precipitation with new equipment that has a small plow in the front and brine in the back. Grayson reminded New Yorkers to not push snow from properties into bike lanes.

New Yorkers are encouraged to sign up for Notify NYC if they haven’t done so to keep up with latest advisories.