The European Central Bank meets on Thursday and will likely be pressed on signs of divisions over the future pace of bond purchases, which have been stepped up recently to prevent a rise in borrowing costs from derailing the recovery.

The euro area is still grappling with lockdowns and a third wave of COVID-19 but business activity appears to be holding up. The April flash purchasing managers index on Friday should provide fresh clues on the outlook. Signs of a swift recovery could raise questions over when the ECB will slow its bond buying, putting recent bond market calm to the test. 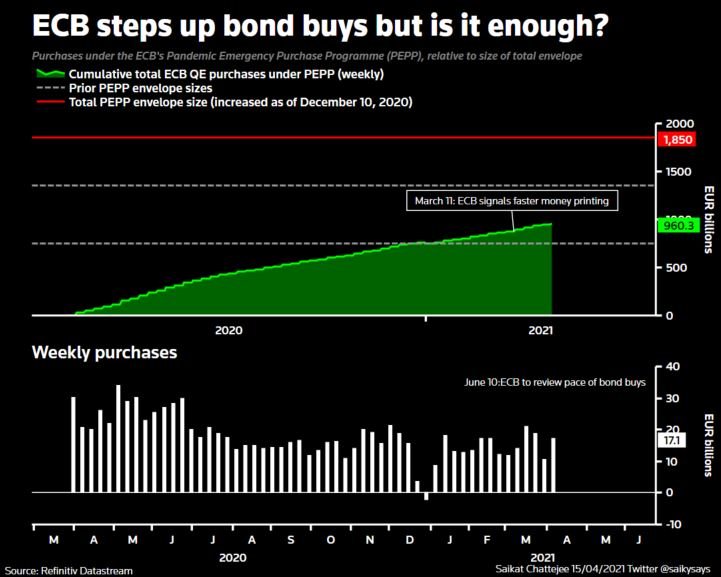 U.S. President Joe Biden’s administration slapping sanctions on Russia has served as a potent reminder that geopolitical tensions are very much alive.

The immediate market impact seems to have been somewhat muted, but few doubt the curbs – including restrictions on Russia’s sovereign debt – mark a turning point and will have long-term effects.

Elsewhere, greater China markets are closely watching the first summit between Biden and Japan’s Prime Minister Yoshihide Suga and a possible joint statement that might refer to Taiwan for the first time since 1969. Investors have so far not priced much risk from the sudden increase in China’s maritime activities near Taiwan, but the prospect of an embittered China is giving Japanese stocks some pause.

-As Suga heads to U.S., Japanese stocks with ties to China take a beating 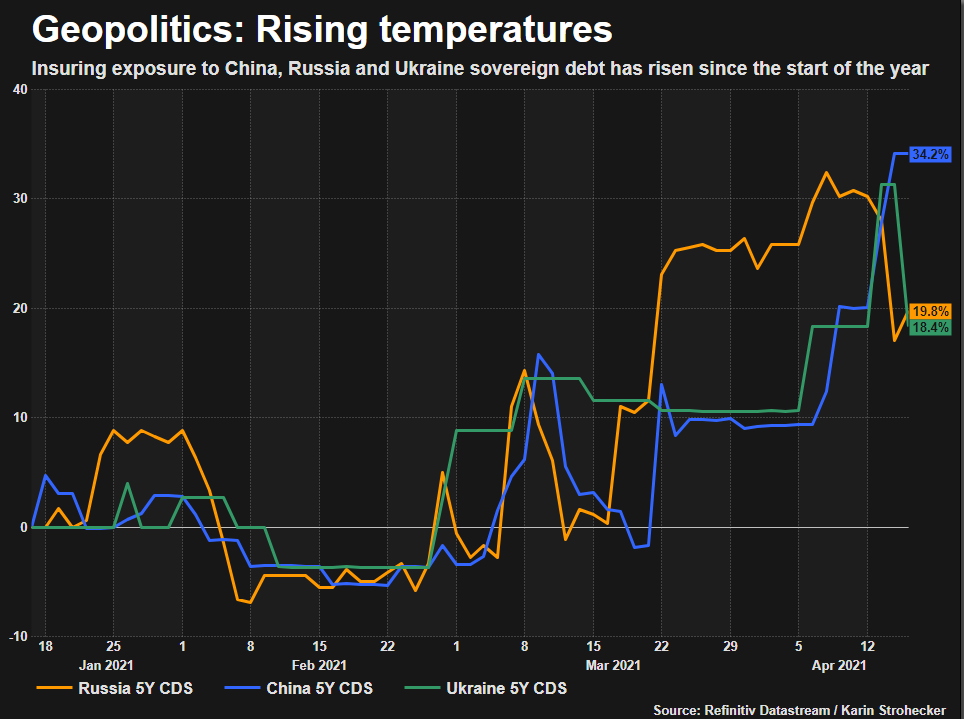 Netflix reports first-quarter results on Tuesday. It’s the first of the FAANG stocks – Facebook, Amazon, AAPL Netflix and Google-parent Alphabet – with others following suit in the coming weeks.

Netflix, the darling of the stay-at-home stocks, shone during the pandemic. But with vaccinations in full swing and consumers itching to get back out, darker days may lie ahead for the streaming giant. Still, recent efforts to crack down on password sharing could boost subscriber growth.

The stock hit a record high on Jan. 20, right after fourth-quarter results, but has slipped back since. Options markets are pricing a 7% post-earnings move in Netflix shares. That would boost Netflix close to January’s $593.29 record high, and may well help growth stocks get their mojo back.

The likes of Nestle, ASML and Renault will kick off Europe’s earnings season.

An overall earnings jump of 56% is anticipated, which would mark Europe’s best quarter in recent history and drive it out of a COVID-19-induced recession with a rare outperformance against corporate America. S&P 500 earnings are seen up 25%.

The bar is high and with the STOXX 600 index running at record peaks, disappointment may be hard to avoid. Yet investors are confident Europe Inc will make it as hefty stimulus boosts the global economy, outweighing setbacks in vaccine rollouts.

Reflecting that perhaps, is the 6-month streak of earnings upgrades, with shares in luxury giant LVMH scaling all-time highs on Wednesday after blow-out numbers. 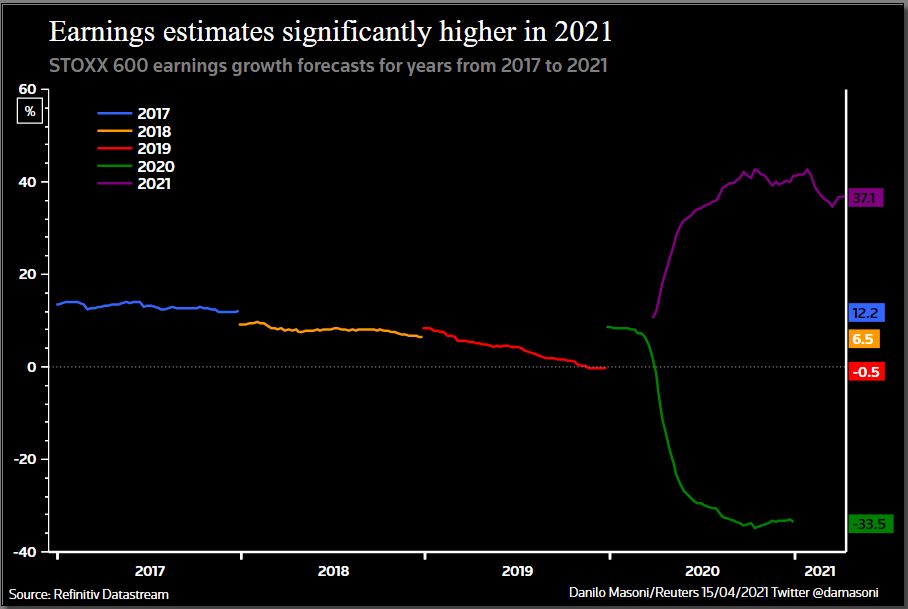 The coming days offer up the first real sense of how the UK economy has fared since it began emerging from lockdown.

A rapid vaccination rollout, which has eclipsed most major rivals, and tumbling COVID-19 infection rates makes Britain a litmus test for how confidently businesses and consumers stocked up on savings will respond to a reopening of the economy.

So, a clutch of data including March retail sales, inflation, employment numbers, and flash purchasing managers index surveys for April released from Tuesday onwards should shed light on how ready consumers and companies are to start spending again.

Inflation numbers will also be of interest after the Bank of England’s chief economist, a policy hawk who has sounded the alarm about inflation and has remained upbeat about a post-COVID-19 recovery, announced he would quit in June. 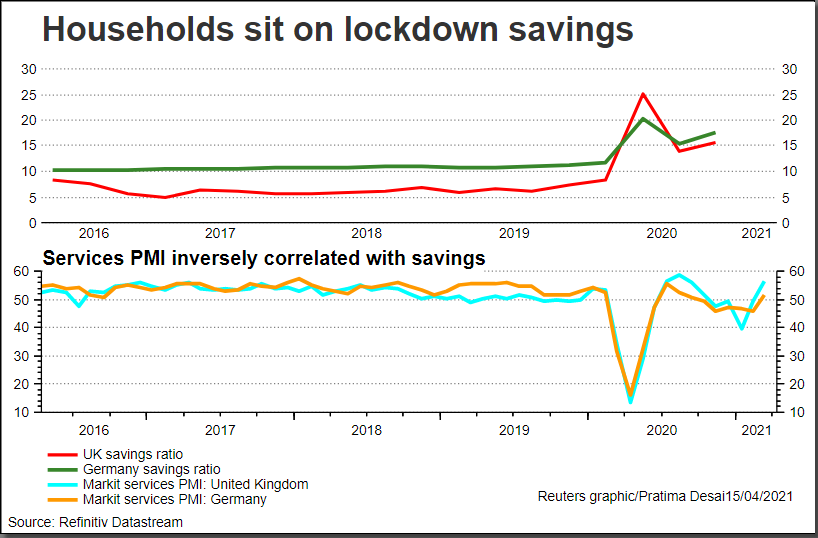