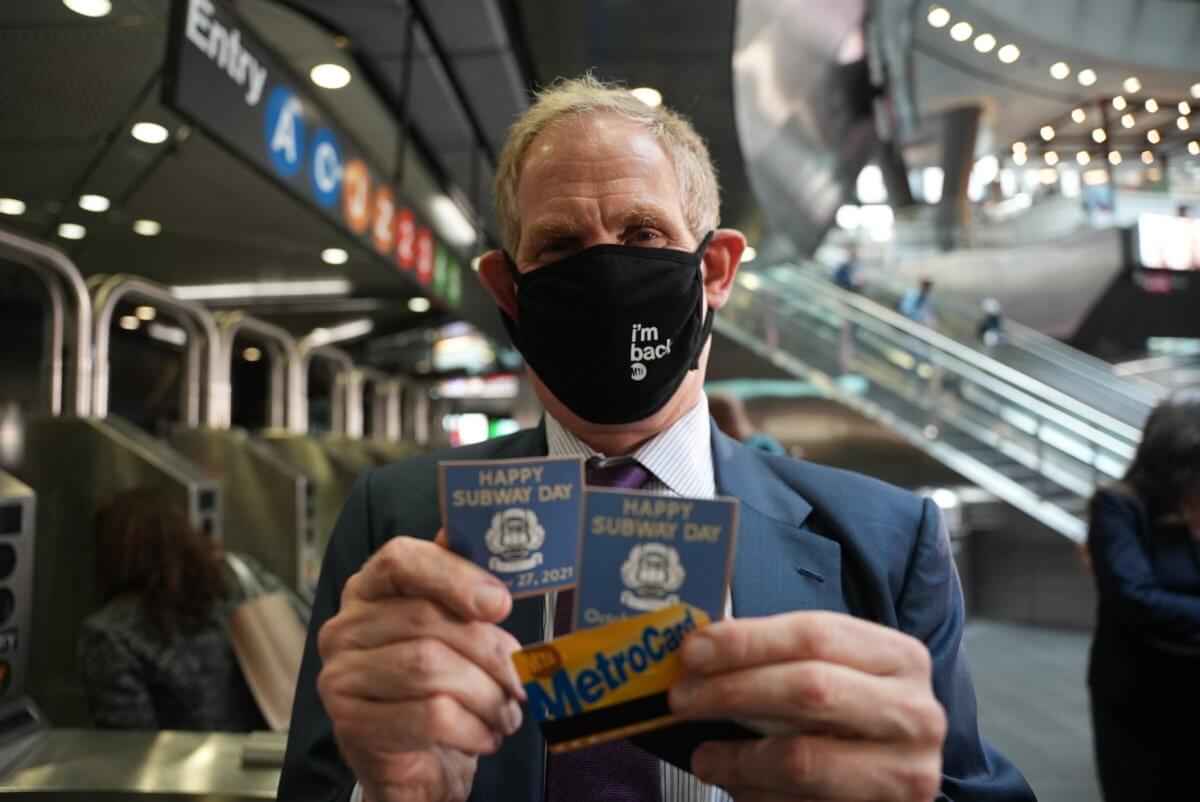 The holidays are typically a time for reflection, but this year I’m more focused on what’s to come in the next 12 months. 2022 is going to be a historic year for the MTA, with many important projects that will help bring our system into the 21st century slated to hit major milestones.

Top of list is East Side Access, which ran its first passenger test trains a few weeks ago. ESA will allow LIRR customers to travel directly to Grand Central, significantly reducing commuting time for Queens and Long Island commuters. Our new facility below the existing station will be the first major railroad terminal opened in the U.S. since the early 1950s – and by itself, LIRR Grand Central service is expected to constitute one of the biggest commuter railroad operations in the country.

Next year, LIRR riders can also start reaping the full benefits of our expansive Third Track project. The work that’s been completed so far – like the eight grade crossings we’ve eliminated to date and the eight new stations (including the just-finished Carle Place station) – is already making a difference. The finished project will allow for an even greater increase in peak service between Manhattan and Long Island, and, for the first time, meaningful reverse commuting service to give Long Island businesses access to the incredible talent pool in NYC.

Then there are the projects we are starting in 2022. The MTA is on the verge of awarding contracts to build Metro-North Penn Station Access, the marquee megaproject that will add four new Metro-North stations in the East Bronx (Co-op City, Morris Park, Parkchester and Hunts Point) and connect that railroad to Penn Station for the first time. Once completed, it’ll be a gamechanger for residents in one of the city’s driest transit deserts and for Westchester commuters headed to Manhattan’s West Side.

Slightly further south in East Harlem, we’re hoping to get moving on Second Avenue Subway Phase 2 using federal funds from the Biden Infrastructure Investment and Jobs Act. The legislation doubled the amount of grants available for transit expansion projects nationwide, and the MTA intends to compete for every last dollar. We already submitted a grant request for the project, which will add three new stations along Second Avenue at 106th St, 116th St and 125th St. This expansion, like Metro-North Penn Station Access, can unlock our incredible potential to give underserved communities the transportation equity they deserve.

Next year we also look forward to locking up federal approval for the MTA’s first-in-the-nation congestion pricing program. Implementing this plan is not only an environmental imperative, it will go a long way to improve quality of life in our city by reducing street congestion and harmful pollution.

Everything we do goes back to our core mission post-COVID, which is to bring riders back to mass transit and lead New York’s economic recovery. That starts with service. Performance metrics are up at every MTA agency, especially the subways, and we are determined to make buses move much faster. We continue to work with the City to add new busways and bus lanes, install cameras that keep private cars and trucks from blocking the buses, and also, implement transit signal priority, so our buses spend less time waiting at red lights.

Public transportation has been a lifeline for millions throughout this challenging past year, and we want our system to be there for NYC and thrive for 100 more. Here’s to 2022.

Janno Lieber is acting chair and CEO of the MTA.