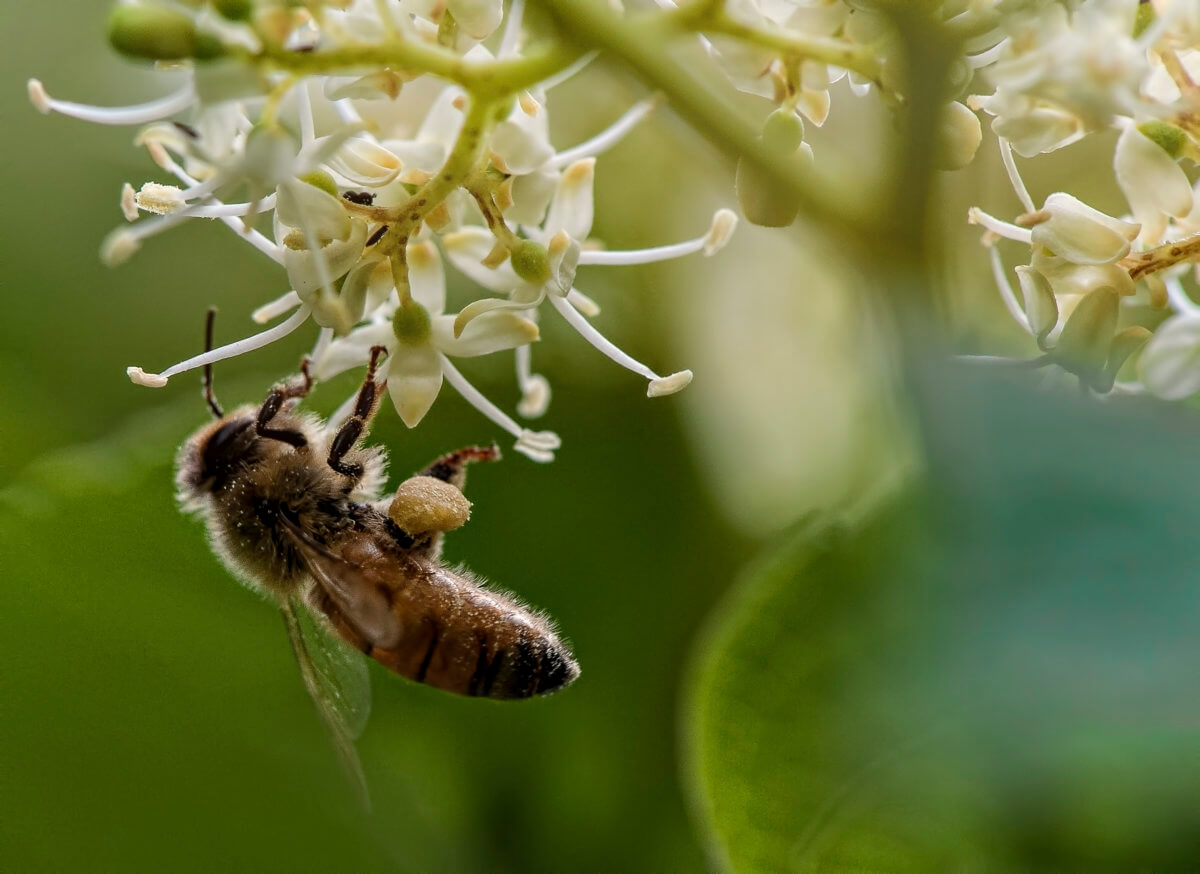 We can thank bees for many of the foods on our Thanksgiving tables this Thursday, from apple pie and squash, right down to the cranberry relish. Bees and other pollinators provide us with one out of every three bites of food we eat—often, the most delicious and nutritious ones. In fact, the world’s 20,000 native bee species pollinate more than 80% of its flowering plants, and countless ecosystems depend on them.

But bees and other critical pollinators currently face great peril. New York beekeepers reported losing more than half of their hives in the 2019-2020 growing year, the second highest annual losses on record. And many of our state’s 400+ species of native bees are also in freefall, such as the American bumble bee, which has lost 99% of its population here. That’s why one of the best ways to thank bees this holiday may be for you to ask your state representatives to curb reckless uses of neonicotinoids or “neonics”— the neurotoxic pesticides that have put bee populations in jeopardy. A bill up for consideration in Albany just after New Year’s Day—the Birds and Bees Protection Act—would do just that.

The stakes are no joke. While beekeepers frantically breed and replace honey bee colonies in an attempt to keep total numbers flat, wild bees and other pollinators vital to food production and ecosystem health enjoy no such help. The sting can already be felt. Favorite Thanksgiving pie fillings like apples, blueberries, and cherries depend on bee pollination, but are “pollinator limited” nationwide, meaning that farm yields are lower because of a lack of bees, butterflies, and other pollinators.

I founded the Bee Conservancy in response to this bee crisis. As a child, I grew up in a low-income neighborhood in Yonkers, just outside of New York City, with little-to-no immediate access to healthy food. As part of our U.S. work, we partner with communities like this that face food scarcity and other environmental challenges across New York City and state to bolster bee habitat in three key ways: distributing sustainably-sourced and locally-produced native bee homes designed to maximize bee health; establishing Bee Sanctuaries with honey bee hives, native bee dwellings, and strategic plantings; and launching programs that engage, educate, and empower people to produce healthy food and build green spaces.

Neonic pollution threatens that work. When neonic use skyrocketed fifteen years ago, bee populations plummeted, leading to our present predicament. Highly toxic to bees and other insects and designed to permeate plants (including their pollen, nectar, fruit, etc.), neonics also permeate ecosystems. Their popularity, persistence, and tendency to move with rainwater has made neonics pervasive contaminants of soil, water, and plant life across the state. That contamination also raises concerns for birds, fish, deer, and our health too.

Simply put, we won’t ever be able to pull bees back from the brink if we continue to live in a world that’s toxic to them at every turn.

Fortunately, science can guide that way back. A recent report from Cornell University shows that the vast majority of neonic use in New York either doesn’t provide economic benefits to users or can be replaced with safer alternatives. The Birds and Bees Protection Act prohibits only those uses—namely, neonic coatings on corn, soybean, and wheat seeds as well as turf and ornamental uses—while preserving others, such as treatments against invasive species. While not as extensive as the European neonic ban, the result would be a much-needed break for all pollinators, without big costs or the need to switch to more harmful pesticides.

Sometimes giving thanks requires nothing more than saying “thank you.” Other times, it demands action. As you finish your pumpkin pie this holiday (which, yes, is brought to you by bees), please remember to reach out to your state representatives to tell them to support the Birds and Bees Protection Act this upcoming year. Our bees, and the ecosystems and creatures (including people!) that depend on them, will thank you.

Guillermo Fernandez is the Founder and Executive Director of The Bee Conservancy based in New York, NY