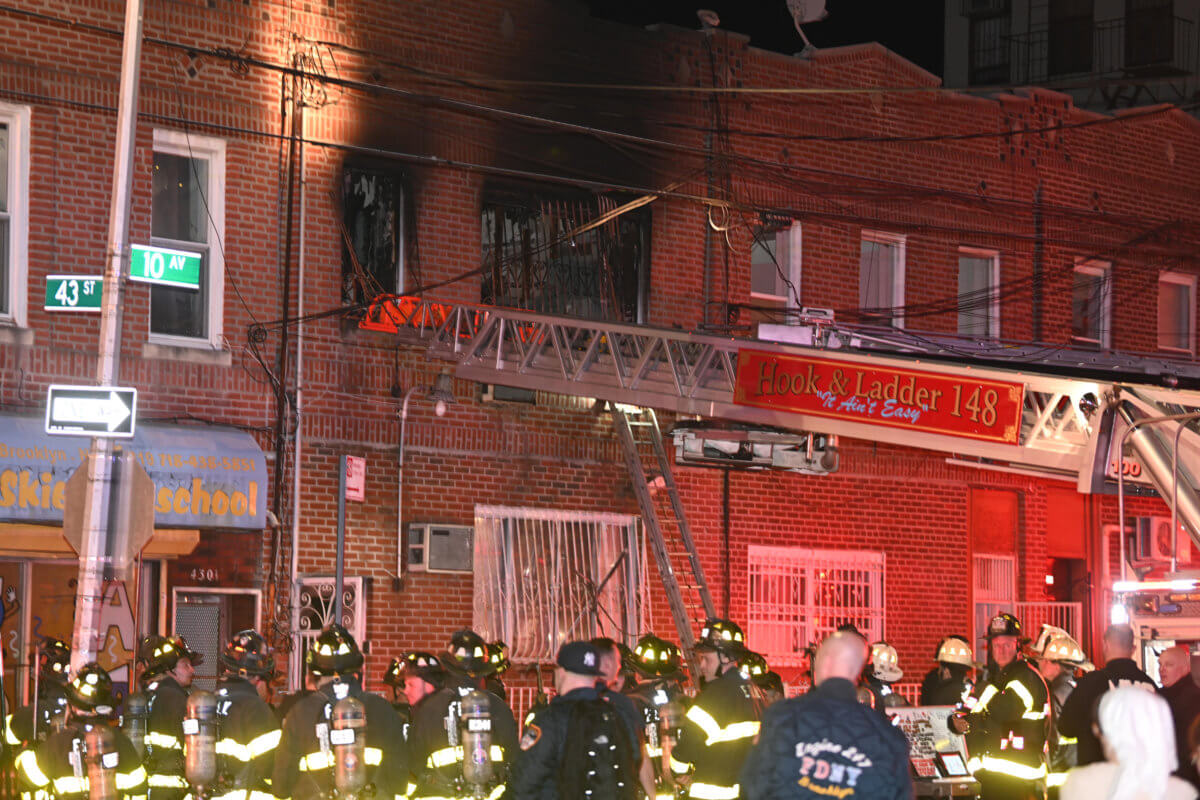 Firefighters at the scene of a two-alarm inferno at a home on 43rd Street off 10th Avenue in Borough Park, Brooklyn on April 22, 2022.
Photo by Lloyd Mitchell

Two firefighters and a resident suffered minor injuries during a two-alarm Brooklyn fire on Friday evening.

Fire Department sources said the blaze broke out in Borough Park at about 9:10 p.m. on April 22 at a home located on the 4300 block of 10th Avenue in Borough Park.

The first responding FDNY units observed heavy fire conditions engulfing the second-floor and roof of the residence. Several families were displaced as a result.

Approximately 125 members of New York’s Bravest responded to the emergency. With many residents looking on, they used four hose lines to douse the flames.

The fire was brought under control at about 10:36 p.m. on Friday evening. Fire marshals are now investigating its cause.

Check out our coverage on three-alarm fire that occurred in Canarsie on Sunday, April 24th.