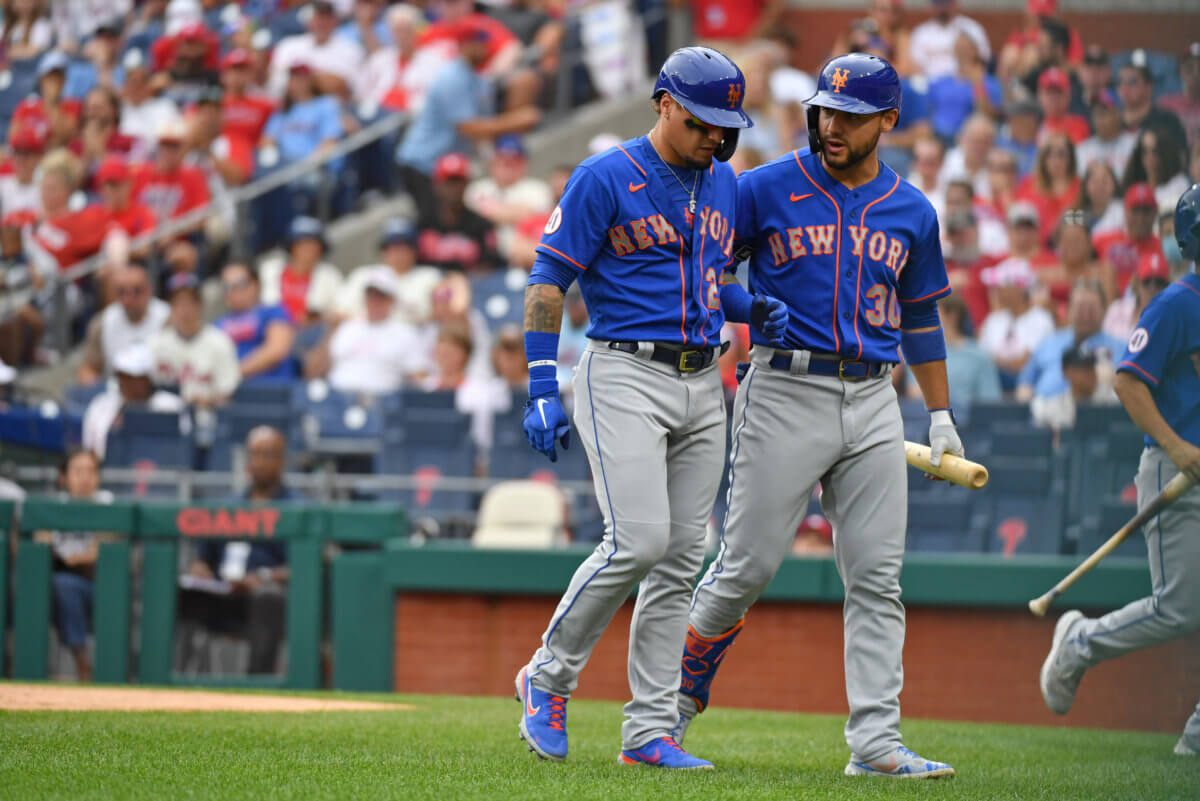 Javier Baez is out of Tuesday's lineup as he deals with a lower-back issue.
Eric Hartline-USA TODAY Sports

Javier Baez was not included in the Mets lineup for their Tuesday-night series opener against the Washington Nationals at Citi Field after he left Sunday’s game against the Philadelphia Phillies early after injuring himself while swinging the bat.

Just before game time, manager Luis Rojas disclosed that Baez is dealing with tightness in his lower back rather than his left hip, which was initially expected when he couldn’t get out of the batter’s box after grounding out during the fifth inning of a 3-0 loss. Upon making contact, Baez winced and immediately grabbed his left side/hip area and promptly left the game.

Rojas admitted that Baez could be an option to come off the bench tonight, but it depends on what team trainers think.

“We’ll have to reevaluate that with our performance staff closer to game time,” Rojas said. “That’s the situation right now. He’s worked on it, worked on it during the day off, came in early today. That’s all I know right now.”

Baez was acquired from the Chicago Cubs at the July 31 trade deadline to fill in for the injured Francisco Lindor, who is working his way back from an oblique injury.

Upon Lindor’s return, Baez is expected to move to second base where he and Lindor — who are good friends — could potentially provide one of the best double-play combinations in baseball.

The 28-year-old has experienced a slow start to life in Queens, batting .176 over his first nine games with two home runs and three RBI.

Baez also provided an injury scare on Aug. 2 when he came up lame trying to beat out an infield single. It turned out to be a nagging heel issue that he has been able to play through.