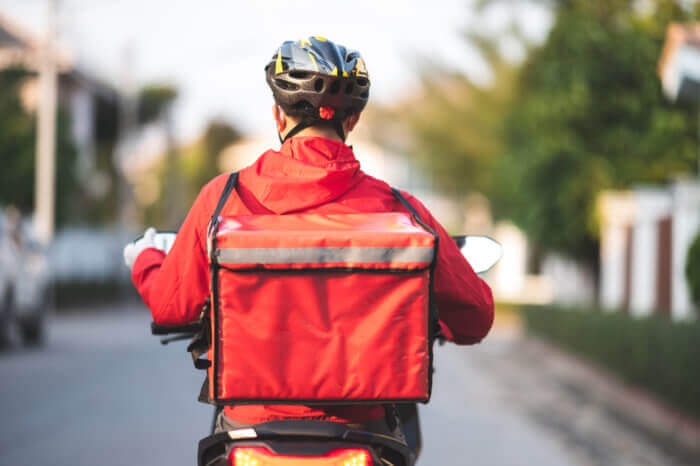 The City Council approved a bill Thursday to restrict the proliferation of single-use plastic utensils, the latest bill to regulate the ubiquitous eating implements that bring convenience to diners but havoc for the environment.

Intro 559-A — AKA the “Skip The Stuff” bill — sponsored by Bronx Democrat Marjorie Velázquez, prohibits restaurants from furnishing takeout or delivery orders with plastic utensils, condiment packets, napkins, or extra food containers, unless a customer specifically requests those, either in-person or through a third-party delivery app.

“This is a bill that will cut down on single-use plastics, which if they’re not cluttering up a drawer in your house, it takes decades or centuries to break down, polluting our waterways, killing wildlife, and even ending up in our own bodies because of microplastics,” said Velázquez at a press conference with Speaker Adrienne Adams, ahead of the Council’s stated meeting on Jan. 19. “This will also save our food establishments money by providing utensils at the request of consumers.”

Violating restaurants or delivery services can be subject to fines starting at $50 for a first violation, climbing to $250 for the third and subsequent infraction in a given year. Fines will not be levied until July 2024, with the city providing warnings to violators until then.

The bill was approved unanimously by the Council’s Consumer & Worker Protection Committee and sailed through an up-or-down vote among the full legislative body. The Mayor’s Office did not return an inquiry as to Mayor Eric Adams’ position on the bill, and whether he will sign it.

New Yorkers throw out tens of millions of single-use plastic utensils every year; Americans waste more plastic than any other national population, and more than the entire European Union. Once disposed of, those plastics, often too small for proper recycling, are brought to landfills and often end up in waterways, posing severe hazards to marine habitats and aquatic wildlife.

Despite that, the volume of plastic used and wasted in the United States grows every year, with about 42 million metric tons dispensed annually. Waste is not the only concern with plastics: they are produced using petroleum, which emits greenhouse gases into the atmosphere.

“[The fossil fuel industry] see throwaway plastics as a major growth sector,” said Eric Goldstein, NYC environment director at the Natural Resources Defense Council. “And if we’re gonna solve the climate crisis we need to find a way of not extracting every last drop of fossil fuel on the planet.”

The bill got the support not only of environmental advocates, but also of the restaurant industry, which will likely reduce costs for businesses no longer feeling obligated to provide utensils for free. In Los Angeles, a similar measure was expected to net businesses between $3,000 and $21,000 annually, according to the bill’s sponsor, in savings from reduced output on items given out for free.

“The ‘Skip the Stuff’ bill is a win-win that will help support our neighborhood restaurants in saving money by reducing the number of single-use plastic utensils and condiment packages that often go unused,” said Andrew Rigie of the NYC Hospitality Alliance, a restaurant trade group, “while also reducing the plastic waste that ends up in our waste system, in our waterways, and on our streets.”

City lawmakers unsuccessfully attempted to pass the bill previously in 2021.

Whether the bill actually curbs the ubiquitous “stuff” remains to be seen. In recent years, New York State almost entirely banned plastic bags and the city prohibited plastic straws (in the latter case, unless a customer requested one). Enforcement on both of those has been scant and the items are still ubiquitous at stores and restaurants across the five boroughs.

“There’s been progress made,” said Goldstein. “But definitely, enforcement needs to be elevated a notch or two to achieve the expected benefits of these worthwhile legislative advances.”