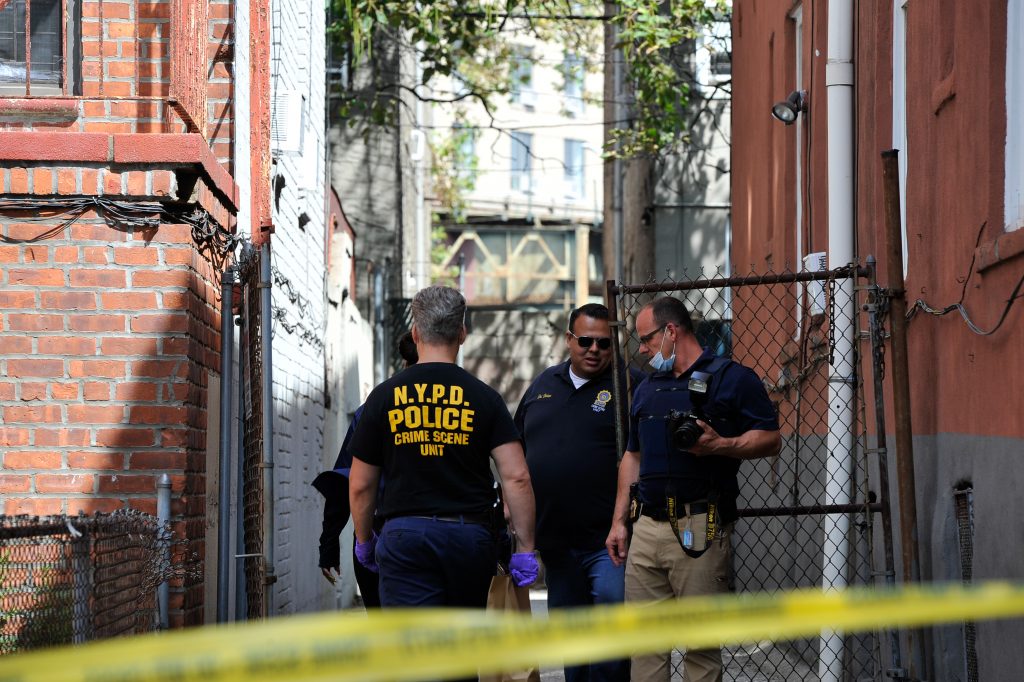 A woman’s body was found on the roof of 277 Rockaway Parkway in East Flatbush. (Photo by Lloyd Mitchell)

The body of a 30-year-old partially clad woman was found on the roof of a Brooklyn building this morning, police officials said.

The woman, not identified, was found at 8:31 a.m. wrapped in a plastic tarp on the roof of 277 Rockaway Parkway in East Flatbush, Brooklyn. People who reported the body were seeing it from 9720 Kings Highway, police say.

Police from the 67th Precinct said they could not immediately disclose the identity of the victim and the cause of death would be determined by the City’s Medical Examiner.

However, police were treating the death as a homicide.