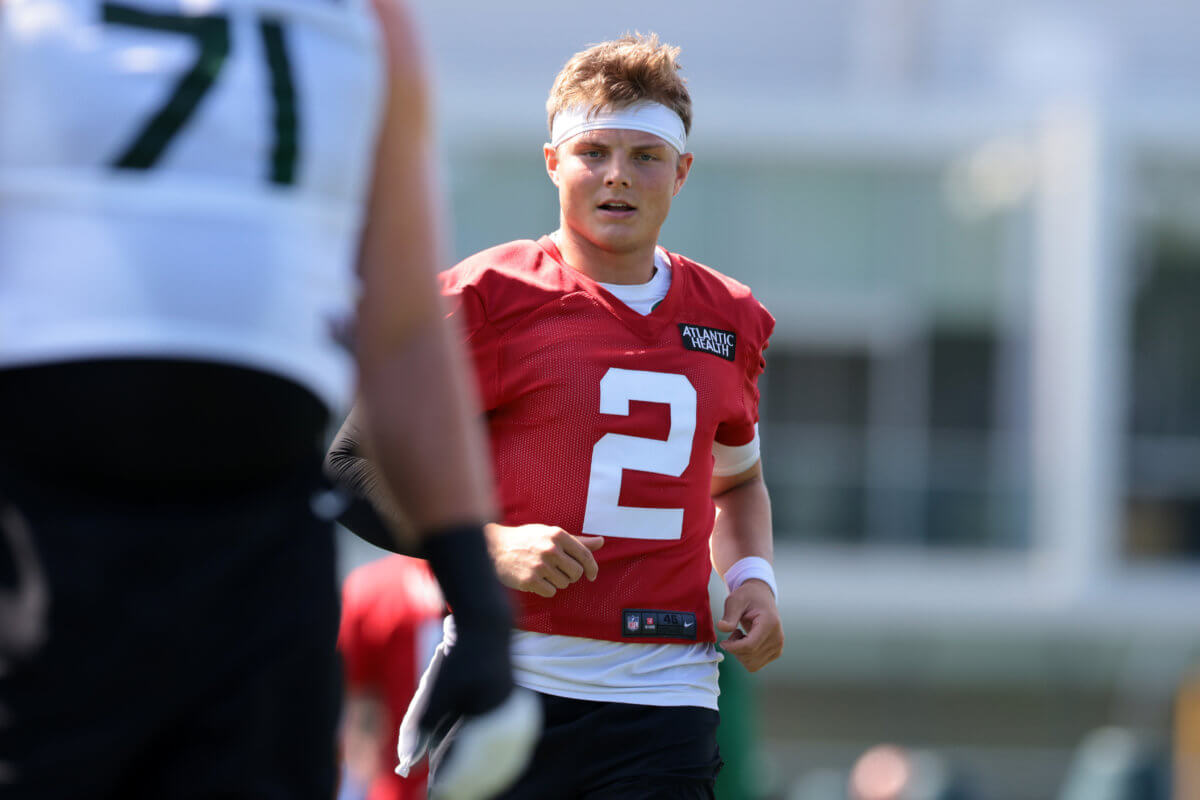 Is there too much stock taken into the first weeks of training camp as teams around the NFL ramp up for a new season?

Glorified practices and scrimmages are streamed across the country as analysts and pundits try to break down every little meticulous movement that is nothing more than professional football players preparing for the rigors of a 17-game regular season.

However, there is no fan base that can hit the panic button quite like that of the New York Jets — and understandably so. This is an organization fluent in “Murphy’s Law” of whatever can go wrong, will go wrong.

So, naturally, there have been some grumbles and worrisome glances exchanged amongst the Gang Green faithful when rookie quarterback Zach Wilson — selected second overall in the 2021 NFL Draft out of BYU — had a couple of rough days on the job.

“He’s fine,” Saleh said. “He’s going to be just fine. There’s a process that he’s got to go through.”

That process included a zero-touchdown, two-interception performance against the first-team defense during Saturday’s Green & White scrimmage.

On Monday, things started out promising enough when he hit Corey Davis for a pair of touchdown passes on consecutive red-zone attempts. But he missed his last seven passes in 11-on-11 drills to end the day hitting on just 5-of-13 attempts while getting sacked twice.

The 22-year-old Wilson is going to be saddled with the unfair expectations of leading a franchise that has been lost in the desert for the last five decades to the promised land. Such impatience is understandable from a fan base that has been put through the wringer by the team and management over the decades.

But Saleh is taking things one step at a time to ensure that Wilson doesn’t become the next precautionary tale of quarterbacks that haven’t worked out with the Jets like Sam Darnold or Geno Smith or even Mark Sanchez.

“Just be comfortable in the offense,” Saleh said in what he is hoping to see from Wilson in the coming weeks. “Seeing coverages, seeing different things. He’s got to see it all. The more he sees, the more reps he gets, and the more comfortable he’s going to get.”