Mets reveling in playoff-like atmosphere of Subway Series: ‘I have honestly never played in an environment like that’ 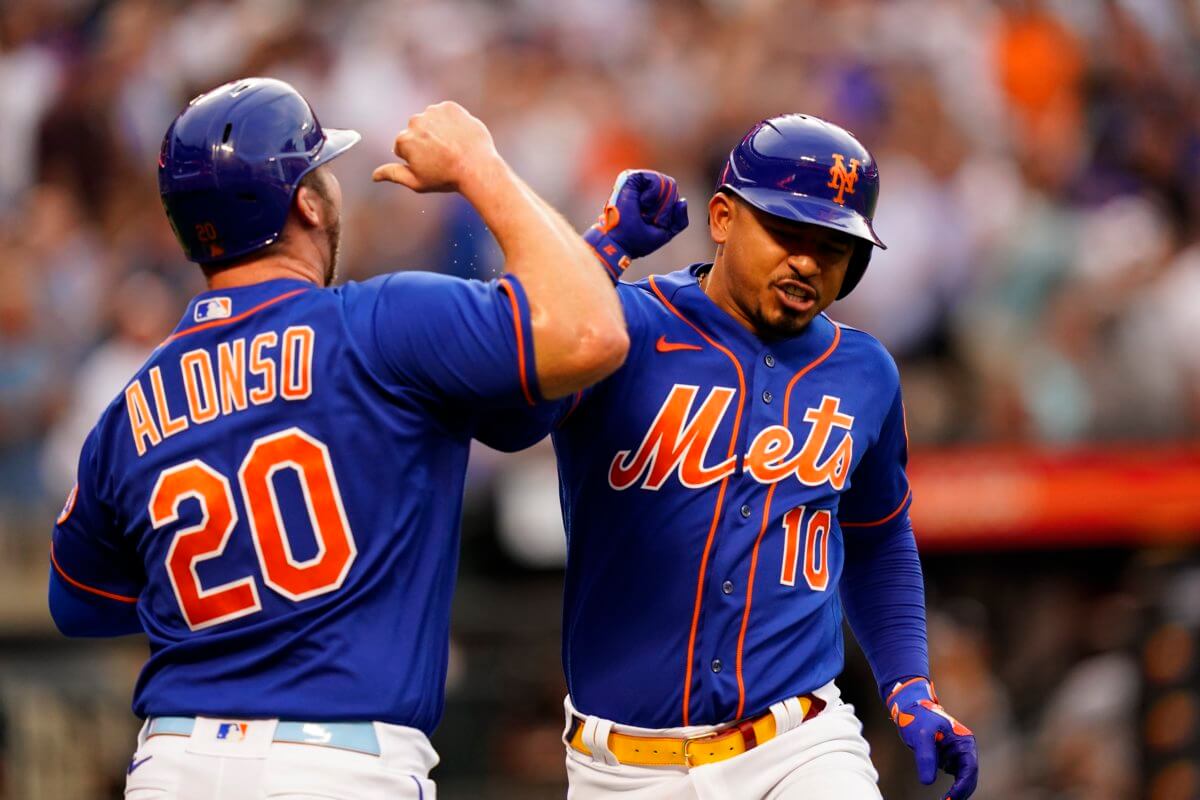 If the Mets play baseball deep into October and potentially November, they’re getting an appetizer this week with the crosstown-rival Yankees on their side of the East River.

The Subway Series offered what Mets starting pitcher Taijuan Walker described as an “electric” atmosphere at Citi Field on Tuesday night — a sellout crowd of 42,364 split nearly down the middle between blue and orange and navy pinstripes.

“I’ve never played in a major-league playoff game before but if I were to guess, that’s what it’d be like,” Mets slugger Pete Alonso said after their 6-3 win in the opener. “Looking to change that this year, though.”

The victory ensured that the Mets would remain in first place ahead of the Atlanta Braves through the heavyweight tilt with the Yankees — the first time ever that both New York clubs face each other while in first place in their respective divisions while being at least 20 games or more over .500.

This perch is something the Yankees are used to but not so much the Mets, who were sparked by a two-run home run by Eduardo Escobar in the first inning that proved to be the game-winner.

“It’s one thing to hear about it. You hear a lot of the stories, but it’s something else to play in it and live it. The environment was unbelievable… Hitting that home run was like hitting my first big-league home run.”

Even manager Buck Showalter admitted that there was a little extra juice, all while trying not to get too ahead of himself or his team.

“We’ve played a lot of emotional games here already. Any time you play in New York and you play in front of our fans, there’s a real engagement of it,” Showalter said. “Obviously, you understand why it might be at a different level, and rightfully so… It’s a privilege to be able to play [on this stage]. I told the players in advance, to play in this environment, have fun and draw something from it so you can reach back to it if we go forward, hopefully, so you’ll be able to use it if we get an opportunity to do what we’re trying to do.