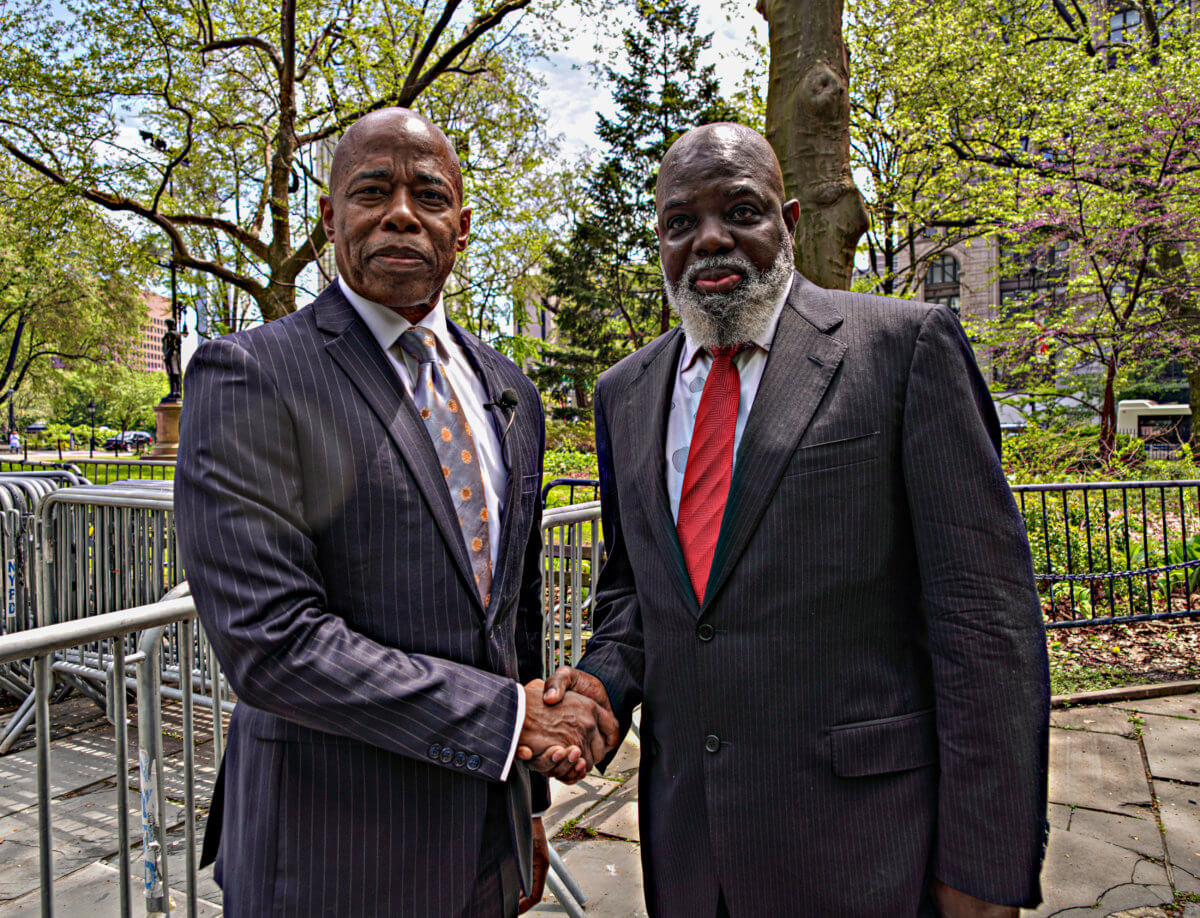 For mayoral candidates on the campaign trail, every endorsement could mean the difference between sitting in the city’s highest office and attending the inauguration of a rival. On May 4, Adams called his latest endorsement, “One of the most significant that one can receive in this race.”

Many recall Louima’s horrendous experience being divulged from a hospital bed in 1997 as he described how he was viciously beaten and violated by NYPD officers; the attack required him to undergo multiple surgeries.

As a former NYPD officer, Adams feels the gravity of Louima’s endorsement cannot be understated.

“Louima’s story is not just about police brutality. It’s about ending the systemic racism in our country and the brutality so many have experienced and the hands of those officers that want to use their badge and gun for abuse and not to protect and serve,” Adams said.

Standing beside one another in City Hall Park on May 4, Adams reminded the public that the need for police reform is nothing new, and that he was an officer during the time Louima was brutalized. Adams said he, too, experienced police brutality at the age of 15.

“As many of you know, my activism did not start when I became state senator or when I became a Borough President. It started from the floor of the 103rd Precinct when I was kicked repeatedly in my groin, urinating blood for a week, unsure if I will ever have children,” Adams said. “Let me tell you something, those bruises may leave but the scars remain forever. Some 20 years later, as I fought in the Police Department for change to hear the story of Abner Louima, it brought back all of those memories, all of those moments of just how bad we have become and we were unwilling to change.”

Adams is in a unique position in that while he does not advocate for defunding law enforcement, he is calling for a complete reform to change the culture. He believes that being a former officer, his history of activism on issues like that of Louima, Amadou Diallo, Anthony Baez, and many more, coupled with his political background make him one of the few voices in the race that could successfully walk this slippery road.

Louima agreed, flying out from his Florida home to be in Manhattan so he could endorse Adams in-person.

“My message today is clear: New York as one of the greatest cities in the world needs a great leader with a lot of vision. Eric Adams really doesn’t need any introduction for his vision, what he has already done, and I believe he will be the greatest mayor for a great city,” Louima said, sharing that he entrusts Adams to do right by New Yorkers.