By Alejandra O'Connell-Domenech Posted on January 22, 2021 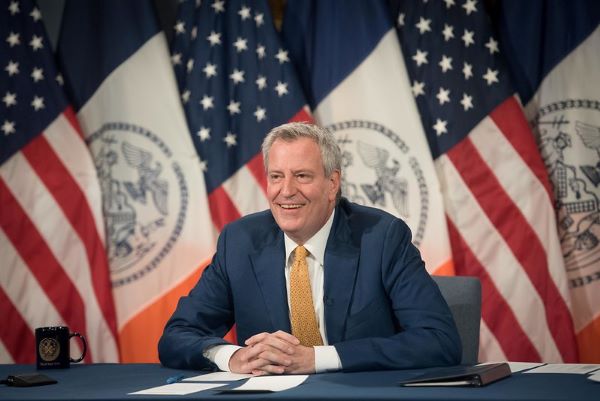 A total of $38 million in infrastructure grants were awarded to four of the city’s scientific institutions to create four new biotech centers in an effort to transform New York City into the “public health capital of the world,” Mayor Bill de Blasio said Thursday.

The four institutions–Columbia University, the New York Stem Cell Foundation, Rockefeller University and Montefiore-Einstein–were each given differing amounts with the goal of advancing innovative treatments and growing the industry.

Up to $9 million of the grant will go to Columbia University’s Therapeutic Validation Center to establish research facilities aimed at turning early-stage research into start-ups. The new center, housed at the college, uses mass spectrometry imaging technology to create medicines that use the behavior of different cells in the human body to help eliminate disease.

Montefiore Medicine, in partnership with its medical school, the Albert Einstein College of Medicine, will use as much as $13 million, to setting up a new center dedicated to creating a “biomanufacturing operation” focused on cell, gene, and antibody therapy production.

The Rockefeller University will get up to $9 million to convert academic research labs into a new center called the Tri-Institutional Translational Center for Therapeutics, dedicated to commercial life sciences research while up to $6.5 million will be given to the New York Stem Cell Foundation to help their Research Institute in West Midtown turn their research into new drugs and treatments ready for the clinic.

“From the Industrial Revolution to the digital revolution, New York City has always been at the leading edge of innovation and Life and Sciences is one of the fastest-growing sectors,” said James Patchett, president and CEO of the New York City Economic Development Corporation, who joined the mayor for the grant announcement.

“Today’s announcement is proof that we will continue to be the center of innovation,” he added.