Two men shot, one critical, in shooting at Red Hook Houses in Brooklyn 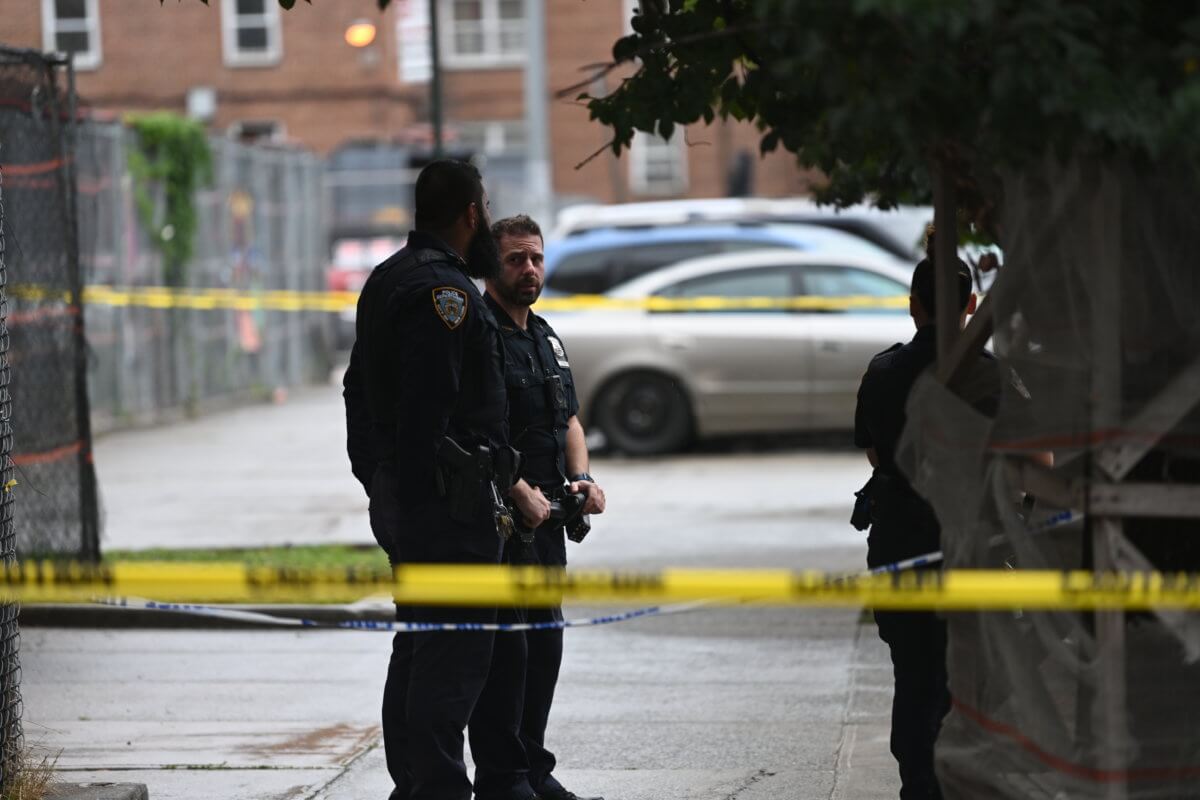 Two people were injured in what appears to be a targeted shooting in Brooklyn on Thursday morning.

Police responded to a call regarding a shooting at the Red Hook Houses, located at 456 Columbia Street, at around 10:55 a.m. on Sept. 22. Upon their arrival, officers found a 52-year-old man, who was shot in the chest and leg, and a 33-year-old man who had been shot in the leg.

The NYPD believes that the 52-year-old victim, who is known by the 76th Precinct due to prior arrests, was the intended victim of the shooting. It is unclear at this time if the motive was gang-related at this time. Police say that the 33-year-old victim is a NYCHA employee who got caught in the crossfire.

A .9mm firearm was recovered near the 52-year-old victim, as well as over 17 rounds at the scene. Police are looking for two suspects, described as men in their 20s, in connection to the shooting.