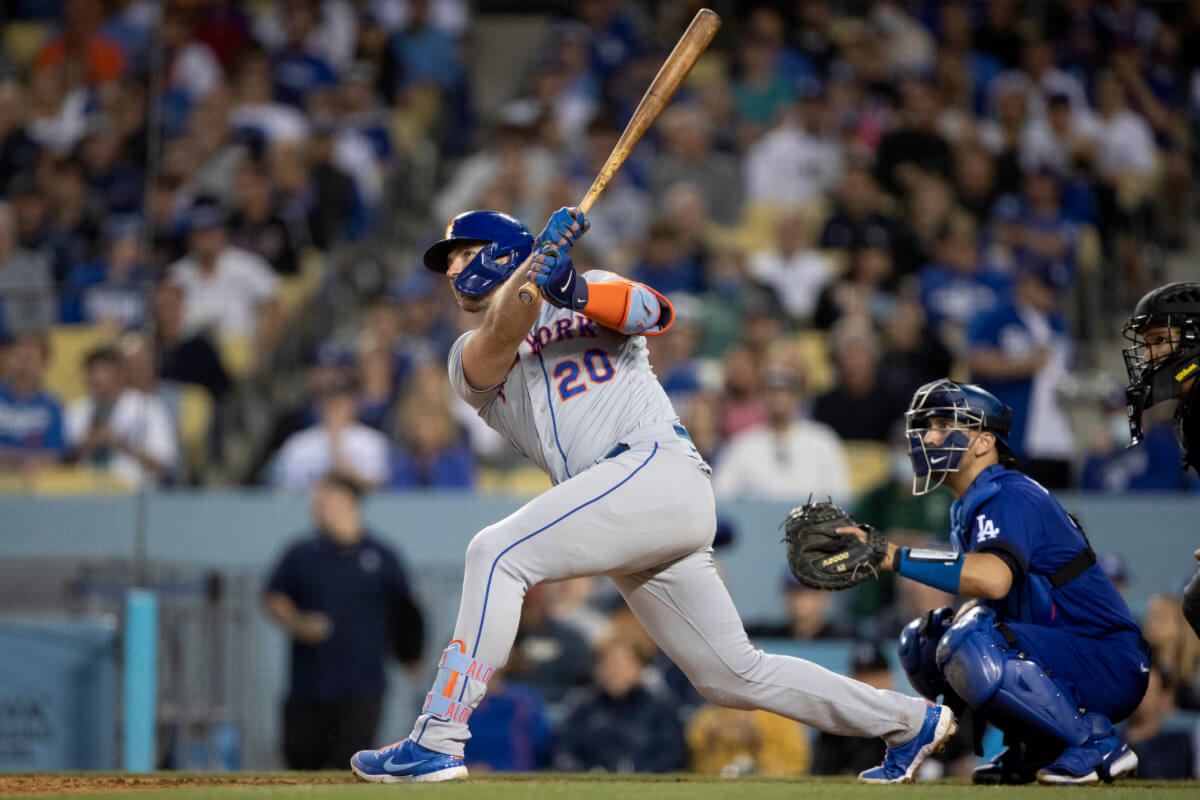 Pete Alonso continued his torrid 2022 season on Saturday night in the place that has been one of the most kind to him: Los Angeles.

The Mets slugger hit his 15th and 16th home runs of the season while posting his third five-RBI game of the year already against a Dodgers team in which he’s hit seven home runs in his first 11 career games in their ballpark.

No one has ever done that before.

Entering Sunday’s action, Alonso is tied atop the National League lead with 16 home runs (with LA’s Mookie Betts) and the MLB lead with Jose Ramirez of the Cleveland Guardians — laying the foundation for what just might be the greatest offensive season we’ve seen in Mets history.

The 27-year-old is on pace for 47 home runs this season, which would be second in franchise history only behind his franchise record of 53 during his rookie year in 2019, and 156 RBI — which would blow the previous team record of 124 (Mike Piazza, David Wright) out of the water.

Alonso is now up to 122 career home runs in his fourth MLB season, which tied him for 10th all-time on the franchise’s list with Kevin McReynolds.

At this point, it’s only further validation that Alonso is the greatest slugger in Mets franchise history… already.

It’s quite remarkable to come to such a conclusion about a player who has only been in Queens for three-plus seasons, but his slugging number set him so far apart from the rest of the field, that it’s impossible to deny it.

Alonso has managed to move into the top-10 in career home runs for the Mets despite ranking 67th in games played and 52nd in at-bats.

He also ranks No. 1 on the franchise’s slugging percentage list at .544.

This isn’t a feast-or-famine type hitter, either. He ranks third in franchise history among players with at least 500 at-bats with an .894 career OPS behind only John Olerud and Mike Piazza and OPS+ (140) behind Darryl Strawberry and Olerud.

If that isn’t enough to convince you of Alonso’s elite level, consider this. Over Alonso’s 1,809 career plate appearances prior to Sunday night, he averaged one home run per every 12.89 at-bats (122 HR in 1,573 at-bats).

Should he keep that pace up — which is quite an ask regardless of the magnitude of the player — through his 3,000th career plate appearance, it would qualify him for third all-time in fewest at-bats per home run in Major League Baseball history.

It seems like the answer to the question posed in this headline is a pretty resounding yes.