Jacque Vaughn on becoming Nets coach: I guess I was the write-in candidate 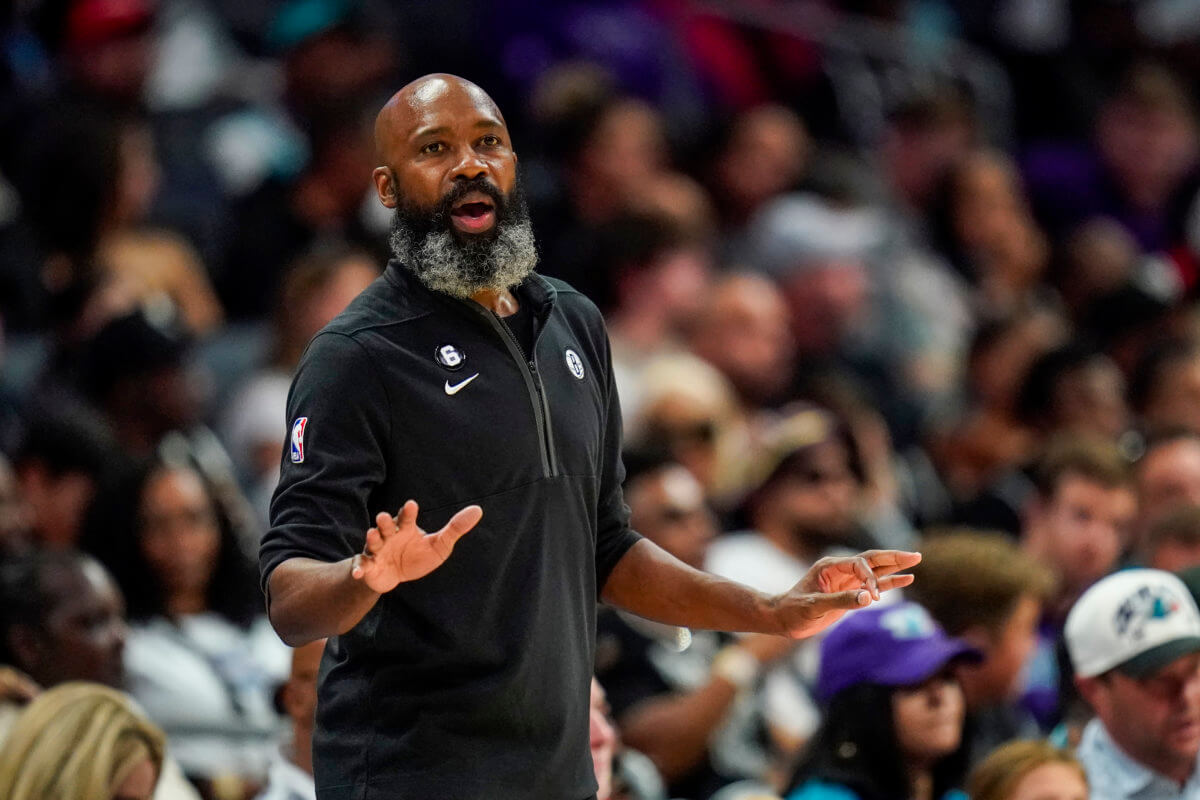 New Nets head coach Jacque Vaughn took it in stride when he was asked about the reports that Ime Udoka had been the front-runner for the job before the franchise changed course. Vaughn, who had been serving as the acting head coach since the team parted ways with Steve Nash last week, was given the full-time job on Wednesday, but only after ownership had gotten some significant pushback on the possibility of hiring Udoka.

“I guess I was the was at the write-in candidate,” Vaughn joked during a pregame press conference at Barclays Center. “But I’m okay with that. I said to my wife, I might have not been her first choice and we’ve been together 20 years so you know, it could all work out. So off we go.”

The decision to hand Vaughn complete control of the team came after a week of uncertainty over who would be named the next head coach. Multiple reports initially pointed to Udoka, who had been engulfed in an off-court scandal involving an inappropriate relationship with a female staffer with the Boston Celtics.

When general manager Sean Marks spoke with reporters on Wednesday night, he declined to go into what prompted Brooklyn not to hire Udoka.

“Like all other searches we’ve ever done, whether it’s front office or coaching staff, it’s never appropriate to talk about who may or may not have been a candidate for this job. All I can tell you is there was an exhaustive search. We’ve been through candidates and we’ll leave it at that,” Marks said.

The Nets GM noted that Vaughn brings stability to the organization, which the Nets could desperately use after an already turbulent start to the season that has included an ugly start on the court and off-court drama involving Kyrie Irving. Vaughn has coached the Nets to a 2-2 record during his time as the acting head coach.

Marks also heralded his experience with everyone in the organization.

“He’s seen it all. He knows all of us,” Marks said.  “There’s a relationship here that he already has with whether it’s front office and staff and also the players. So at this particular time, to be honest, we were gonna have to find somebody better than JV in order for it not to be JV.”

The position will be Vaughn’s first time as a head coach without the interim tag since he ran the Orlando Magic bench from 2012-2015. He coached the Magic to a 58-158 record during his time in Orlando.

The new Nets recalled the experience and what he’s learned about himself since then.

“I was a young coach. I’m definitely glad I took that job,” Vaughn said. “It made me a better assistant coach. What my head coach needs along the way, so that power was powerful. I’ve just grown as an individual. Much more secure in myself as you see with this beard right here. And so, you know, I just felt you can grow and be a better person, be a better coach and I’m fortunate to be in this situation. But I would have taken that job again. I learned from it. I still have friends. Players that I coached still come up to me, so I’d do it again.”